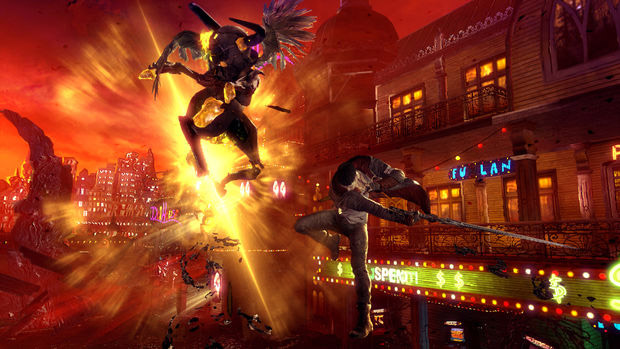 Having previously spoken with Capcom about DmC: Devil May Cry running at 30 frames per second as opposed to the series’ traditional 60 fps, we heard that “it still feels really good” from Capcom Japan producer Motohide Eshiro.

Eurogamer talked to director Hideaki Itsuno, who elaborated on the topic. “During the course of the development of Dragon’s Dogma we did a lot of experimentation and happened upon some techniques for working with Unreal Engine, some fairly elaborate techniques, that allow for a controller responsiveness that gives the player the feel of 60 frames per second,” he noted.

“So even though you have it running at 30 frames per second,” he continued, “you create the motions and the poses in such a way that the brain will naturally fill in what would have been the extra frames. Also, on the players’ side, we made some adjustments to the button response and when it’s reflected on screen.”

I can’t speak from personal experience, but they are certainly setting themselves up for scrutiny here. “We still feel like as soon as you stop playing DmC and play other games they feel very slow in comparison and a bit sluggish,” explained Itsuno. “At least that’s for me. We’re quite pleased with how responsive and how fluid it feels.”

Dragon’s Dogma taught Capcom new tricks that give Devil May Cry the feel of 60 frames per second, publisher claims [Eurogamer]