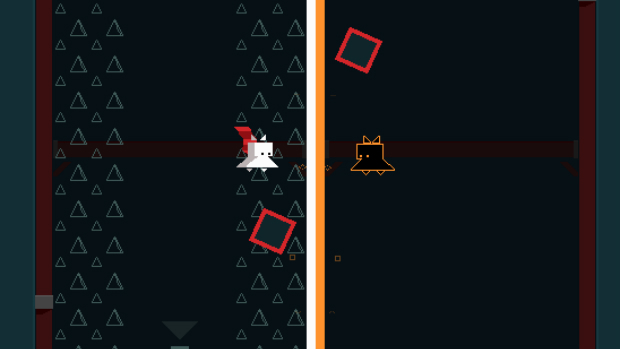 No relation to the Pok?mon

Looking for something to do today while pretending to work? Nitrome has you covered with its newly released puzzle-action platformer Ditto. In it, you control a white creature that looks a bit like a cross between Toro Inoue and the protagonist from Journey, with a Princess Peach-esque floating ability. The catch is that there are mirrors around, which reveal a shadow version of the character, and each version and its environment affects the other.

It plays a bit like Fractured Soul, except that the shadow cat disappears when out of the area of influence of one of the mirrors, so it can be protected or even disregarded in that state. Eventually, Ditto gets fairly difficult, but it should provide a good hour or two of entertainment while you are waiting for the weekend to begin.