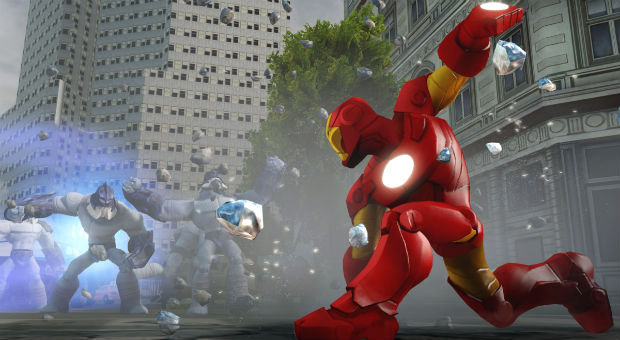 Say goodbye to Mickey and hello to Iron Man

Disney Interactive has confirmed that Disney Infinity: Marvel Super Heroes will release to North American retailers on Tuesday, September 23. The sequel to the family IP established last year will expand the platform with the introduction of new playsets and characters that players can experience exclusively inside of the new version of the game. The Toy Box mode makes its return with enhanced features which users can use to create their own adventures and share them online with friends.

The company also announced the official launch of its pre-order program. Starting today through September 22, as a bonus for pre-ordering the Disney Infinity: Marvel Super Heroes Starter Pack, customers will receive a Disney Infinity 2.0 Marvel figure. The game will be available for pre-order this week at San Diego Comic-Con at the Disney Infinity Pop-up Shop and at the Marvel booth (#2329) inside the San Diego Convention Center. The game will also be available for a hands-on demo at both locations during the show.

Disney Interactive has also confirmed that all characters and power discs from last year’s release of Disney Infinity will be compatible with the Disney Infinity: Marvel Super Heroes Toy Box.