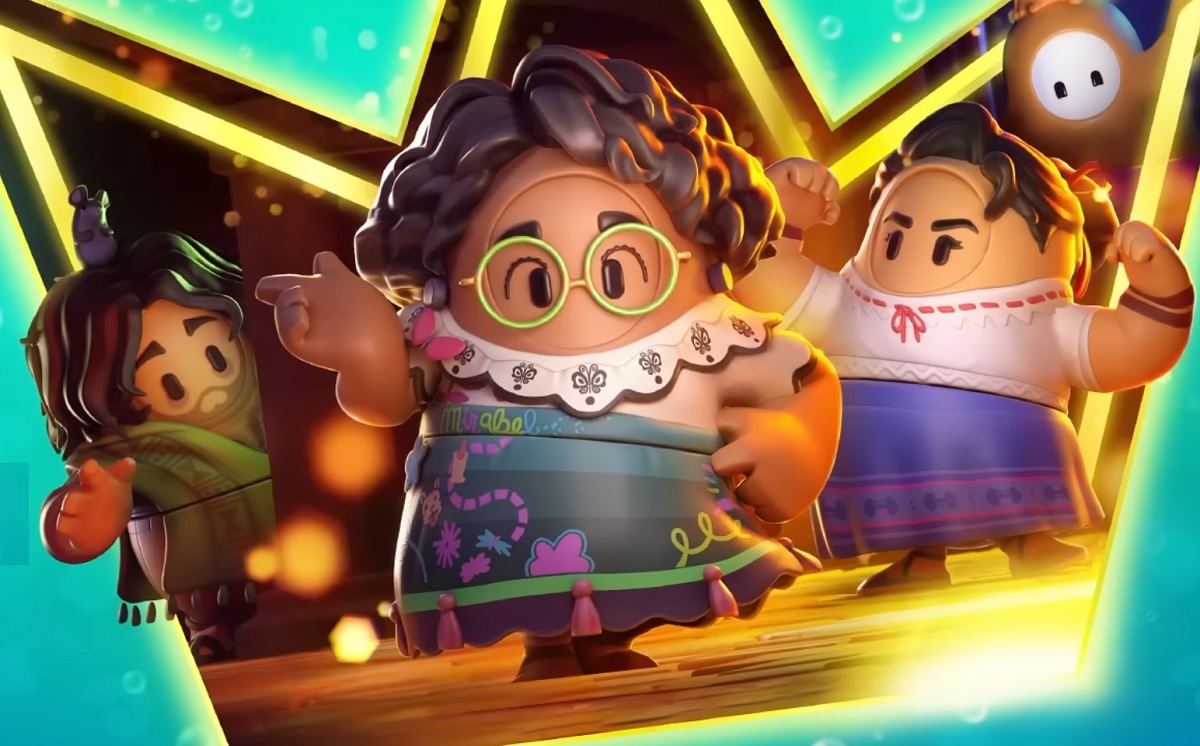 And, of course, Luisa is in the mix

Mediatonic has launched one final event to round out the 2022 season of its madcap multiplayer title, Fall Guys — Now available on all platforms, the coming weekend will give Disney-lovin’ beans the opportunity to bag three character skins pulled from the studio’s excellent 2021 feature, Encanto.

Three members of the Madrigal family have received the battle royale bean treatment, namely the quirky Mirabel, the mysterious Uncle Bruno (complete with rat!), and, everybody’s favorite, the mighty Luisa! In addition, a new Wearable allows players to don the Madrigal Miracle Candle — a symbol of pure love that is able to bestow seemingly impossible magic on the family’s descendants. Just watch out for hot wax on the ol’ noggin.

In addition to these four skins, players can also purchase two new emotes — featuring some sweet dance steps, as well as a selection of nicknames and nameplates. The Fall Guys Encanto DLC is available to purchase from the Fall Guys in-game store from now until January 3, so move fast if you want to make sure that Luisa finds her way to the crown. And woe betide anybody standing in her way.

Oh, and if you haven’t seen Encanto, perhaps check it out this weekend. It’s marvelous.