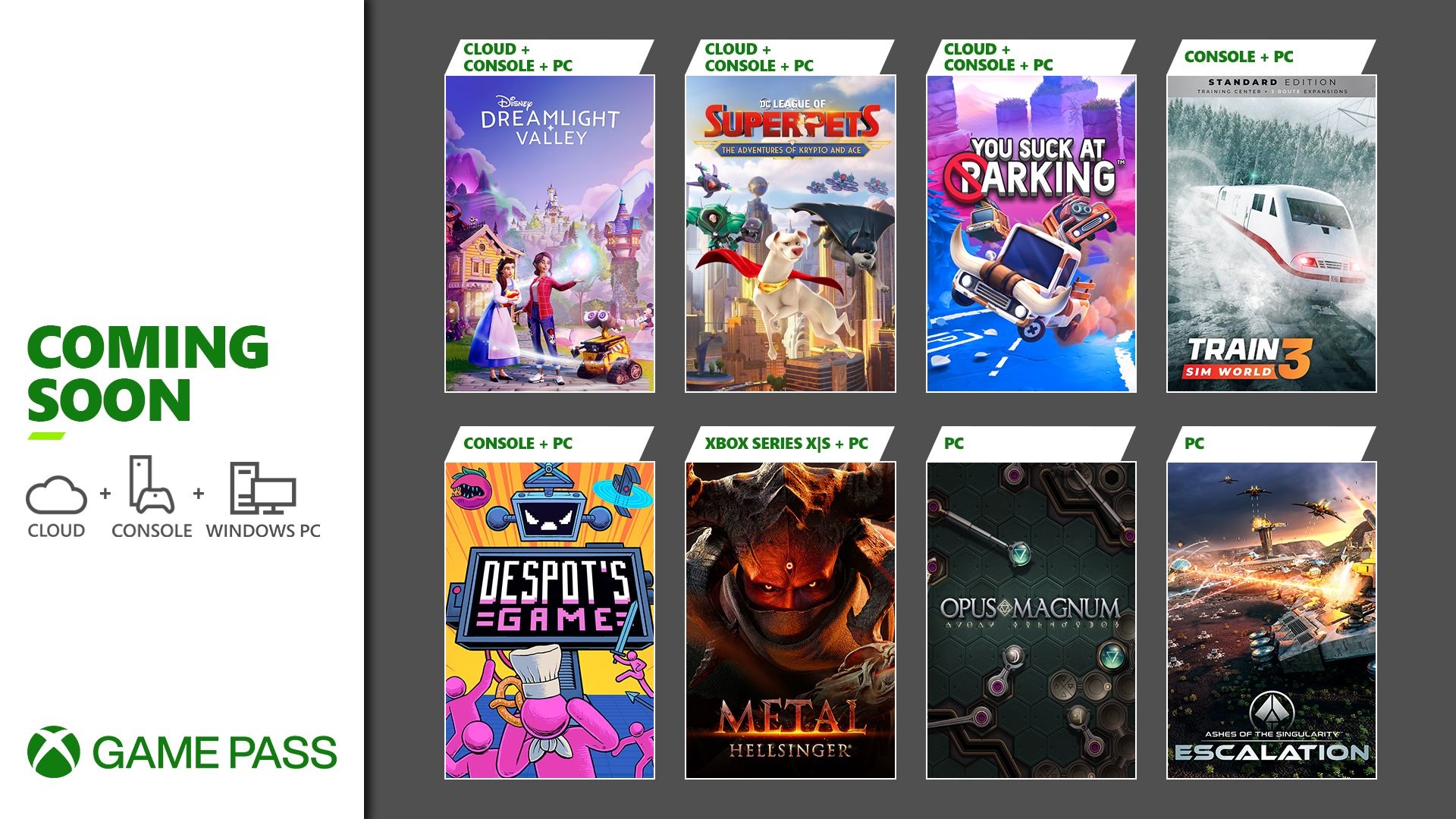 Also, You Suck at Parking

It’s an Xbox Game Pass Disney Dreamlight kind of week, as Microsoft has unveiled all of the new Game Pass additions arriving soon.

To be clear, Disney Dreamlight is coming to multiple platforms this week in the form of an “early access” version — even on Switch! It’s described as a simulator with quests added in, and we have someone checking it out now to see if it’s worth your time. Note that “[Xbox Game Pass]  members get early access, exclusive cosmetic rewards, and in-game currency.”

Beyond Dreamlight, Microsoft has also added a typically unique array of games to Game Pass, including Train Sim World 3, and a family game in the form of DC League of Super-Pets: Adventures of Krypto and Ace. It’s not the most exciting set of games, but given how on the fence so many people are with Dreamlight Valley, we’re getting one “Game-Pass-Perfect” title at the very least. You can find the full list of games coming through September 15 below.