Pre-orders now live at iam8bit and other retailers

One of the most highly acclaimed releases of recent years, ZA/UM’s Disco Elysium, is preparing to make its grimy presence felt once again, as the physical edition of Disco Elysium: The Final Cut comes crawlin’ to PS4 November 9.

Originally launched on PC back in 2019, Disco Elysium is the down-and-dirty tale of a brilliant but world-worn detective, attempting to solve a murder mystery with a sleazy and dangerous dystopian future. The game was highly praised by critics and fans for its decadent art style, excellent writing, and ruthless approach to storytelling. Disco Elysium would go on to bag numerous end-of-year awards, with the expanded “Final Cut” edition arriving in March of this year. 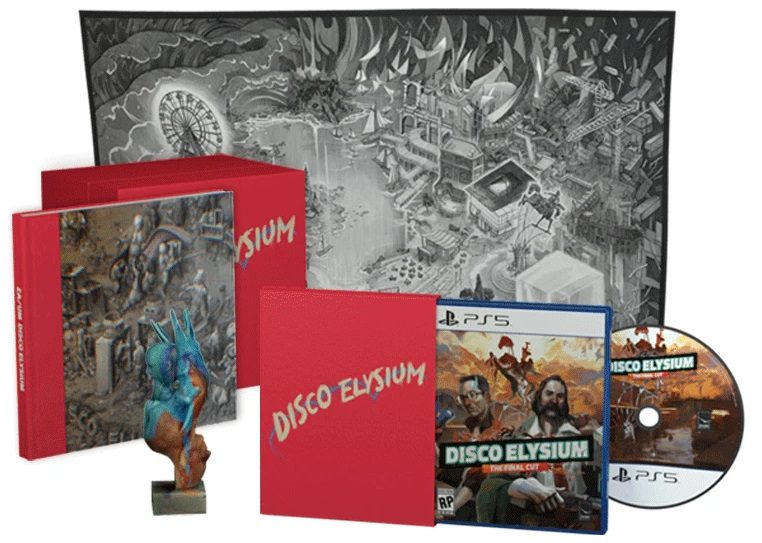 Boutique publisher iam8bit will release a standard boxed edition of the noir RPG for around $40 USD, which includes a poster, digital art book, and a free upgrade to the PS5 edition. In related news, the premium PS5 Collector’s Edition is now available to pre-order on the iam8bit store. This princely set includes a physical PS5 copy of Disco Elysium in exclusive packaging, a hardback 190-page artbook, slickly designed “Layers of the Id” packaging, and — the set’s centerpiece — a hand-painted “Mind Totem” vinyl sculpture. The Ps5 Collector’s Edition will run die-hard fans a princely $250.

Disco Elysium: The Final Cut is available now on PlayStation, PC, and Stadia. Xbox and Switch editions are also in the works.