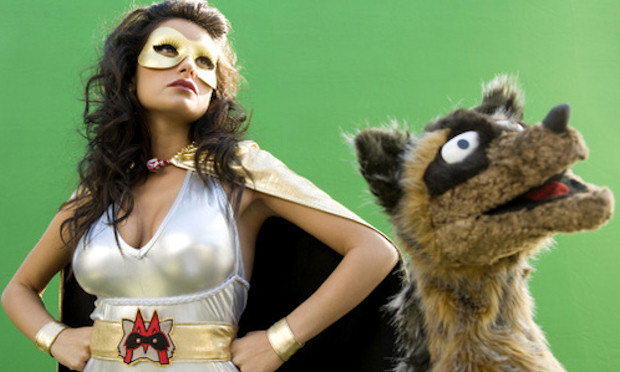 Director James Gunn, who signed a deal with Microsoft to produce original film content for Xbox Live has criticized the platform holder for rejecting his first moving and cutting “the living sh*t” out of the second, Humanzee. Claiming the company is dreadful and unfriendly to talent, he states that MS went back on its promise to provide “complete creative freedom.”

“As long as it was PG-13, with no sex, they said it would be all right,” explains Gunn. “Obviously they had no f*cking idea what PG-13 was, as they wanted me to cut the words “penis” and “vagina.” They made me cut a piece of very fake poop and a bunch of other stuff. And then, when they were done making me cut things, they took the final cut and cut it up themselves even more before airing it.

“To sum things up, Warner Bros was a bastion of creative freedom on SCOOBY DOO 2 in comparison. I’m not exaggerating or being facetious. Microsoft/XBox was by far the most dreadful, non-talent friendly company I’ve ever worked for.”

Gunn noted the irony that most Xbox Live customers can play Grand Theft Auto IV with worse content than his movie, before stating how Xbox Live could have been its own network if it was truly committed to providing original material with creative freedom. According to Gunn, “because of the small-mindedness of the Microsoft executives, who preemptively censored a lot of our scenes for fear of freaking out stockholders, they crushed the potential for something that would have kept them relevant for a long time to come.”