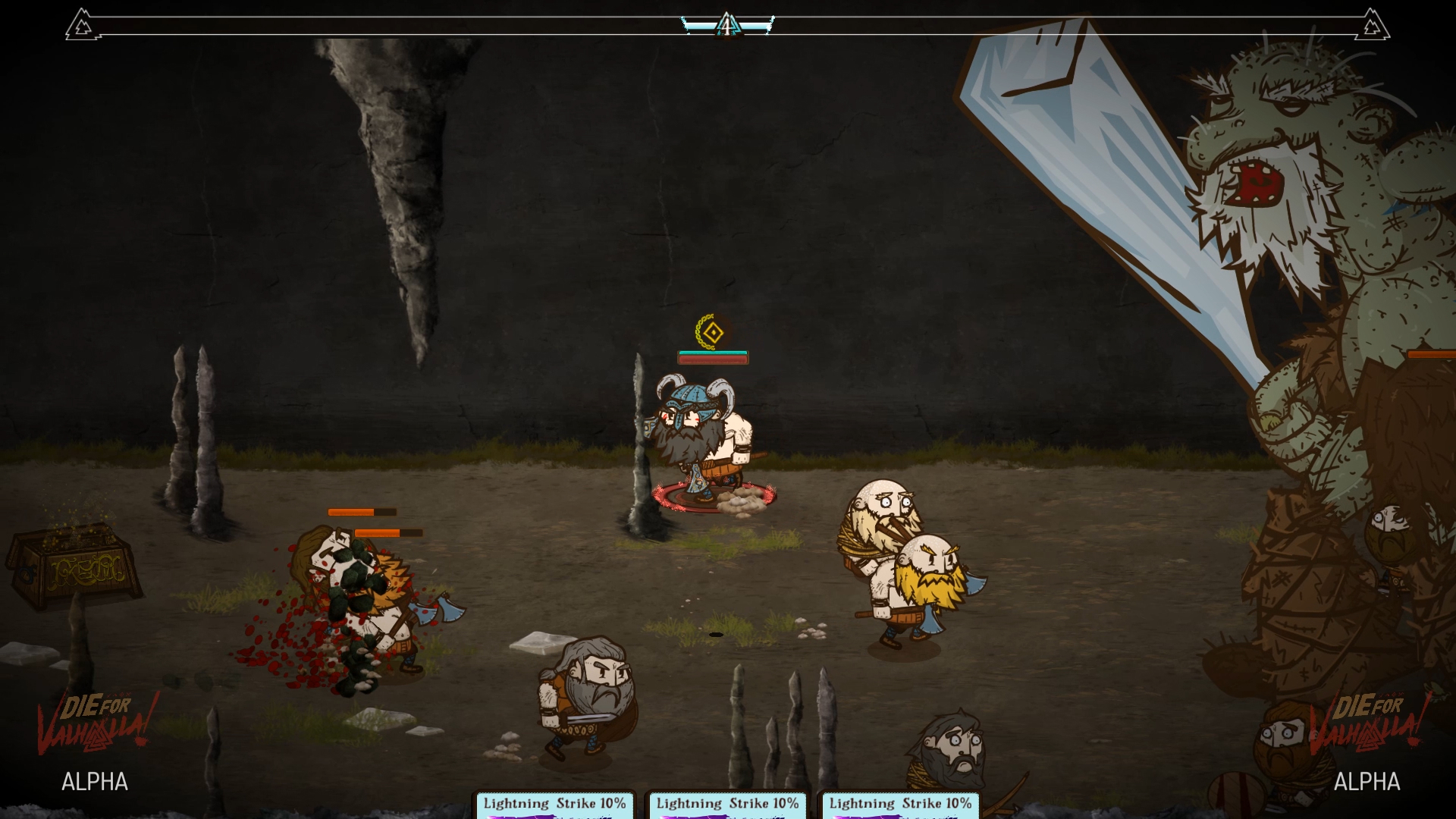 At the Poznan Game Arena, Brett and I had a chance to play Monster Couch’s Die for Valhalla, a four-player couch co-op game that immediately reminded us of Castle Crashers. After a twenty minute play session, we saw that there was more depth to the game than that obvious comparison.

Each player begins as a Valkyrie, a soul tasked with both populating Valhalla with more valiant souls and fighting against a mysterious evil in the world. While playing as the Valkyrie, you utilize an ethereal spear to fight enemies like zombies and Giants. If you see a grave, you can possess that dead soldier and use them as more capable combatants than your spirit form.

Graves have different headstones on them that demarcate what type of weapon you will use when inhabiting their bodies. Brett found himself using a sword and shield most of the time, while I used either a bow or dual tomahawks. Each weapon type changed the rhythm of combat in a significant manner and allowed for different attacks. For example, the bow could be charged for heavy shots and required more dodging (and had some of the most satisfying archery noises I’ve ever heard) and the sword and shield could be used to parry attacks.

This sort of variety is present throughout Die for Valhalla. Instead of the button-mashy combat that usually is associated with co-op brawlers such as this one, there was always something new to try here. There are stunning attacks that lead to better team play, combos to do, a stamina meter for dodging and special attacks, and the constant need to find new bodies to possess. If you survive for a while as the same body, you do gain more glory (experience) that lets you become stronger and purchase new abilities, like the power to possess barrels and bushes as opposed to only corpses. There are also stat increases that persist through playthroughs.

Structurally, Monster Couch’s game is more open-ended than we expected. Instead of going level-to-level in a linear fashion, there are branching paths that can lead to more more enemies, areas where you can strengthen your character, or the bosses that must be defeated to progress. Though the game’s balance wasn’t particularly tough at this point (there were sometimes at least twenty graves on the screen at once, leading me to believe that Die for Valhalla is not in the balancing stage quite yet), I can see this structure leading to strategic choices. Do you go for the safe route and try to rush to the boss, or explore every area for more glory?

Die for Valhalla is the sort of game that makes me want to buy a pizza and set up a play-session with my brother. It’s hard to tell how replayable it will be at the moment, but I can already see myself losing a couple of days to it and having a solid weekend. Expect it next year on PC and possibly on consoles.