Not the Battlefront you’re looking for

Ever since the announcement that EA’s DICE studio would be developing Star Wars Battlefront, fans of the series — myself included — have feared it will be “Star Wars Battlefield” and it seems like our fears have come true.

The battle of Hoth I partook in seemed unlike any other iteration of the scene from any previous Star Wars game. The battlefield was more of a straight corridor rather than the wide open space I was used to. AT-ATs lumber in a straight line towards their goal through an area with snowy trenches, cliffs, and turrets while the rebels forces try to stop them. AT-ATs can be taken down by disabling their shields and shooting them on foot, or more quickly by using tow cables on Snowspeeders in flight; easier said than done.

Air support has to be called in by finding tokens placed throughout the battlefield that randomly give you either a special weapon or a ship to fly, thus removing the need to rush for a vehicle to have the chance to pilot one. The flying mechanics feel a bit better than Battlefield games, where I typically can only stay in the air a few moments before crashing, but the hit detection was shit. As I flew my Y-Wing around Hoth, I tried to get a bit closer to the ground to lay down some fire for my comrades below and my ship inexplicably exploded — I was told I’d killed myself. I’d estimate that I was at least 100 feet off the ground, so I’m not sure what I could have possible collided with.

Upon starting each spawn you can select from loadouts, of which we had two to choose from. A primary weapon can be selected, and then the actual loadout is basically support options including: grenades, bubble shields, and short-use jetpacks. One particular option let you lob three explosives a great distance and this was typically an instant kill if aimed correctly. I fell to this the most.

Gun-wise, there were a few different blasts available, none of which felt much different in third-person view, but had different scopes in first-person view. The former option felt similar to the old games: holding the left trigger allowed you to focus your shot while slowing down your movement speed. First person felt ripped from Battlefield, with aiming down sights or through scopes. In one of the trailers it shows swapping seamlessly from third person to first, but I couldn’t figure out how to do it for the life of me other than using a menu, only taking effect after respawning.

Aim assist was on by default which had the crosshair sticking to enemies and turning red whenever aiming relatively close to one of them, which would be fine except for most shots miss if they are moving. This aim assist issue happened in both third and first person, causing me to have to fight with aim assist to try to line up shots for moving targets. After turning it off it felt a bit better, so perhaps for less advanced players it will be a great option, but more serious players will want to shut it off. 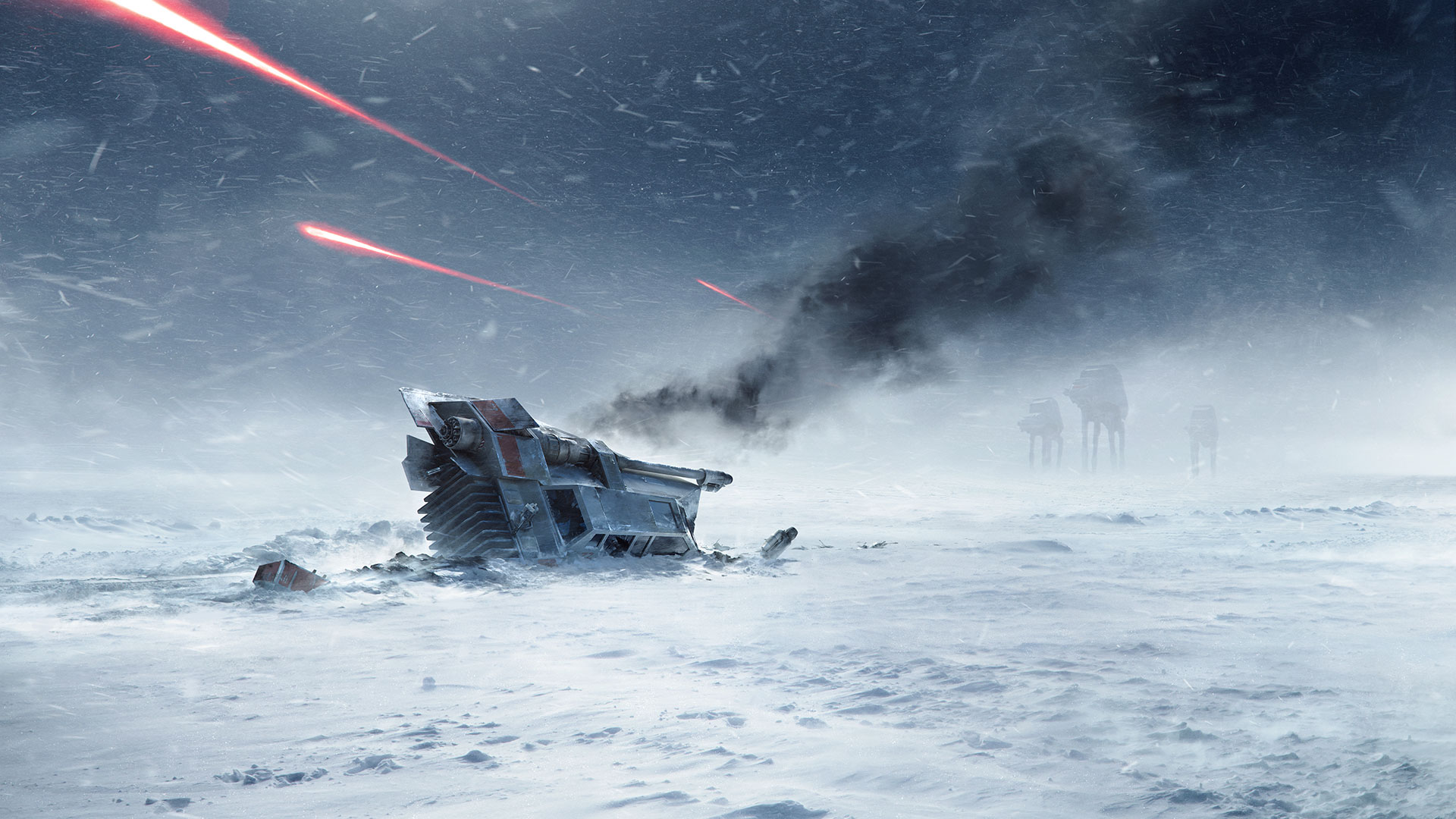 I found myself dying far more often than I remember in classic Battlefront games, and that has been a problem for me in Battlefield games as well. Indicators that you’re taking damage aren’t obvious enough and by the time you do realize you’re taking fire, you’re dead. While there is a health meter that ticks down, I still felt like I was dying nearly instantly as if I were playing a Battlefield game.

The demo I played was presented on PlayStation 4, and the amount of graphics popping in just a few feet ahead of my character was disturbing. I realize this is an early build but it was still shocking. There was a choice between locking the game to 30 frames per second and having better graphics or playing at 60fps. I didn’t get a chance to test if the pop-in still happened at 30fps before the battle was over, but I certainly don’t want to play a shooter at 30fps in 2015.

Overall I wasn’t impressed with what little time I spent with DICE’s Star Wars Battlefront. It really did feel like a half-assed mod slapped onto Battlefield 4, and I’m surprised modders haven’t created something better already. That being said the game was still enjoyable — it looked and sounded like Star Wars — but this is not the Battlefront you’re looking for.