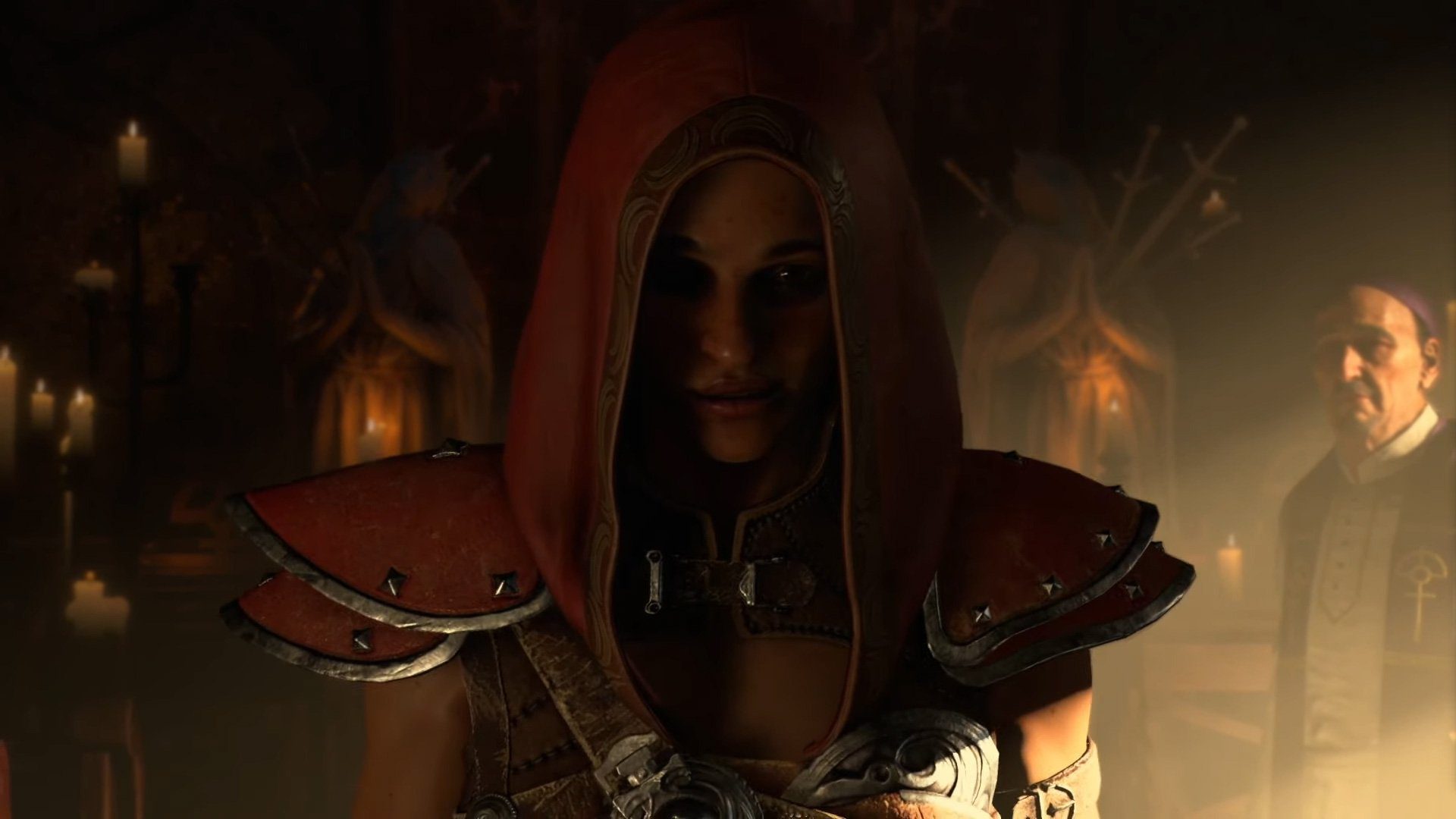 It took a while, but we made it. We made it to the Diablo section of BlizzConline 2021.

What’s new with Diablo IV? A class – the Rogue. That was Blizzard’s big reveal, at least for the opening ceremony. Game director Luis Barriga said the nimble fighter has been re-envisioned for the new game, and the footage we saw involved zipping around to stab demons, flinging arrows, and dropping caltrops.

We also got a look at the motherload of all ear collections. 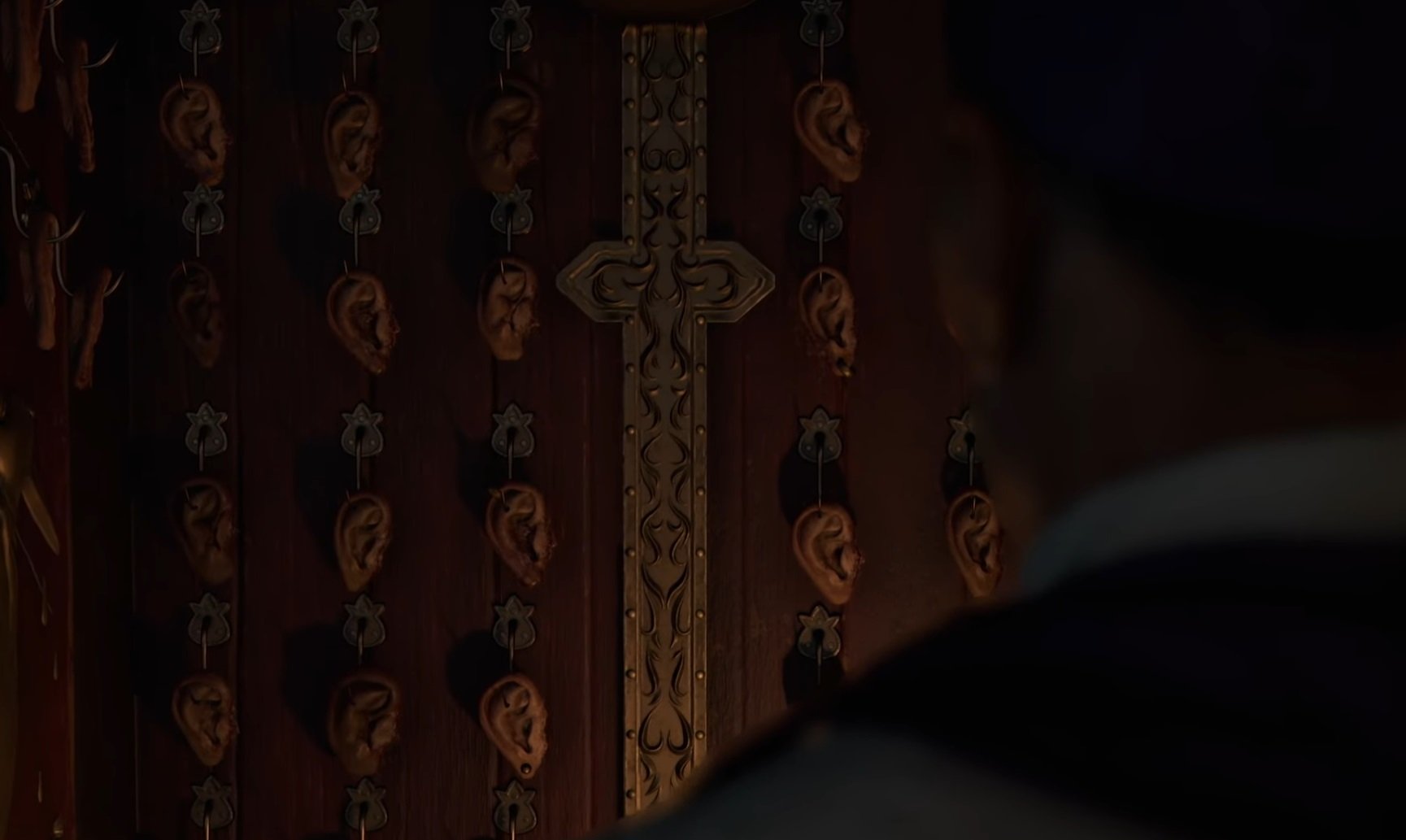 In Diablo IV, the Rogue can prioritize melee (swords and daggers) or ranged (bows and crossbows) and specialize in Shadow Realm (become immune for one second and pull targeted enemies into the Shadow Realm where you deal 50 percent more damage), Exploit Weakness (retaliate with critical strikes at the right moment if you have fast enough reflexes and can play “like a surgeon”), or Combo Points (build up combos with basic attacks to enhance your skills). For extra elemental oomph, the Rogue class can play around with frost, poison, and shadow imbues for their attacks.

“They can control the fluid motion of combat in a way that no other class can,” said Barriga.

A few pre-alpha screenshots to tide us over until… when is this game coming out, again? 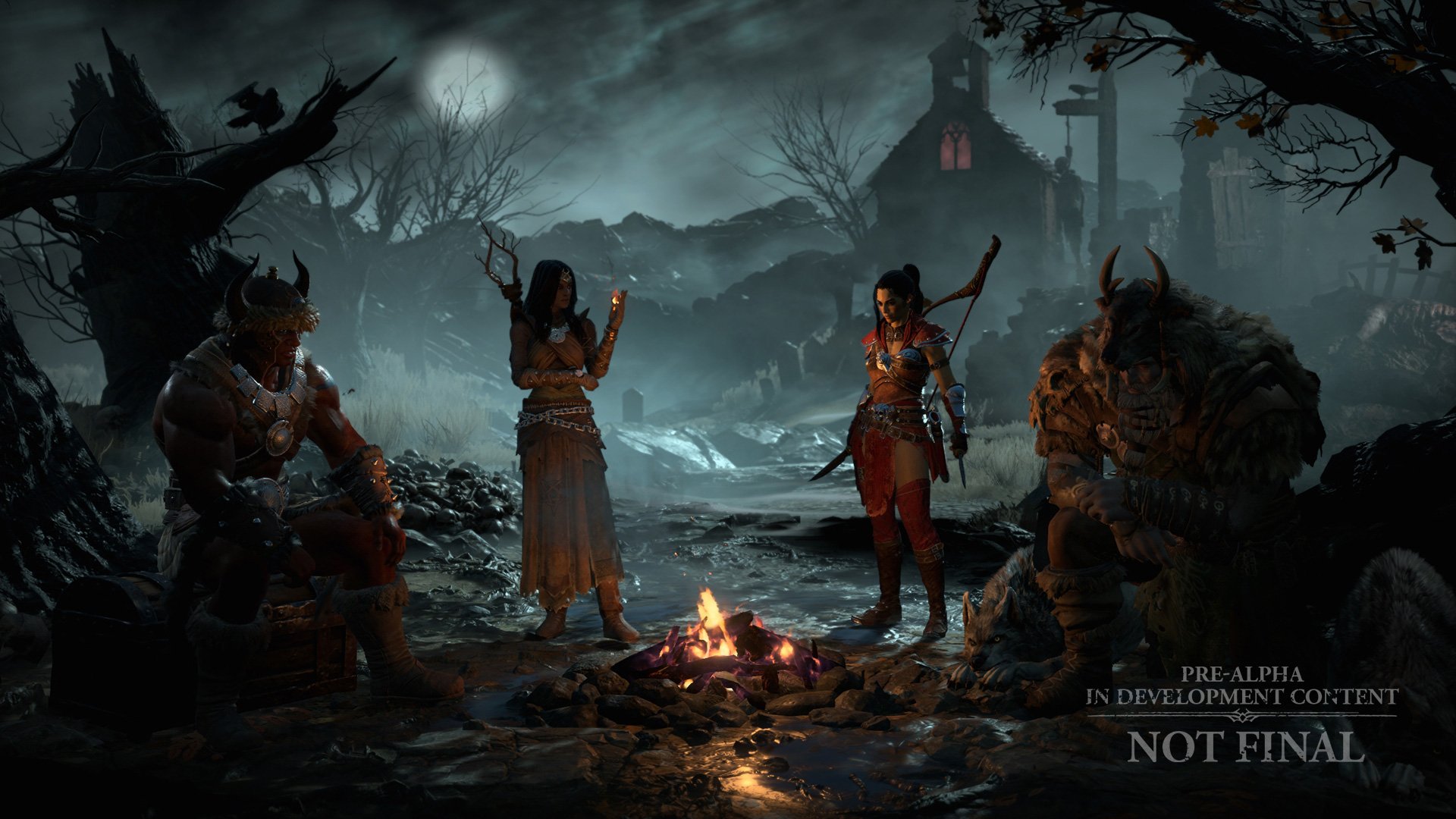 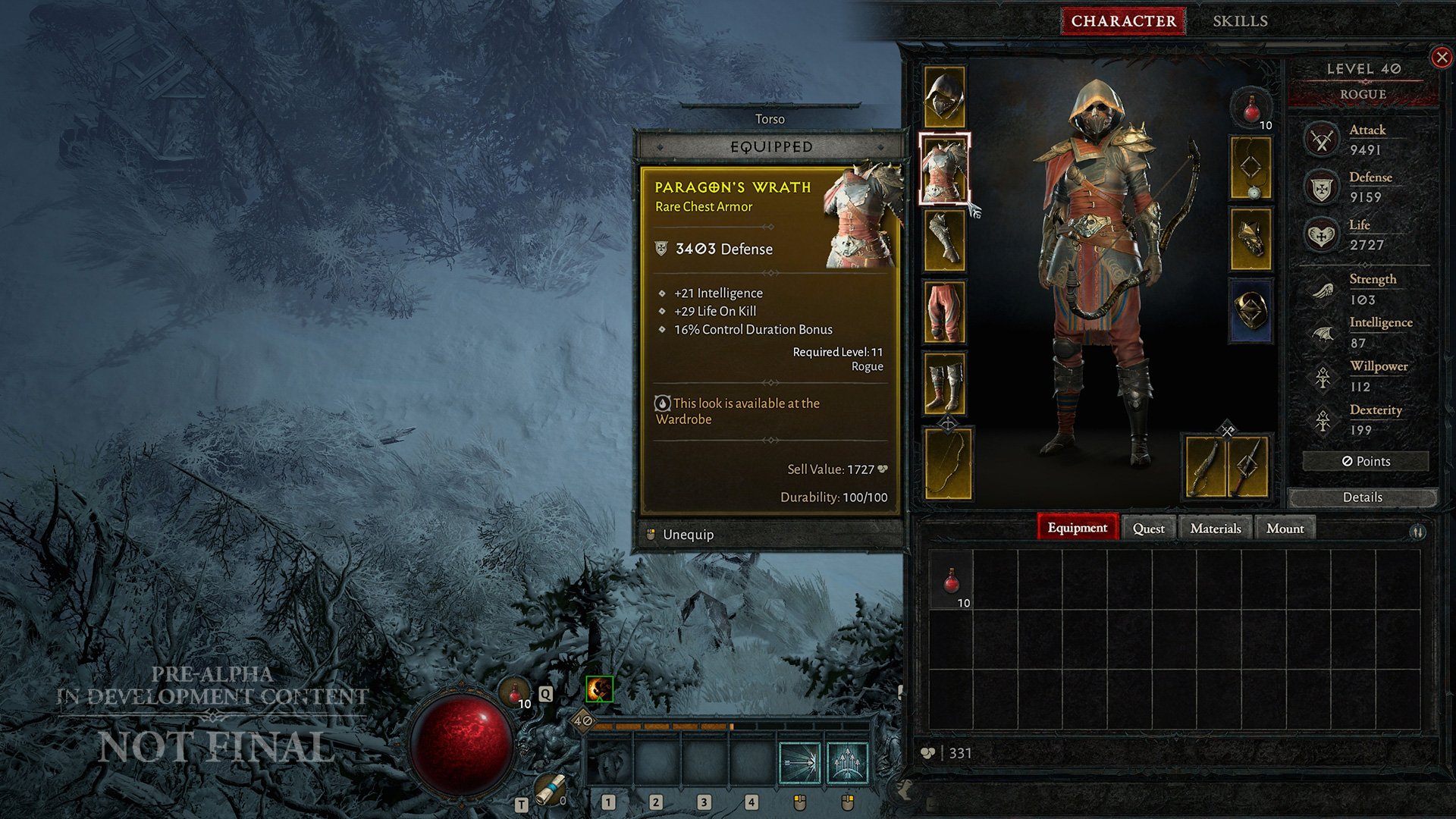 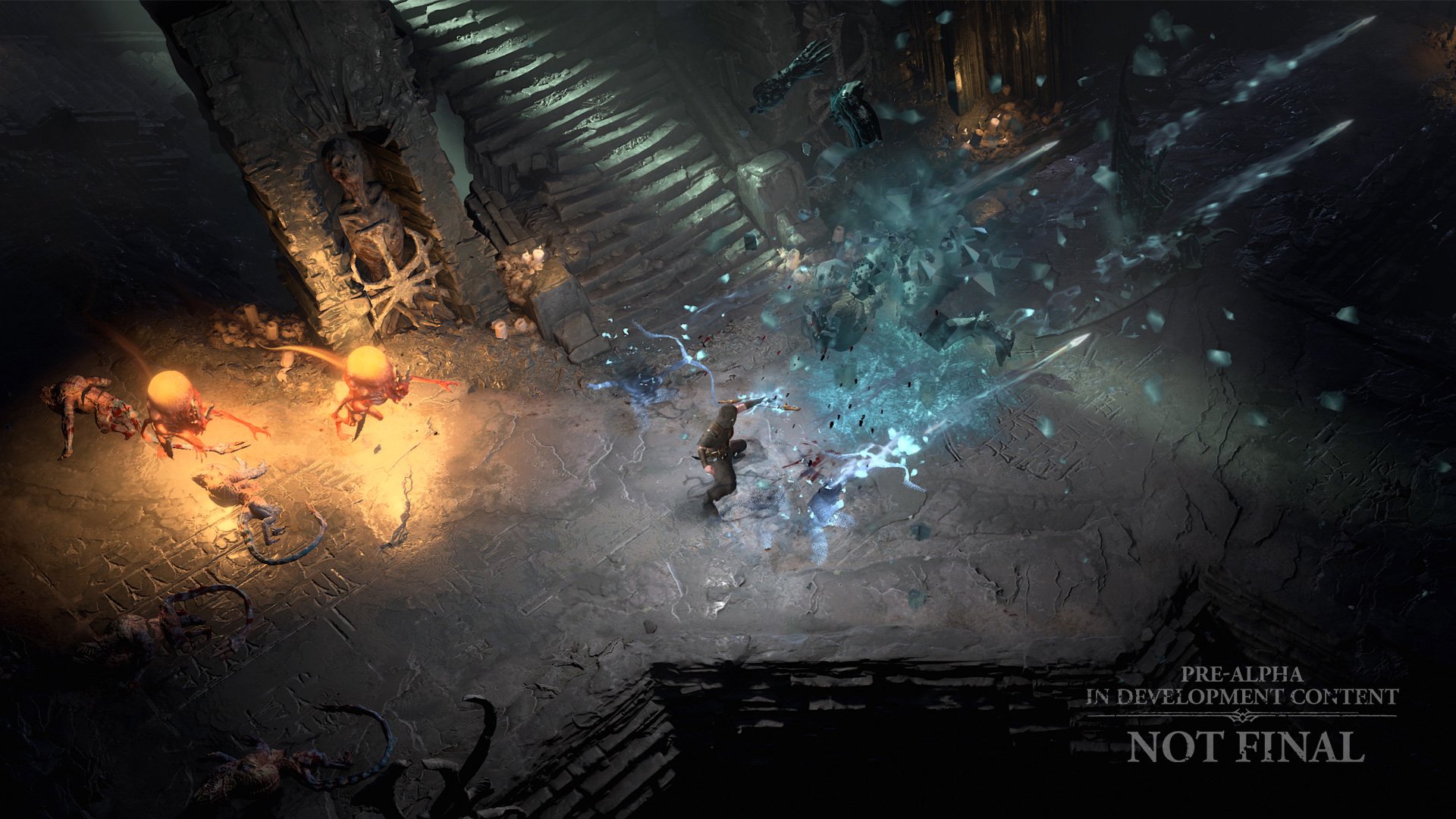 As part of today’s BlizzConline proceedings, the team also shared a “Diablo IV: What’s Next” talk.