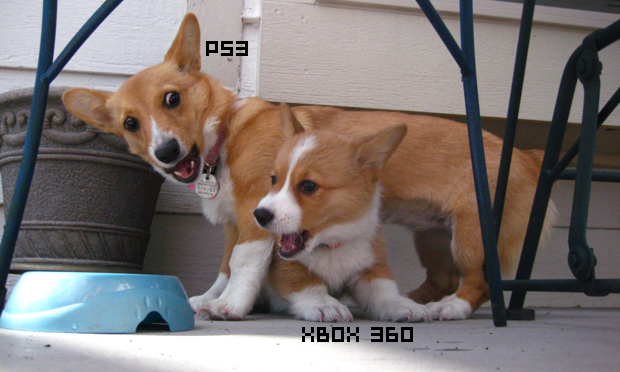 You know how it goes before systems are released. We always look at the technical specifications and figure out which one is more powerful so we can argue on the internet armed with knowledge. By now we know that the Xbox 360 and PS3 are pretty close to each other in number crunching power, but devs say at this stage of this console generation the PS3 comes out just a bit ahead.

“Some consumers could have gotten the feeling in 2006/2007 that – graphically – Xbox 360 games were more advanced, but today it is quite different in fact!”

“Personally, I’d say that – on PS3 – I believe there are some major improvements that can still be done, taking advantage of parallelisation and using more of the CPU for graphics tasks. At the end of current home Console life cycle, it is very possible consumers might get the feeling PS3 is slightly ahead of Xbox 360 in terms of graphics, but it will only happen if developers dedicate time to really push things on PS3!”

Both Merceron and Hayashi were part of a roundtable on console horsepower. It’s a good read. In it Hayashi talks about how he believes that things like software updates and muti-core processors are prolonging the life of current consoles.