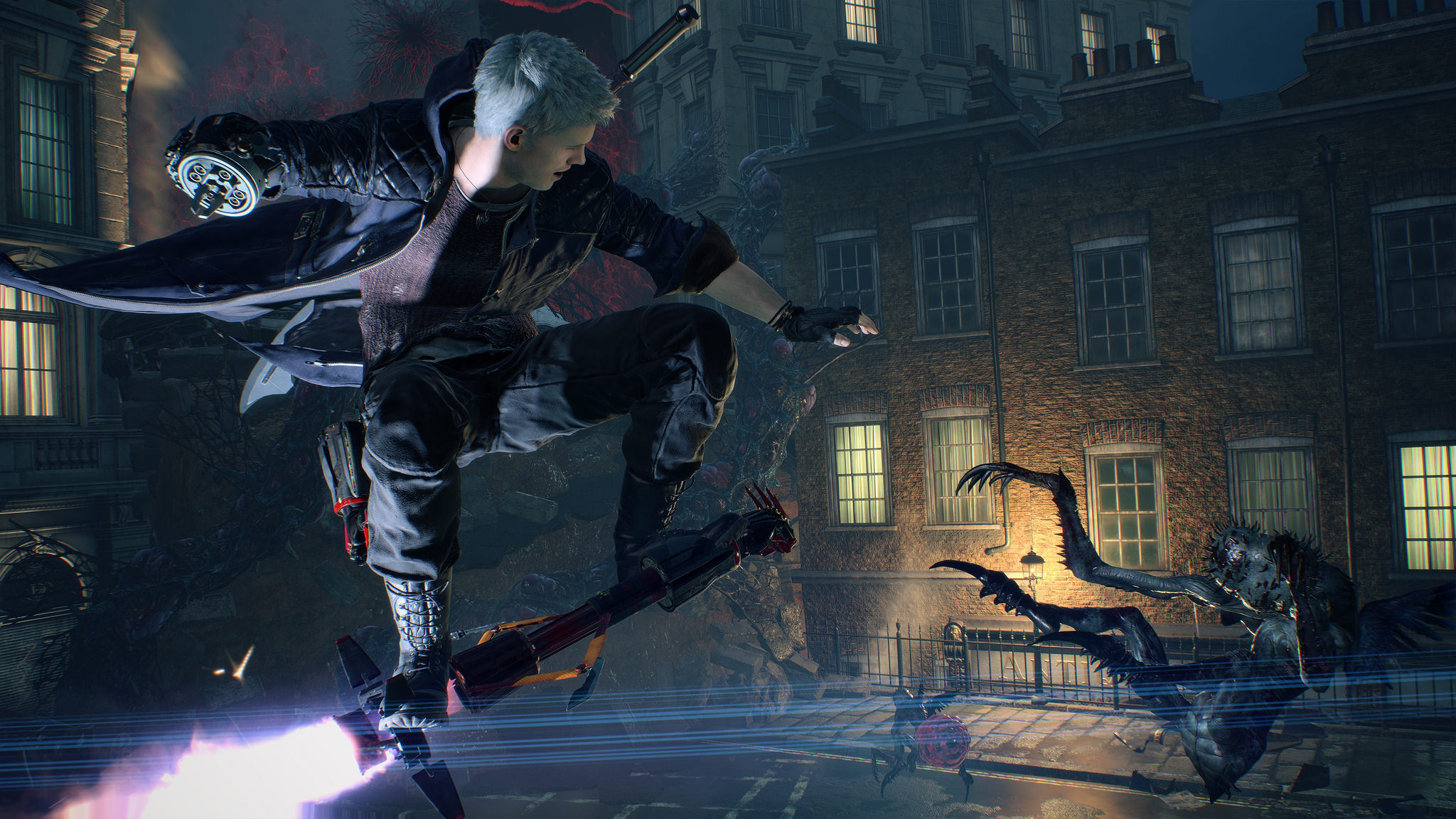 Submitted for the approval of the Midnight Society — the song I’ve been listening to this entire week, “Devil Trigger.” I’ve espoused its greatness across several writeups now and I think it’s all out of my system. Anyway onto the news!

My game of the show for E3 2018, Devil May Cry 5 , just had its window shortened. Originally set for a “spring 2019” release as per its E3 trailer, Capcom’s investor relations arm since released a statement noting that it’ll be out “before the end of March.” It’s still set for a PC, PS4, and Xbox One release.

A few readers expressed some doubts about whether or not Devil May Cry 5 was unique enough to keep up in today’s climate. One of our community members had the best response, and I’m paraphrasing here:

Mate, Nero is riding a missile and there’s a demon that eats fucking cars with his chest. It’s going to be fine.

Capcom to Release Resident Evil 2 and Devil May Cry 5 Before End of March 2019! [Capcom]