We’re back with our second part of the Destructoid editors’ post-E3 interview. Yesterday we talked to the staff about how they thought they fared at E3 this year, as well as how successful they thought E3’s big comeback was. First-timers gave their initial reactions while veterans touched on the changes. They all also touched on how they thought E3 could be improved for 2010.

In this part, the editors talk about their lessons learned from this event. They will also explore how teamwork helped them through the week, and then close with their plans for next year’s events.

Read on for part two of our two-part interview with Destructoid’s editors on E3 2009.

How well did you do at E3 this year?

Looking at the editorial staff in general, at home and on assignment, I can say that the entire staff did an outstanding job at E3 2009. But we thought it would be interesting to see how well the editors themselves thought they did. Community Manager Hamza Aziz acted as an editorial manager at E3 2009. He worked tirelessly to coordinate the away team with the home team during conferences and in general news coverage. He thinks he did a good job, and so do we.

“I’m the kind of guy who normally would say I did an OK job knowing in the back of my mind that I did a good job, but this time, I know I rocked E3 … I hope,” he says. “One thing I would change for next year is make sure I have no appointments until the second day of the show and focus only on news stuff on the unofficial and official first day of the show.”

Colette Bennett can’t get over how tired the event makes her, but it probably has a lot to do with her strong sense of duty.

“I always think I could have done better,” says Colette. “Humorously, I always expect to be less exhausted than I was the previous year, and I’m always more exhausted. I never believe I’ve done enough.”

Jim Sterling had a lot of assigned work for this event, but managed to make it all look easy: “I fulfilled all objectives set me by Mr. Chester and did a little extra to boot. I am fairly certain I performed well, but that would be for my bosses to say.”

Samit Sarkar and Ashley Davis both did excellent work, but both admit to learning several things in the process through experience.

“I was really proud of the two live blogs that I did (Sony, Konami), and though I was a bit nervous to do on-camera interviews, I think they came out okay,” said Samit. “But I acknowledge that I could’ve done more writing, for sure; if I learn some better time management, I think I could really rock it in the future.”

“I did a lot better than I thought I would, but there’s always room for improvement,” Ashley recalled. “I could have gotten hands-on time with a lot more games had I managed my time more carefully the first day, and I wasted a lot of time the third day when there was an easier alternative waiting for me without my knowing it. But I surprised myself by how much work I did churn out regardless of my missteps.” 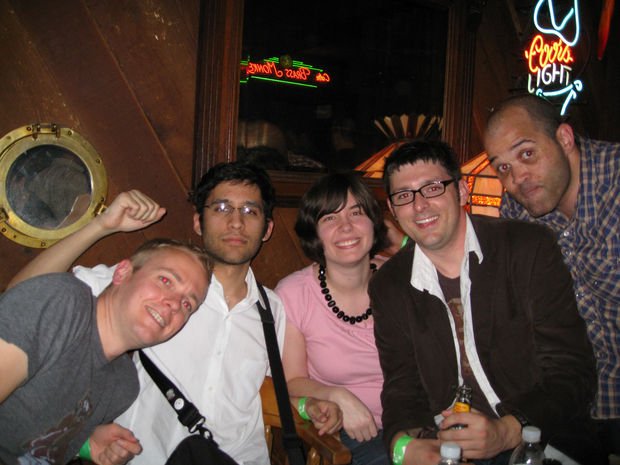 How important was teamwork?

While we all have our separate assignments, contacts, and duties, nothing would have worked out at E3 without teamwork.  What could have been chaos came out to be controlled content, and that happened through communication, planning, and meetings. We asked the staff how important teamwork was to them at E3.

Destructoid boss Nick Chester said that teamwork was “invaluable” at E3 2009. “The support everyone showed one another and the communication we had was the backbone of our E3 coverage”

Chad stresses the importance of teamwork at an event this large, sex and oil and all: “I can’t stress enough how nice it was to have such a large team. Everyone did amazing and without teamwork none of the extensive coverage we provided would have been possible. When one person was covering A, teams of other people were covering B, C, and D. It was like a well-oiled, sexual machine.”

And again with the oil, now with Jim. He talks about how well it all worked out with so many writers involved.

“I’ll be honest, I wasn’t sure how well such a huge team would work together, but we did so brilliantly, Jim said. “Having our livebloggers at press conferences with a home team posting individual news was a terrific system, and one that I think we handled perfectly. The actual show floor days tended to be more of an individual thing, but the high traffic and content we had on the opening days of E3 was the result of a well-oiled machine.”

Hamza felt strongly about how only through teamwork were we able to peform as well as we did: “The only reason Destructoid was able to break multiple Destructoid related records was because of our teamwork. This was our best E3 performance yet and it’s because everyone knew what they had to do and had plenty of back up from one another. “

Colette sums it up well. Speaking of teamwork, she says that she thinks “it was key,” and that it worked better than ever before this year. “This is a really strong, united team,” she said.

What has your experience at E3 taught you?

As Ashley and Samit touched on earlier, you go in to work, but you come away having learned something. Maybe you learned about yourself, or your work process. Or maybe you’ve learned something about the industry itself. We asked the editors what E3 has taught them.

Anthony Burch gives his most serious answer to the question: “Primarily? That I won’t be buying any Activision games for the next few months.”

Hamza’s lesson also relates to sleep: “I’d also make sure to never stay in the same room as Brad Nicholson, Jim Sterling and Samit Sarkar next year as it’s a giant gigglefest when we’re trying to fall asleep.”

Alex “Dyson” Ryan has a threat: “That the next time people say all I do is play games for a living and that it’s easy, they’re going to get stabbed in their hoofing face.”

Samit lets us know that you can’t really know what to expect.

“You can’t really prepare for something like this unless you’ve been there before, he says. “I was lucky to have attended two New York Comic Cons and PAX, but I only covered one of those events (NYCC 09), and I had, like, two appointments. The only thing they taught me was to buy insoles for my shoes, and it’s a damn good thing that I did that. But now that I’ve done it once, I’ll definitely be ready to kick ass the next time around.”

Ashley learned time management and pre-planning out of necessity. She says that the event taught her to make better use of her time: “Normally, I am nitpicky to a fault, and take a lot of time to write my posts. But being in the fast-paced environment of E3 forced me out of that bubble. Each day, I got more efficient.”

Colette learned something that I think all writers who work E3 will eventually come to understand: “No matter how you plan it, you’re going to come out of it totally exhausted no matter what,” she states. “Also, you’re never going to get to play all the games on the show floor you wish you had time for.”

The impossibly good-natured Chad Concelmo has something we all can learn from: gratitude.

“Like with all industry events, E3 taught me to appreciate the opportunity I have to be working in the videogame industry,” says Chad. “And not just that — to work with such an amazing group of people is almost too good to be true.

“While I was standing there playing Sin & Punishment 2, of all things, I remember thinking to myself: ‘I am doing this right now. This is so awesome!’ Never will I take any of this stuff for granted. Being a part of Destructoid changed my life and I am grateful for ever opportunity I have had because of it.” 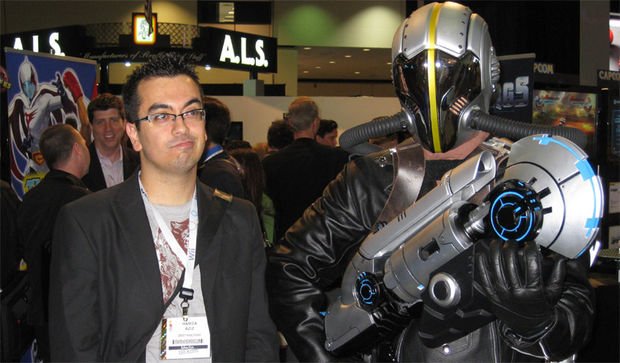 I just love this picture.

Would you do it again?

While this may sound like a stupid question, we asked each of the editors anyway: Would you go to E3 next year?

Nick Chester: “This is a silly question. I have no choice!”

Anthony Burch: “Yeah. Ideally, with a camera in hand.”

Colette Bennett: “I would.”

Jonathan Ross: “Absolutely. And hopefully in a more active role.”

Jonathan Holmes: “Absolutely. I feel like I still have a lot to prove.”

Chad Concelmo: “Absolutely! E3 is one of my favorite times of the year!”

Matthew Razak: “No doubt at all. It’s amazing.”

Jim Sterling: “If Niero and Nick will it, it shall be done.”

Ashley Davis: “Definitely. I think I still have plenty of room to grow and improve, and the only way to do that is to go to more of these things. I want to provide my thoughts, opinions, and drawings on another E3!”

Samit Sarkar: “For sure. I may not have played nearly as many games as I would’ve liked, but getting together with the Dtoid family is a wouldn’t-miss-it-for-the-world kinda thing, and it felt really good to be contributing to a team effort (I haven’t felt that good since I played Little League baseball).”

And finally, myself: I love the videogame industry, and I love my job. Attending events is still a thrill for me, even after this many years. So yes, I’d definitely go to E3 again. But if you’re asking me why I want to go back, it’s more about these amazing people I work with than any game or event. Even though E3 is hard work, with these people around, it feels less like work and more like hanging out with friends. I’m always down for that.