… a game that will never stop

Why do we love videogames? Some say it’s the escapism, or the ability to wrap you up in a story that you get to help tell as it’s being told to you. Others say it’s the way they can bring friends together, or occupy your mind with interesting mechanics to master and problems to solve.

The truth is though, no one really knows why we love videogames so much. When you truly connect with something, be it a song, a movie, a game, or another person, it’s not always easy to put the feeling into words. When asked “How do you know when it’s love,” legendary rock and roll group Van Halen responded with the unhelpful axiom “I can’t tell you but it lasts forever.” If Van Halen couldn’t explain love, then how the heck are we supposed to?

We may not be able to explain why we love games, but we sure as spit can talk about which ones we love the most. We saw a lot of write–in votes here, for games like Bravely Default, Hyrule Warriors, Grimrock 2, inFamous: Second Son, Tomodachi Life, and a bunch of others that we talked about in the Mechanics, World Design, Multiplayer Design, and Narrative Design award announcements earlier this week. In the end, the top four games came within arm’s reach of each other. Dark Souls II came in fourth, Shovel Knight beat it out for third. Super Smash Bros. for Wii U just barely missed the top spot, landing in second.

The winner is a true Cinderella story of gaming, which I will likely gush about in the paragraphs to follow. Before we get into that, be sure to vote in our reader’s poll. It’s democracy in action. 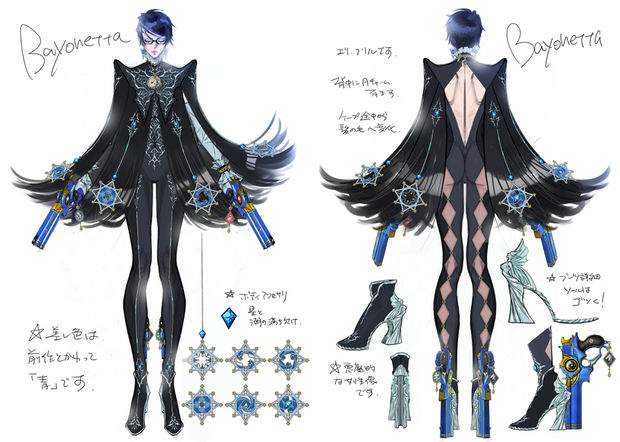 Someone once said that Bayonetta is a cross between ’90s-era Madonna, Neo (from The Matrix). and Nomi Malone of Showgirls fame. That someone was me, which is why I’m more than proud to help name Bayonetta 2 Destructoid’s overall Game of the Year for 2014.

Bayonetta 2 had to fight to be born. Despite the relative popularity of the original game, Sega and Platinum struggled to justify the funding for a follow-up. Nintendo swooped in, securing the exclusive publishing rights for the sequel. In doing so, the company signaled to fans that it was opening its doors to third-party developers in all-new ways, and that it was willing to shed its “family friendly” image when it felt it was right to do so.

The game hasn’t been embraced by Wii U owners in the same way that Smash Bros. or Mario Kart 8 have, but that’s sadly to be expected. What’s important is the people who love Bayonetta 2 really, really love it. I’m yet to meet someone who has played through the game who didn’t name it as one of their top titles of 2014. 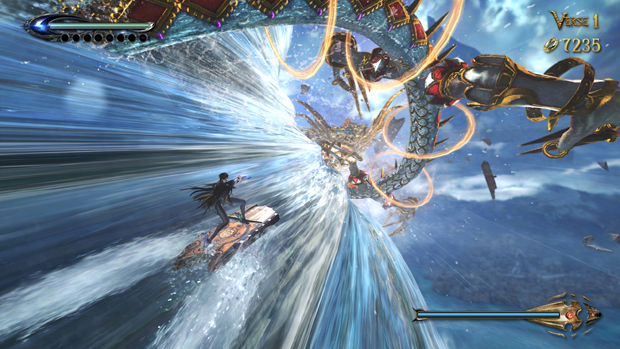 What is it about Bayonetta 2 that inspires so much joy? For me, it has to do with the notion of “guilty pleasures,” and how the game turns them on their heads. Videogames are often considered guilty pleasures. For some, playing a game instead of “doing something useful” is a form of rejecting authority. For others, they are a new form of fantasy that reject commonly held standards for class and appropriateness. There’s also the fact that a lot of games today contain sex and/or violence.

These are all things we’re meant to feel guilty about in American culture. Bayonetta wraps them all up in a ball, erases the guilt from all of them, and maximizes all the pleasure. She takes joy in her physicality, her ability to dominate others, and in her own body in whatever way she sees fit. She rejects all outside judgments, from her father, her friends, and even God himself. She doesn’t give a fuck, period, end of sentence. That ability to reject self-consciousness and fear of vulnerability allows her (and the player) to reach unimaginable heights of power. She takes you on a rambunctious, ridiculous thrill ride, smirking all the while, totally unconcerned with the sacrilegious absurdity of it all while encouraging you to feel the same.

Thanks to everyone for voting, and stay tuned for more Personal GOTY awards from our editors as the year closes out.