Maybe neither of those are quite household phrases, but the latter is undeniable. A full five years after Ori and the Blind Forest captured hearts and minds, Ori and the Will of the Wisps did it again… just better.

Will of the Wisps is everything you could want from a sequel. It’s bigger, it feels more alive, it’s more deliberate, it tells a better story (through a minimalist approach to exposition), its action sequences are grander, and it’s more refined. It’s simply a better game, and it improves on Blind Forest which was already quite excellent. Those five years were well-spent.

Moon Studios has certainly proved that it knows how to make one hell of an indie platformer metroidvania. Whatever’s next — and all signs point to the developer taking a break from Ori — we can probably rest assured knowing it’ll be quality and it won’t be rushed.

If this was Ori‘s swan song, it was a fantastic way to go out. If more Ori awaits us someday, we’d gladly welcome it. Whichever way it goes, Ori and the Will of the Wisps was absolutely fantastic, and that’s why it’s our 2020 Xbox Game of the Year. 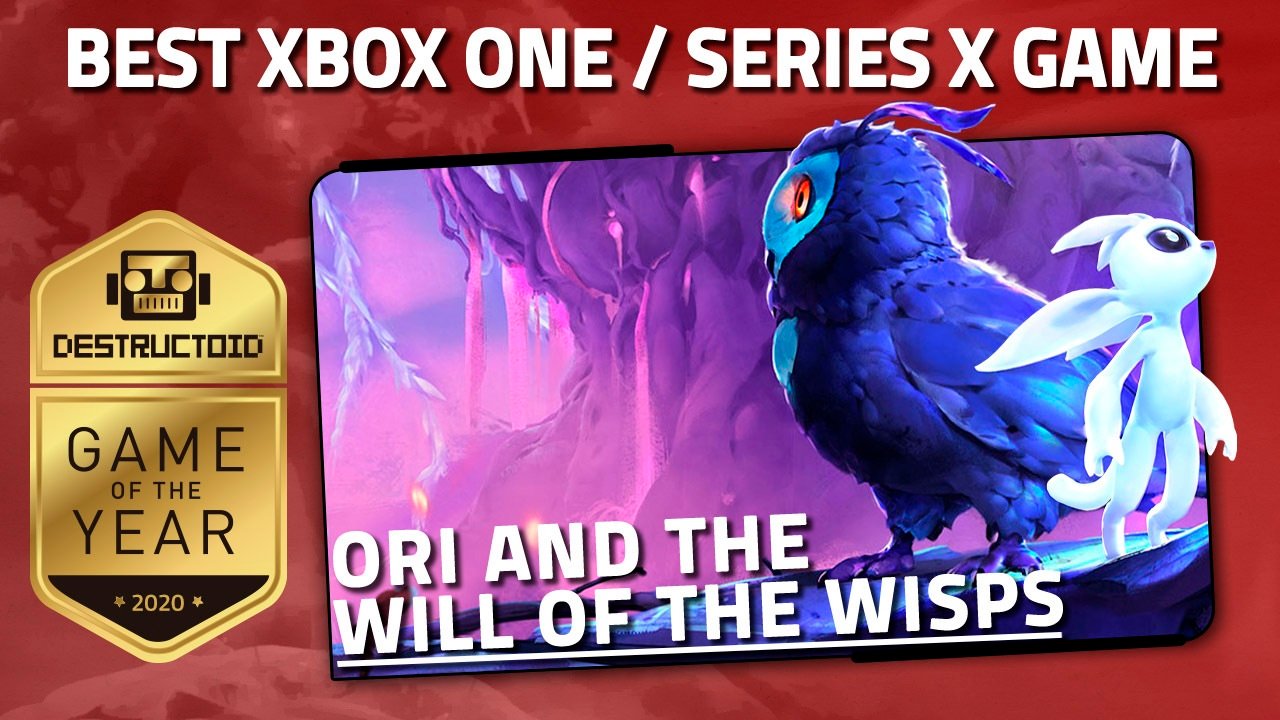 Filed under... #Game of the Year#Metroidvania#Ori and the Will of the Wisps#Xbox Series X