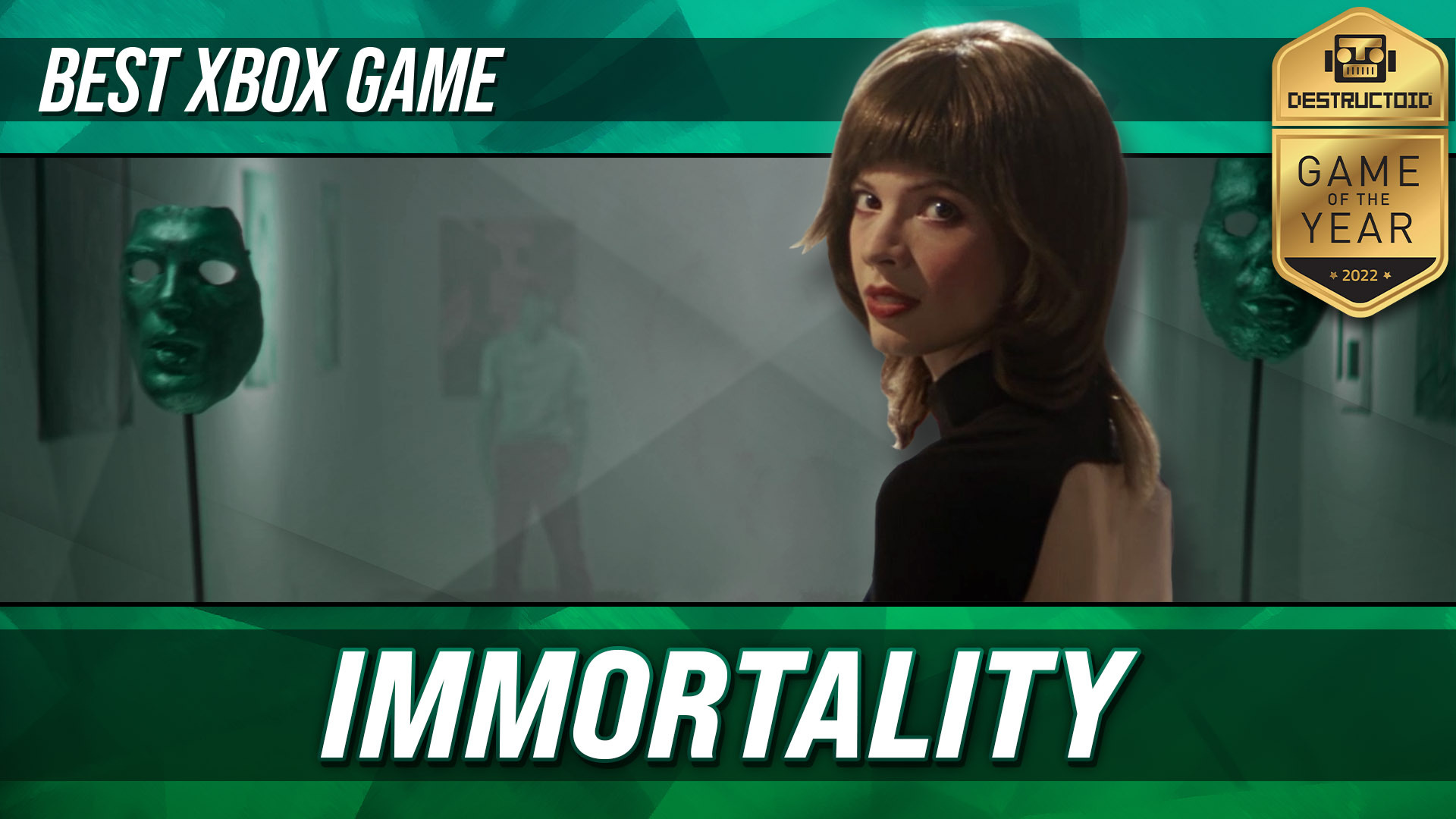 The race for the best Xbox game was tight this year. Between some surprise first-party hits and a flood of excellent Game Pass entries, it felt like anybody’s game. In truth, though, it was Marissa Marcel’s to take.

Immortality, the horror mystery from Half Mermaid, is our winner this year. This is Sam Barlow’s third full-motion video (FMV) game, following after Her Story and Telling Lies. And true enough to the live-action format, it is centered squarely on film.

Booting up Immortality makes it all seem simple, at first. An actress named Marissa Marcel seemed destined for the spotlight, yet she only appeared in three films, and hasn’t been heard from since her last. What you have, much like Half Mermaid’s previous projects, is a collection of footage, to sift and sort, discerning some meaning from it all.

Immortality takes out the usual search-term function and instead goes for a match-cut system, where the user can pinpoint something—a face, a book, a knife, a hand—and “cut” to another, random piece of footage with the same object. It’s presented as a novel organization tool. What it does is draw the viewer in.

Even going back to Immortality as we held our deliberations, I’ve loved how much closer all of its elements feel to the player. Most times, I have to interact with a system to see the footage: search a term, find the clip, watch the clip, exit and search again. This isn’t a knock, because it works and works well for games like Her Story.

But Half Mermaid’s use of match-cut brings you in closer to the film, the actual art that’s being made by people to deliver something to you, the audience. And that drives what’s at the heart of Immortality: creation. Really, it’s a game about art and creativity. Immortality explores the tales we tell each other, and how we communicate grand concepts through media.

From the massive undertaking of these films to the actors’ work, portraying not just a character but an actor playing that character, and how they act when the in-universe cameras stop rolling, Immortality is an incredible achievement. And all of it fits beautifully well inside this interactive archive, making the tangible process of reeling back and forth on film carry thematic weight. It’s been a runaway hit for us here, and sets a new high water mark for how FMV can be used in games.