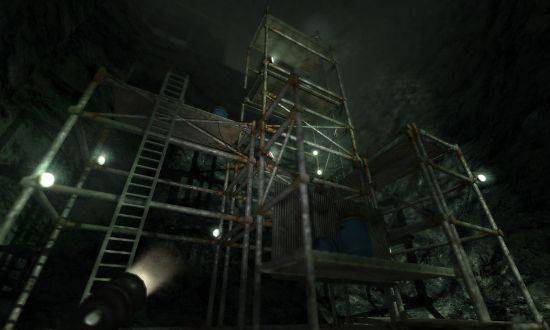 Back when dinosaurs ruled the Earth, we reviewed Penumbra: Overture, an independent horror/puzzle title which was, at the time, slated to be the first episode in a trilogy.

Almost a year later, we revisit the dark world of Penumbra to review Black Plague, the second — and sadly, last — entry in the series. Aimed at gamers who love survival horror and ingenious physics puzzles, Black Plague seeks to avoid many of Overture‘s missteps and provide an utterly immersive, completely believable horror world.

Overture had some brilliant puzzles and truly intense moments, but it was sadly bogged down by unnecessary combat and one or two needlessly confusing puzzles. Does Black Plague improve on the series formula? Does it provide the same mind-bending thrills and “wow, that was awesome” physics puzzles as the original?

First off, if you’re reading this review out of sheer curiosity and feel tempted to ignore Black Plague simply because it’s a sequel, don’t. Most all of the exposition from Overture is nicely crammed into a fifteen-second prologue (your dad sends you a panicked letter, so you head to his remote research station in the tundra to find him). Not to mention that, to be quite frank, the story is almost totally irrelevant here.

A monstrous infection/demon/cthulhu-esque thing has taken over a mining facility, and it’s up to you to stop it. This is all you need to know. Every other plot point is either totally irrelevant, or conveyed so intelligently through gameplay (rather than cut scenes) that you’d have to be deaf and blind to misunderstand it.

The story is truly secondary to the atmosphere and mood, but that’s not such a bad thing when the mood is so damned good. The almost complete absence of light other than what you provide with your glowstick or flashlight makes for a creepy, immersive atmosphere. While there aren’t too many genuine “shock” moments like you’d find in, say, a Resident Evil, I nonetheless spent the majority of my time with Black Plague feeling tense and frightened, unnerved by every shadow and jumping at any sign of life. 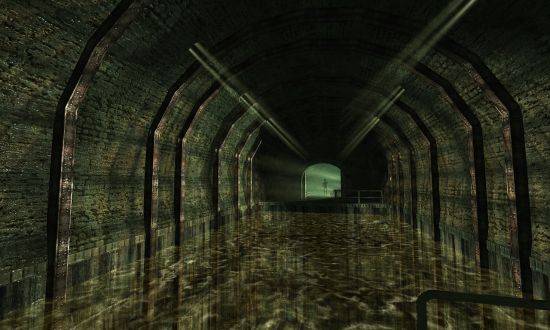 This unsettling immersion is helped by the fact that, as in Overture, the main character is — and I can’t think of any better say this, so I won’t even try — just a regular dude. He’s a weakling with no weapons experience: he can pick up and throw random objects at enemies, but this only stuns them momentarily rather than actually dealing any damage. Unlike in Overture, however, the protagonist is now incapable of wielding any weapon. In the first title, the player could use a pickaxe or a hammer to kill the myriad of evil, zombified dogs who prowled the desolate station; in Black Plague, the player can only hide or flee from the new infected human enemies.

Given that Overture‘s unnecessary, severely unbalanced combat proved to be one of its major downfalls, Frictional’s decision to axe the melee fighting altogether is an extremely welcome one. The player’s feeling of total powerlessness is even more palpable and effective than ever: for once, we’ve got a horror game where both character and player are truly scared of every single enemy.

The immense feeling of helplessness when it comes to combat helps focus player attention toward the real “meat” of the game — the physics puzzles. Using one of the most realistic and impressive physics engines ever created, the player can grab, manuever, push and throw pretty much anything in the environment and have it react exactly as one would expect it to. The mouse-only object manipulation has a wonderfully tactile feel to it; in order to open a locker door, you have to click on the handle and then pull the mouse back to physically open the door. Similarly, if you wanna spin a wheel or pull a level, you have to use the mouse to replicate the exact movements you’d make in real life. Thanks to the fact that there’s no all-purpose “use” button, Black Plague has the most tactile controls you’ll ever find outside of a Wii title. Unlike its predecessor, Black Plague utilizes these physics far more when it comes to puzzle solving (being forced to open a door using leverage was, to my mind, one of the most enjoyable parts of the game). 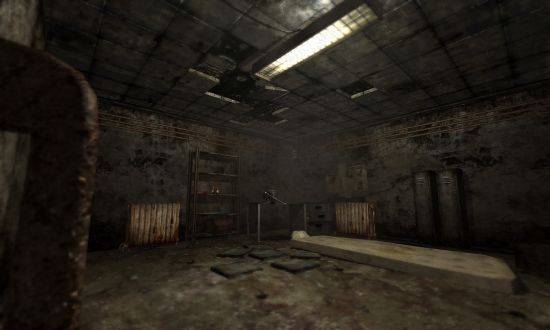 These improvements to the first title do come at a price, however. For some reason, Black Plague feels significantly shorter and easier than the first game, the latter flaw exacerbating the former. Outside of one or two head-scratchers, Black Plague generally fails to elicit that oh-so-pleasurable mixture of excitement and confusion that the best adventure gaming puzzles are made of. Throughout the game, I almost always knew what to do and how to do it. The game still remained very fun since the physical act of solving the puzzles felt extremely fun and tactile, but I never felt intellectually challenged.

Additionally, the plot remains as irrelevant as ever. With Overture, this wasn’t really a problem; as it was the first of a series, its only responsibility was to set up the world and get the player interested. This makes it all the more unfortunate that Black Plague brings a close to the Penumbra saga not with a bang, but a whimper. Black Plague is moody as hell, and it’s got one absolutely incredible plot moment about 3/4 of the way through the game (I’m tempted to call it the indie equivalent of BioShock‘s “a man chooses, a slave obeys” scene), but the overall plot just plain fails to resonate. The entirety of Black Plague seems to be building up to something huge and revelatory and frightening…only to abruptly end with a noninteractive cut scene and a bizarre, text-only epilogue. A series as frightening and immersive as this deserved to go out a little more spectacularly.

In the end, though, everyone should play Penumbra: Black Plague. If you played Overture and enjoyed it, Black Plague has even more of the stuff you loved, and less of the stuff you hated. If you haven’t played Overture and you’re just hungry for something truly original and unusual, then you need to try the second entry in the Penumbra series. It alternately shocks and entertains without resorting to the boring, repetitive combat we usually associate with survival horror. Black Plague is nowhere near perfect, but it still deserves to be played.

I’m the definitive profile of a sucker for horror games, so I was alertly waiting when the first Penumbra title was released. Sadly, as it is so often when your day’s work is writing about games, it came and lay on my desk for weeks before I was able to get to it. Even then, I didn’t get far past the install, only stopping momentarily to appreciate its atmosphere before I got distracted again by the beastly internet.

It was this inexperience with the title that I held in mind as I approached a review for Black Plague, torn between wondering if I would be lost in the sequel and damning myself for not playing the first game (which, amusingly enough, is still somewhere in the same pile on the same desk.) Luckily, the atmosphere of the sequel is so engrossing I had forgotten all about not playing the first game within my first few minutes of immersion. 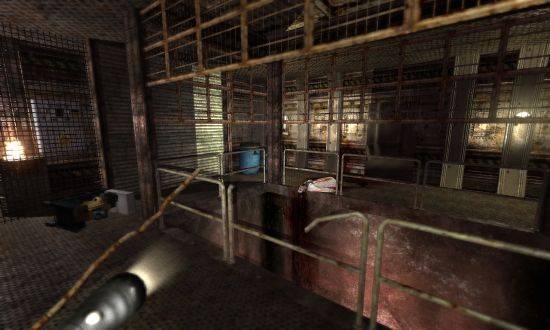 The key that makes Black Plague work can be summed up in one word: dread. If come into the game as a Silent Hill player, expect to have your standards for skincrawling met — playing at night with headphones on actually made me nervous and sped up my heart rate. The ability to manipulate the emotions of the player is key, and Penumbra seems to have it down pat.

Of course, being a horror gamer is a double edged sword, depending on whether you are content with just scares or you need a story to make the fear come to life. The story here is fine, although not as developed as some of the stories I’ve had the pleasure of playing through. However, the voiceover of the character you “share” your mind in the game’s second half dampened the mood just a bit for me. I felt the voice was meant to taunt you, but somehow didn’t come through as effectively as I would have liked.

While I agree with Anthony’s take on the ending, I have to say that the meat of the gameplay itself is engaging enough to make for a solid interactive experience. The good points far outweigh the bad ones, and the formula has definitely been improved upon. If only they had continued with the series, I can only imagine how good the third could have been!