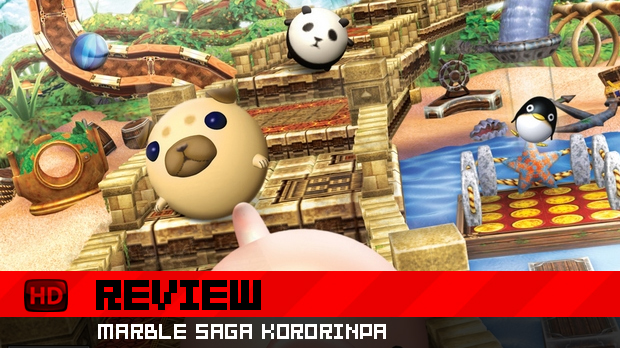 The original Kororinpa:Marble Mania may have been a very simple game, but I can honestly say I enjoyed it more than anything else that came out for the Wii that year. A no-frills challenge combined with marbles that sported a bit more personality than your usual marble roller made for a pretty great experience. It seems I may not have been the only person to think so, as Hudson announced last year that a sequel was on the way.

Today, we have said sequel in our hands, and it looks like it brings back the experience of the first game with some cool new additions, including 150 new levels (not to mention the ability to make your own) and functionality with the Wii Balance Board. It sure sounds interesting, but my burning question is (of course) …. can I play as the pig marble again?

The first thing you’re likely to notice about Marble Saga Kororinpa is that Hudson has gone with the personality that made the first game memorable and kicked it up a notch. Instead of going straight into the levels, you are introduced to a little Ant named Anthony who has a bit of a dilemna. He’s on a quest to find the Golden Sunflower, and while you roll your way through mazes you must aid him by collecting stuff. He also appears at the bottom of your screen as you play, encouraging you when you fall and even complaining to you about his empty stomach! 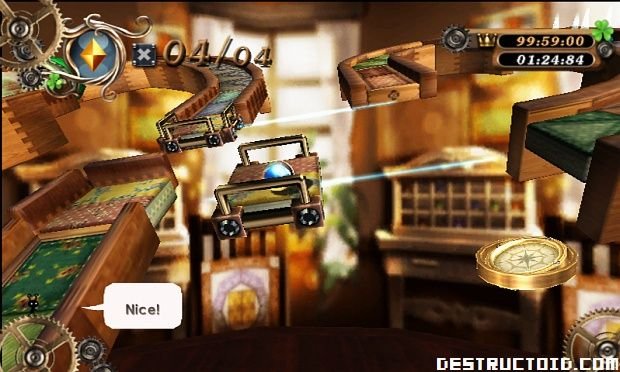 I loved the idea that Kororinpa had gained a story mode, but the problem with it is that it just doesn’t feel as interactive as I wanted it to. Aside from Anthony hanging out on your display while you manuever through levels, you just don’t talk to him that much, and I can’t help but wish there was more where he came from. It doesn’t detract from the gameplay at all though, because the story is cute … it just left me hungry for more.

If you liked the first game, however, you likely weren’t looking forward to a second for a story, but gameplay. When it comes this, Marble Saga Kororinpa definitely improves on the original formula with a few interesting twists. You’ll see a lot of new items in levels to either help you along or hinder your progress, and it’s obvious that Hudson put a lot of time into adding variety and replayability here.

The issues I had with the controls of the first game, sadly, are still present in the sequel. The camera is just fine when following you along a flat surface, for example, but when you have to take a path that forces you to flip the board sideways or end up on an extreme turn you can find yourself twisting the Wiimote into uncomfortable positions that often cause multiple deaths on a level. It just feels awkward. Don’t even get me started on how this works if you use the Balance Board instead. Suffice to say you can more or less end up in a heap on the floor. The controls are perfectly playable, but they simply feel like they cause the player to struggle more than he or she should have to. 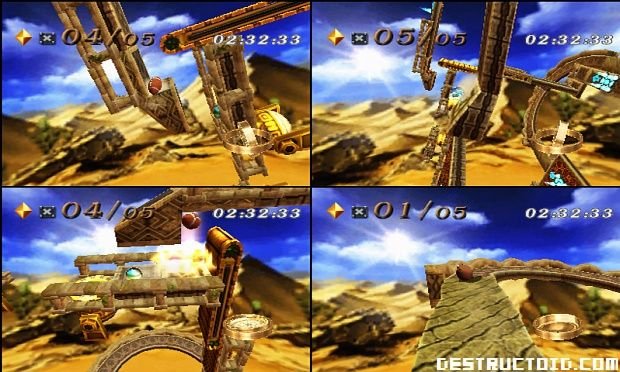 The addition of a level editor, called the Junk Factory, is one of my favorite new additions to this sequel. You are challenged to collect extra parts as you roll your way through the levels, which can then be used in the Junk Factory to create your own stages. Once you make your own levels, you can use WiiConnect 24 to share them with other players. For someone with the patience and time to craft levels, this could be one of the most addicting parts of the game. However, you will have to go out of your way to find the parts as you complete levels, so you’ll need some patience to be able to get your hands on in the first place!

Just like the first game, one of the most satisfying and rewarding parts of Marble Saga Kororinpa is collecting the marbles. You have to go after the green crystals in the levels to do this, and since they are usually located off the main path in an out of the way area, you’ll have to take some time to consult your map and track them all down. frankly, I feel it’s worth every bit of effort spent, as the balls will either keep you laughing with their funny noises or challenge you with their speed and slick surfaces. A new addition is the Mii Marble, which allows you to squish your Mii inside a little cage and roll it around. 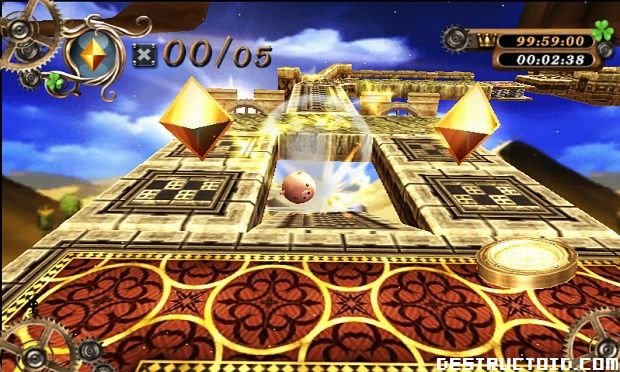 Pleasant music and beautiful levels help to round out this cute offering, and while I do feel the control issues could cause some frustration for players, the determined ones will work around it and keep on pushing forward. Along with the vast amount of new content — the sequel contains more than three times what the original game did — and a new, cheaper price point, Marble Saga Kororinpa has a lot going for it.Just be ready to twist your arm into all kinds of highly unnatural positions if you do decide to pick this one up.