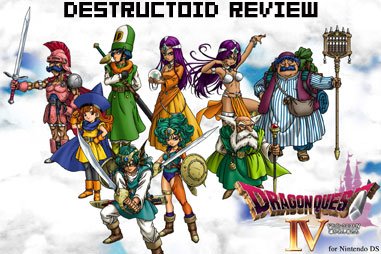 Don’t ask me what it is, but I love to play RPGs on my handheld gaming systems. Maybe it’s because I can take it then along on a long plane ride to help the time pass, or maybe I just like the idea of being able to whip out one of my old favorite adventures at anytime and lose myself in it. Whatever the reason, Dragon Quest IV: Chapters of the Chosen is certainly a remake that I have been looking forward to.

Of course, then there’s the other perspective: Square is remaking every classic RPG under their belt, and although we’ve bought them before this is merely a clever tactic to make us buy them again, therefore squeezing us dry of every penny we possess. So — should you buy what is essentially a pretty retread of Dragon Warrior IV? Or, if you haven’t played the original, is is worth playing in its new incarnation?

Hit the jump so I can give you the skinny, ladies and gentlemen.

While I have enjoyed the recent remakes of the Final Fantasy series on DS, I have to admit that I simply favor the 2D sprites over the 3D look — I’d venture as far as to say a classic RPG isn’t quite the same without them in my eyes. Suffice to say, if you love the same look, you will be thrilled with the way Dragon Quest IV looks. Everything has been cleaned up and given a modern, vivid makeover, but the feeling you get playing it is still very much the same you get with any hardcore old NES RPG. 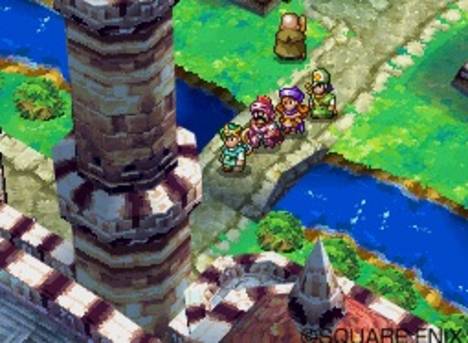 Okay, so it’s pretty (at least in the eyes of a retro enthusiast). So what if you haven’t played it before? Well, the story is classic RPG fare, but it has a neat twist. Rather than following one group of characters through the entire story, you play the game in five separate chapters, each presenting you with different characters to play as. In the fifth chapter, you play as the hero of the story, and all the characters you have previously played will join you as your companions, elegantly tying all the loose threads together.

In addition to the main characters of each story arc (the Hero, Ragnar McRyan, Tsarevna Alena, Torneko Taloon, and Meena and Maya), there are tons of other characters you will meet during your adventures, including a solid handful of NPCs who will come join your party at parts of the game. I was most thrillled to see Healie, but considering I’m a sucker for slimes in this series I’m sure I’m biased.

Despite the major improvements to the look of the game, the feel of battle is very much the same — classic, straightforward grinding. This is the part when I warn you that if old school style grinding is boring for you, you may want to think twice about picking up the game. I love leveling up my characters, but newer battle systems have spoiled me a bit and sometimes I find I can only take so much grindage before I have to take a break from a game. However, if you’re looking for a grindfest, you’ll adore every moment of the battles. 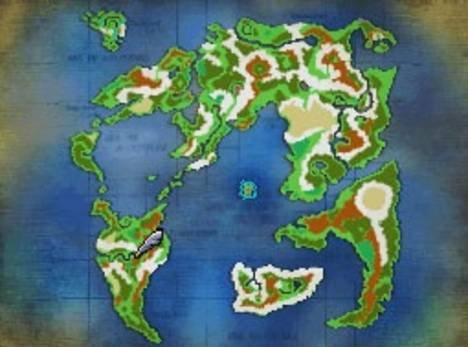 As you explore the world map, you’ll also see it on the top screen of the DS as pictured above. This is one of my absolute favorite additions to the game, as it gives you a better feel of the overall world and allows you to really see where you are going, rather than aimlessly wandering and hoping you bump into a town.

Of course, that’s not the only new stuff the game has to offer. There are small changes that make gameplay smoother, like the automatic use of a key on a locked door rather than having to physically select it from one’s inventory and then use it on the door. You can also search drawers and smash pots, which will sometimes yield an item. The new Prologue that was first seen in the PlayStation remake is also included in this version. 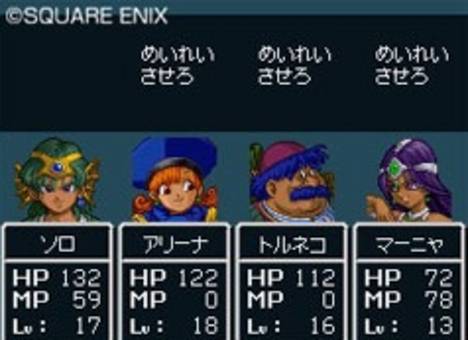 Koichi Sugiyama took the helm for the music, as always, and it sounds simply glorious. Worth noting: the original Dragon Warrior IV was one of the only RPGs to feature a crescendo in the battle music, which was more or less unheard of in an NES game. The bleepy feel of the original score has been smoothed, but you’ll still smile at the familiar sound effects and melodies.

As to be expected with the majority of portable DS titles, the overall play time is considerably shorter than your average 50-80 hour console RPG (you’re looking at 30 hours or so with this one). Lucky for you, it will feel longer because of the challenge of difficulty. While not quite as punishing as Final Fantasy IV, you will still suffer adequately while some foul creature beats the everliving Christ out of you while you scream for mercy. Of course, I like it that way — beats the hell out of simply barreling through a game and never having to think twice about what strategy to use to emerge from a boss battle with your limbs intact. 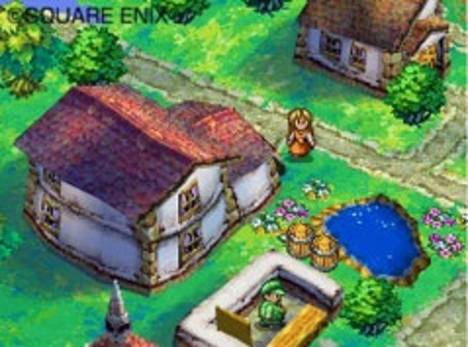 My biggest takeaway from Chapters of the Chosen is that despite it’s sexy new makeover, it still feels like an old school adventure. This is heavenly news for retro fans, but could possibly alienate people that have never played the series as they may find the hallmarks of old RPG gameplay (battle especially) repetitive in comparison to modern adventures. However, if you’re used to the good old days of grinding, it shouldn’t phase you a bit, and you will certainly enjoy this classic journey.