I’m going to go ahead and warn you guys: this video is from last year’s E3, and is, more or less, the only footage of Quantic Dream‘s Heavy Rain. Actually, let me clarify that its not even game footage, but an elaborate and sexy tech demo. I’m working off of the assumption that Heavy Rain has been under most of your collective radars as it has been mine. There’s also a teaser poster availble (a huge replica of which is hanging in Quantic’s offices in northwestern Paris), but it doesn’t reveal much, either.

Unfortunately, details of Heavy Rain have been scant. Following an interview with Quantic Dream’s executive producer, Guillaume de Fondaumière, I don’t have anything new to tell you. Quantic just announced an upcoming PS3 title (which may or may not be Heavy Rain) but was conspicuously absent from the E-Sports World Cup and didn’t make an appearance at this year’s E3. They will, however, be at the Leipzig Games Festival and the Tokyo Game Show.

What I do have is an interesting interview about how Quantic Dream competes with the big development houses, the state of the European gaming industry and where it fits into the gap left between American and Japanese gamers. M. de Fondaumière was quick to point out that Europe certainly isn’t new to the mutlimedia rodeo — birthplace of film, ftw!

Hit the jump to read more

Is Heavy Rain the PS3 exclusive mentioned in last week’s press release? When will it be released?

Guillaume de Fondaumière, company manager, Quantic Dream: We have not announced the name of the title nor its release date, but shall do so in due course.

Dtoid: I know that Heavy Rain isn’t a Fahrenheit sequel, but are the two related in terms of art style or direction? Will Heavy Rain be as theatrical as Fahrenheit was?

QD: We are working on a totally new franchise which will be featuring an innovative narrative structure and once again push the gaming experience to realise a new level of interactivity. In particular, we want to engage players at an emotional level never experienced before. We’re looking forward to revealing more news on this special title later this year.

Dtoid: What is Heavy Rain‘s game engine like? Is it proprietary, and if so, would Quantic Dream be willing to license it to other development houses?QD: Our next project is under development using a proprietary engine and tools that are under constant development since 10 years. A great number of these technologies are very unique.

We could be licensing some of them in the future, but developing games and licensing game technology as middleware are two very distinct businesses. We do however service our motion capture studio since several years and are currently analysing the opportunity to offer a complete – one-stop – solution to create real-time 3D virtual actors, which constitutes an important component of our know-how.

Dtoid: Moving away from Heavy Rain, how does Quantic Dream compete with much bigger developers, in terms of budget, resources, and creativity?

QD: Today, Quantic Dream has a 70+ in-house development team, but we are also working with a number of freelance artists around the world and subcontract some of our 3D graphics production needs to third companies. Our industry has become extremely competitive in terms of human resources in the past 12 months and real talent is difficult to come by everywhere.

David [Cage, founder and lead designer] and I saw the problem coming two years ago and very early decided that we had to look out for talent all over the world and across media. We have started to work with foreign artists 18 months ago and then started to bring in a number of high profile artists and technicians from all over the place (Japan, Australia, US, Canada, UK…). Today, we are a truly international company. I think it was essential not only because it became very hard to find the right talent here in France, but also because our industry has become a global industry; it is essential to be able to have within your team people who, because they come from abroad and have had different experiences and influences, have a different perspective on our medium. But this is not something that is easy to do, you have to carefully plan it and adapt your structure to be able to welcome these people the right way. We have for instance a dedicated person accompanying full time our foreign personnel: they don’t have the hassle of finding an apartment, a school for the children, etc… they feel comfortable and adapt quickly. Developing innovative games and having an uncompromising focus on quality has also been an important factor to attract world class talents.

Concerning budgets, you hear all sorts of things and it is very difficult to compare projects because they are sometimes very different in nature. We enjoy a partnership with one of the main actors in our market (Sony Worldwide Studios), our project is an important one in their portfolio and the budget is at the level you’d expect given these parameters. 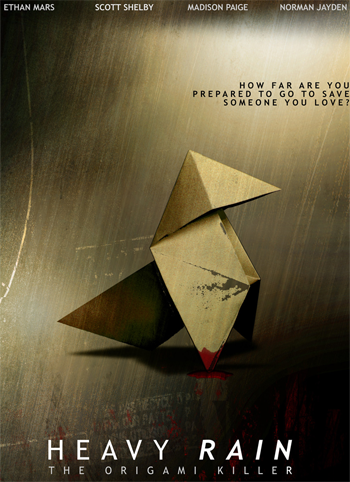 Dtoid: Paris (and Europe in general) is quickly becoming a center for animation and video game development, with many developers located here. Any comment on the growing number of ambitious, creative European developers? How will these new companies change the gaming industry?

QD: Actually, countries like the UK or France have been creative centres in the gaming industry for more than 25 years now. You shouldn’t forget that Infogrames (today Atari) was founded in 1983 and Ubisoft in 1986, to name but these. Concerning animation, France is enjoying a solid reputation in traditional animation and graphic design since the 70’s and in more recent years also in 3D animation. The same applies actually to the UK, and to a number of countries of the “old continent”. The games industry however is evolving much faster than any other creative industry.

In less than 25 years, video gaming has grown to become one of the major forms of entertainment and cultural expression on a worldwide scale. Emerging countries like Korea, India, China, etc… are investing heavily in gaming, as they are in all digital media, and are becoming major creative centres themselves. We also witness that one of the effects of global competition is that creative talents move out of Europe, in particular to places like Canada, the US or China. Therefore, if Europe in general has historically been a vibrant artistic centre, the European video game scene cannot simply sit on these laurels.

Now on the subject of creativity and the impact of new studios, I was particularly impressed this week by John Riccitello’s statement on the stand of innovation in our industry and his very bold take on the fact that games “bore people to death” ! I will not comment on EA’s influence on this situation (innovative studios turned sweat-shops, constant sequels of sequels productions, hurriedly adapted Hollywood IP’s, etc…) but I think there is a lot of truth in what he said. I am very happy to see that new studios emerge a bit everywhere today. These new studios will certainly bring some fresh air and a breath of innovation. I think that European studios in particular will have the opportunity to show their talent as they will be able to leverage at the same time on Europe’s cultural history and natural talent pool and take maybe better advantage of the globalized environment than the older generation. If John’s “confession” is followed by actions, these new studios may well have the chance to express these new views in the short term and change the face of video gaming sooner rather than later.

Dtoid: Simultaneously, many are discussing the widening gap between Japanese and American games — how is Quantic Dream dealing with these differences and changes in the gaming industry?

QD: Historically, the two major video game producing nations are Japan and the US. Since the beginning, there has been a clear difference between the games produced in these two countries. Games are a cultural form of expression and therefore, these differences, be they in graphical style or gameplay mechanics or else, are the natural illustration of the cultural differences that exist between the two nations. I am not sure if this differentiation is more important today than it was in the past. In the contrary, I tend to think that games are a formidable media to promote culture; certain Japanese games have crossed many borders and by doing so, they contributed a great deal to popularise Japanese realms of imagination amongst western audiences and also western game creators, and vice versa.

The European video game scene is I think equally influenced by the two sides and of course, we do also have our very own style and aspirations. If you take “French” games, I think you can find certain similarities in style between them. We are greatly influenced by our cinema, our comic books etc… We also have a natural tendency to intellectualise our creations – sometimes for the best, sometimes for the worst -, something you won’t find in a lot of countries.

At Quantic Dream, we are developing a very distinct kind of games. David Cage, the founder of the company and the creative director behind all our creations, is putting a very strong focus on pushing the boundaries of interactive narration and to diversify emotional responses from audiences in front of a game. We are looking very closely at what other developers across the world are doing and of course, we are also influenced by certain creations, for instance original gameplay mechanics that could contribute to what we are trying to achieve. On the other hand, as pioneers in certain fields, we are also venturing into virgin territories and are probably the ones who influence others around the world. We like to think that through our original creations, we contribute to the diversity of this fantastic media that video games are.

LONDON, July 3 2007 – Sony Computer Entertainment Worldwide Studios (SCE WWS) is pleased to announce that it will be collaborating with developer Quantic Dream on an exclusive PLAYSTATION®3 (PS3™) title – more details of which are to be announced soon. Quantic Dream has an outstanding track record in delivering interactive, cinematic games with true emotional depth. Combined with the power of Cell Broadband Engine™ and game development technology of PS3, the project is expected to set a new benchmark in delivering emotionally compelling experiences to gamers.

Founded in 1997 by David Cage, French developer Quantic Dream has achieved international renown for its ground-breaking innovation within the games industry, particularly in the areas of interactive narration and emotional content. The studio’s record speaks for itself: in particular Quantic Dream was responsible for 2005’s award winning Fahrenheit (known as Indigo Prophecy in the US and Canada), a paranormal, interactive blend of film and gaming that was widely praised for re-imagining the adventure game genre.

Michael Denny, Vice President, SCE Worldwide Studios, said: “We’re really excited to be working with Quantic Dream for the first time and to have this opportunity to once again push the gaming experience to realise a new level of interactivity and, in particular, to engage players at an emotional level never experienced before. We’re looking forward to revealing more news on this special title later this year.”

David Cage, Founder, President and CEO of Quantic Dream, said, “We always believed that “next generation” meant more meaningful content based on players’ emotional involvement. To us, PS3 is the only platform that can truly deliver on this promise, and SCE WWS is a group that is both inspiring and pleasant to work with.”