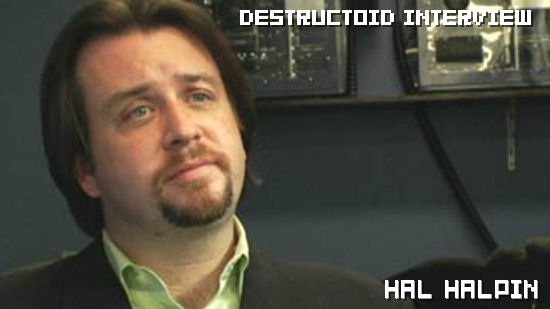 Any reader who consistently tracks the political side of videogames should be aware of Hal Halpin. President of the Crest Group, the games industry consultancy that manages The Electronic Consumers Association, Halpin is frequently seen at the forefront of the battles between videogames and their nemeses. In fact, the ECA is a body set up to deal with this very battle.

The ECA represents us, the gaming consumers, the ones who are told what we should and shouldn’t buy by attackers of the games industry. Hal Halpin is important to us because when we need representing, he is the man you call. Having also founded such fine Web sites as GamePolitics, the ECA is an intelligent and measured voice for the gaming public.

Destructoid and Hal got chatting about the often insulting mainstream coverage of videogames, the harsh critics that want to paint interactive software as a moral cesspool, and the general problems that face videogames in the mainstream spotlight. He had some interesting things to say, which is pretty good because otherwise this article would be terrible. Hit the jump for our full interview with the ECA’s Hal Halpin.

Destructoid: As the man at the vanguard of the games industry’s defense, you get to hear and read everything that gets said about it in mainstream media. What aspect of the continued attacks on the games industry galls you the most? What’s the most disgusting aspect of what the media is doing?

Hal Halpin: Easily the trend of sensationalism in lieu of journalism.

Destructoid: Do you think, as many do, that games are singled out and scrutinized more than any other medium? If so, why do you believe this is the case?

HH: I think that much is clear. Many of my counterparts who run trade associations that represent parallel sectors in the entertainment field simply feel that it’s “our turn” as a medium – referring to the fact that they have each survived public scrutiny – but I believe that view to be short-sighted. In the end, what happens to us will happen to them.

Destructoid: We’re told constantly of the “threat” that so-called violent games pose to children, but so far have been told very little. We hear vague terms like “desensitize” and “affect,” but nobody actually specifies the harm until someone fires a gun and the closest hack smacks his/her lips and says “uh huh girlfrien’, ah tolds ya so.” In your mind, what, if any, actual specific threat can mature games pose to children?

HH: Well the problem there is the lack of actual research. As a consumer advocacy group we’re a bit different in that we’d be pleased to see more data, but would add that it needs to be valuable: longitudinal, objective, and inclusive of parallel media. A study that has a large sample size of statistical significance that studies the effects of violent and sexual media would be beneficial. To date, we’ve seen nothing like that. Instead we see research that is short-term, politically biased, and proves a near-term increase in adrenaline, dopamine and aggression when playing an aggressive game. Well, so what?! You’d get that same effect if I were to sneak up behind you and yell, “boo!”

Destructoid: Games are consistently misrepresented as toys, as something for kids, despite the increasingly mature subject matter and growing age of the videogame playing consumer. If you could choose three videogames to show to the critics as a way of explaining that games aren’t just for the chilluns, and can be very adult, intelligent, even beautiful works of art, what games would you
pick?

HH: Yeah, that’s a generational difference that we’re not likely to overcome in the short term. Generations X and Y grew up with games as a part of their broader entertainment diet and understand that it’s media – to be consumed similarly to music and movies, and respected as such. Baby boomers and older folks – say over 45 years of age – matured watching their kids and grandkids playing games, and so see them as toys. It’s a fundamental difference in perspective. As for the titles that I’d hold up when a critic asks for three to prove the art form… I don’t believe I’d answer. Instead I’d counter that they should name three films, TV shows, songs or books that fully define each as an art form. To a non-critic, I’d point to anecdotal feedback, such as the increasing realism of Madden, the fact that Final Fantasy rivals the animation of Pixar films, or the quality of game audio and soundtracks.

Destructoid: A while ago, N’Gai Croal suggested that videogame developers need to take a more active role in the defense of their creations. He cited BioWare burying its head in the sand over the “Sexbox” Fox story, preferring to let the fans do the fighting instead. We believe here that the games industry needs to show more self respect before it can expect others to respect it. Is this something you agree with, or do you believe instead that developers are handling criticism the right way by not engaging it?

HH: I have a lot of respect for N’Gai, but disagree that it’s the artist’s responsibility to stand up for their artwork. The industry has three very powerful trade associations that are there – among other reasons – to defend the work of their members, to create and sell these products. In looking to other forms of art, it’s rare that the artist is expected to be the sole defender of their work. It’s more complex than that. But one of the reasons that the ECA jumped into the fray was because we see giving gamers a collective voice with which to speak as a part of our charter, and this was so clearly an injustice that we were compelled to action.

Destructoid: As I understand it, you’ve also been dealing with the attempts of various interested parties to pass a “videogame law” to protect children from these evil, evil games. Aside from the fact that it, yet again, singles out videogames as opposed to books and movies, why do you oppose the law?

HH: Yes. Our management team, which presently runs the ECA, ran the retail trade association that represented the category’s leading merchants (Wal-Mart, Target, GameStop, Best Buy, etc.) for the previous nine years. We fought alongside our coalition partners, but really it was the publisher’s trade association that was, and remains, the lead dog in the fight. With the ECA our position remains the same, but our perspective changes. Instead of fighting for a retailer’s right to sell the product, we fight on behalf of consumers to rent and purchase them. Consumer rights were something that wasn’t discussed and wasn’t a part of the discussion until the ECA came along (just over a year ago). Our hope is to grow the association’s membership so that we can create an atmosphere for change – empower and enable gamers to get involved and change the paradigm. We intend to do that via growing chapters and educating the membership and then halting the progress of legislation in the early stages. So getting aggressive, rather than employing a defensive posture.

Destructoid: Last week, industry veteran Bruce Everiss pointed out that The Bible, favorite book of many right wing, game hating extremist Christians, contains plenty of references to sex and violence itself. Do you think it’s hypocritical of the Christian right to want videogames locked away and criminalized, while allowing The Bible to be sold freely and made widely available to all? Do you think the passing of a Bible Law instead of a Videogame Law would soon see those people quickly using an ironic “freedom of speech” defense?

HH: Unfortunately, in my experience it’s not just the far right or the far left that we have to worry about, but both. Typically, the conservatives deplore sex in games, while the liberals revile violence. In instances that both exist… say, Hot Coffee, we see both come together. As for the Bible, it, like other great works reflects humanity, of which violence is an important component. Saying that one form of media is more violent than another is lunacy. It is incumbent upon us, as parents, to give our children an appreciation and respect for violence, not to shelter them from it. That said, I would hope that parents allow their children to read, watch and play games that are violent or sexual in connotation in measure.

Destructoid: Do you think God, if he exists, approves of Grand Theft Auto?

HH: Wow… well, I guess that it the Supreme Being weren’t busy enough with managing the affairs of the entire universe and had some time to worry about our little galaxy, solar system, planet and hobbies… he or she would probably judge the game based on other titles and its contribution to culture. In that regard, I don’t know how any conclusion could be drawn other than that it is one of the most important works we have produced to-date. For all of the good and bad, it has fundamentally changed the sector and educated tens of millions about interactive entertainment.

Destructoid: What do you make of the Videogame Tax idea that has started to rear its ugly
head?

HH: I think it’s far more dangerous a trend than we’re giving it credit for. Personally, I find it disgusting and discriminatory. With an epidemic of obesity in the U.S. legislators are focusing on games as the reason, and not transfats?! Seriously. This is just another example of feel-good legislation. Fruitless. Pointless. And it should concern us more…

Destructoid: What do you think of games receiving AO ratings? Is this something you see
happening more in the future, following the pre-edited Manhunt 2 receiving this fate? Could the AO rating ever become a legitimate avenue for particularly graphic titles, or will it always be a practical death knell with game stores refusing to stock it?

HH: The AO rating issue is a complex one: the manufacturers will not permit AO-rated content on their consoles – they’re relegating it to PC-only – and then the retailers, who have no issue with selling un-rated DVDs, will not sell AO-rated games. And finally consumers, our perception of them carries a social stigma that I’m not sure can be overcome. My thought, which I’ve shared with Pat Vance, head of the ESRB, is that we need another rating inserted. Similarly to the insertion of the E10 icon and descriptor, we need something to differentiate the types of M games. That would also remove the major argument that our opponents bring to the table.

We’d have loved more time with Hal, but what with GDC and all, he is understandably a very busy man. Destructoid would again like to thank Hal for his time and we hope to be able to speak with him again soon.

Filed under... #Controversy #Cooler than the other side of the pillow#Interview