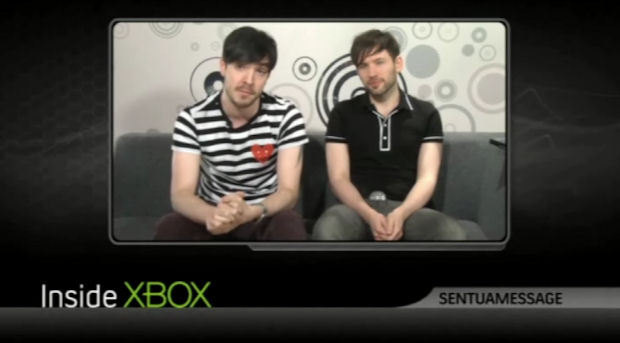 Xbox Live Europe may not have Major Nelson, but it does have two handsome chaps who go by the name of “MrPointyHead” and “SuperKaylo.” They are very much the PJ & Duncan of videogames and I think they do a good job, even though my friend refers to them as “that couple o’ tits who present Xbox Live.”

Anyway, the latest episode of their “Sent U A Message” question-and-answer show went up on Xbox Live this week and is notable for mentioning a particular Destructoid editor in what could be described as a shockingly poor joke. The new Pirates of the Caribbean movie stars a certain Captain James Sterling. I’m sure you can already tell what our two intrepid hosts said about that.

For reasons of pure egotism, I have posted the video for you to look at. It’s literally nothing but a namedrop and a very obvious gag, but because it’s about me, I felt it necessary to waste everybody’s time and force you to watch it. Shut up, I’m posting on the frontpage and I can post about whatever I want! Even a Percy Jackson movie review if I wanted to so shut up!

Seriously though, I do like these guys, and it was rather cool to get a mention.