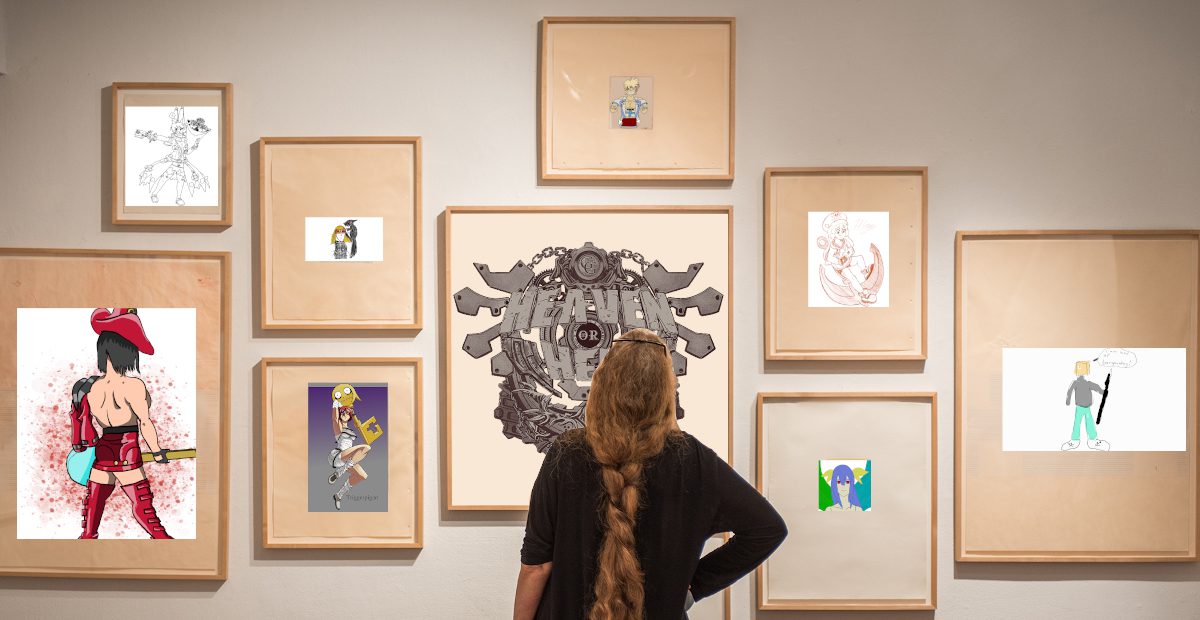 [Don’t call it a comeback, Bass has been here for years. But this is kinda a comeback for Destructoid Draws. Marvel at how talented some of our community members are in this second Guilty Gear edition of the beloved community classic. -Anthony]

There’s a joke about fighting game re-releases in here.

Can you believe it’s been almost two years since the last time I’ve hosted Destructoid Draws? I sure can’t! It can be a little scary, realizing how quickly time has gone by. And now a new console generation, and more importantly a next Guilty Gear entry, is right around the corner. Is there a better time to revisit the theme of the very first Destructoid Draws and return to a series that’s very dear to me?

For those who (understandably) would like a little context, Destructoid Draws is a blog series where community members join to draw video-game related Things following a theme. This time, my Destructoid friends drew a Guilty Gear character and shared with us a little tidbit about their choice.

Without further ado, let’s get started! One more time, with feeling!

“I tend to gravitate toward Bruce Lee archetypes whenever I play fighting games. Jann Lee in DOA, Law in Tekken, Karin in Street Fighter. So I naturally fell in love with Jam when I first played Midnight Carnival way back on the original Xbox. Her simple motivation of wanting vengeance for her burned down restaurant was easy to understand and I loved her brash and headlong nature, willing to jump into fights with the thinnest of justifications.

Relatable to a head empty no thoughts young person.”

“Knowledge I only realized while drawing this, A.B.A is Kairi from Kingdom Hearts in a Halloween Town cosplay!”

“I’m not much of an artist, but I am a huge Guilty Gear fan. The series means a lot to me, as it was my gateway internet community a long time ago. Zato-1 had a connection to me before I ever played the game since I share a name with his demonic shadow-beast, Eddie. In Guilty Gear X Zato claims the shadow allows him to see and as such I arrived at the online handle I use everywhere on the internet to this day.”

“There’s something that naturally drags me towards fighting game characters with a unique gimmick. In Super Smash Bros Ultimate, I fell in love with playing Terry, with his fighting game inputs and additional moves unlocked when hurt. In Marvel vs Capcom 3, I played Phoenix Wright (poorly). And in Guilty Gear Xrd, Sin with his hunger meter was my character of choice. Not only is it satisfying to juggle a second bar and find safe periods to eat, but his character in the story is the kind of cheesy that I adore. Helps that he hits like a truck with hitboxes that cover 90% of the screen.”

“Heaven or Hell? FIGHT! I’ve never been hardcore into fighting games, but Guilty Gear is something different: Fast, stylish, and the soundtrack is incredible! The Midnight Carnival especially was a song that I greatly enjoyed. At the time I was also really into X Japan, and Midnight Carnival sounded a lot like their song Silent Jealousy. That’s basically why I went with I-No; Midnight Carnival is her song and even when she would kick my ass I enjoyed the fight. I’ve never been good AS her, but that’s just my problem, she’s awesome.”

“I don’t personally have much history with Guilty Gear or fighting games in general. I’m not much of a competitive person. But from what little I’ve experienced, it is fascinating the stories they manage to tell. The character design is always spot on, and the genre is one of the few places you can reliably find strong, capable female protagonists. Where was I? Oh yeah, Bunny Girl Good.”

“I tend to find characters that have multiple consciousnesses interesting. Once I saw Dizzy arguing with her wings I couldn’t choose any other character at that point, heh.”

“Simply put: Faust is the best Guilty Gear character much like Bag-Man is the best Spider-Man suit. When given the choice, I choose paper over plastic. Faust was a natural choice.”

“I played a bit of May in Guilty Gear Xrd, and she’s such a fun character. A cute pirate girl who wields an anchor in battle and summons dolphins? Count me in! Guilty Gear Strive has made her character even cuter somehow. I blame the tattoo and spats. I tried her a bit in the beta, and she’s just as fun and hard-hitting as ever. I can’t wait for the full game!

Strive probably won’t be coming to Switch, but a pirate can dream…”

It has been really special seeing everyone come together once more. Thanks a ton to those who participated, and I hope to see you on the battlefield!