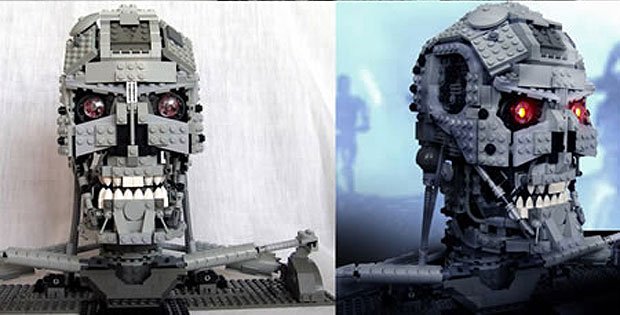 Yesterday, much to everyone’s non-surprise, LEGO Rock Band was revealed to the world. Despite the fact that we’ve had time to prepare for its arrival, reactions were… mixed.

The “family friendly” marriage of the LEGO and Rock Band brands has some people crying foul, perhaps worried that it means wearing their Rock Band “guitar icon” t-shirt won’t be as cool on the playground any more. Others are open to the fact that maybe playing Rock Band with LEGOs could be at the very least, I don’t know, fun?

Regardless, we don’t know enough about the game yet to really make a final call. But a listing on Xbox.com has shed light on some game details, more specifically, the LEGO-theme “rock challenges.” Examples include playing a “killer riff to destroy a giant robot, summon a storm, and demolish a skyscraper using the power of rock!”

The listing also mentions brick collection, which will allow you to build vehicles, and the ability to decorate your band’s hang-out. LEGO Rock Band will also feature a mode that’s easier than Easy… for the children. Like this kid.