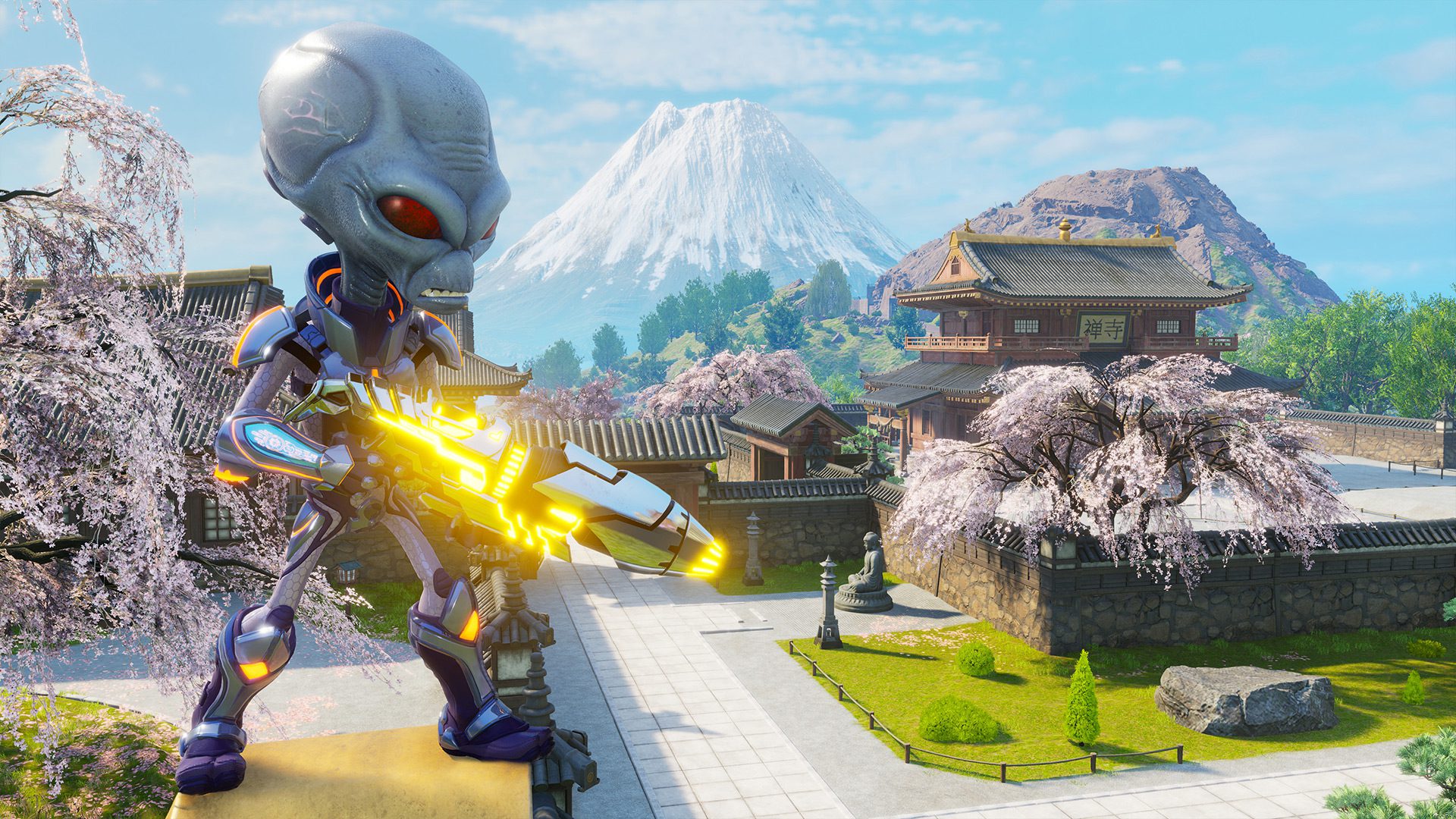 Sony has seemingly pulled the trigger a little early on the reveal Destroy All Humans 2: Reprobed, a full remake of the comically silly 2006 PS2/Xbox sci-fi sequel. The remake was announced in a since-deleted post on Sony’s Twitter.

Destroy All Humans 2 is, like its predecessor, a period piece, and sees mischievous, mankind-squashing alien clone Crypto-138 embroiled in a Cold War conspiracy involving the U.S. government, the Russian KGB, and even a bogus James Bond-alike named Reginald Ponsonby-Smith. Packed with city-leveling destruction, goofy humor, and familiar 007 motifs, Destroy All Humans 2 scored pretty well with critics and fans, despite its overly-familiar gameplay retread.

Much like last year’s Destroy All Humans! remake, it appears that this new take on the sequel will be developed by Black Forest Games. A leaked trailer (which you can check out here, courtesy of YouTuber Gerardo Games) shows that the original 2006 title will be rebuilt from the ground up. Fans can probably expect the game to launch on PC and console platforms. We’ll let you know when Sony or THQ Nordic officially confirms the title’s release.

Destroy All Humans! is available now on PS4, PC, and Xbox One.