If you’re looking to play Destiny this weekend, you can take part in a limited time multiplayer playlist in The Crucible called “Combined Arms.” It basically features increased heavy ammo drops as well as extra vehicles. Sadly, the playercount isn’t increased, and remains at six per team.

Xur, the unique vendor that only appears over the weekend, can now be found near the Speaker’s area, directly across from the entrance to his chambers. You’ll also find an attached list of upcoming events. 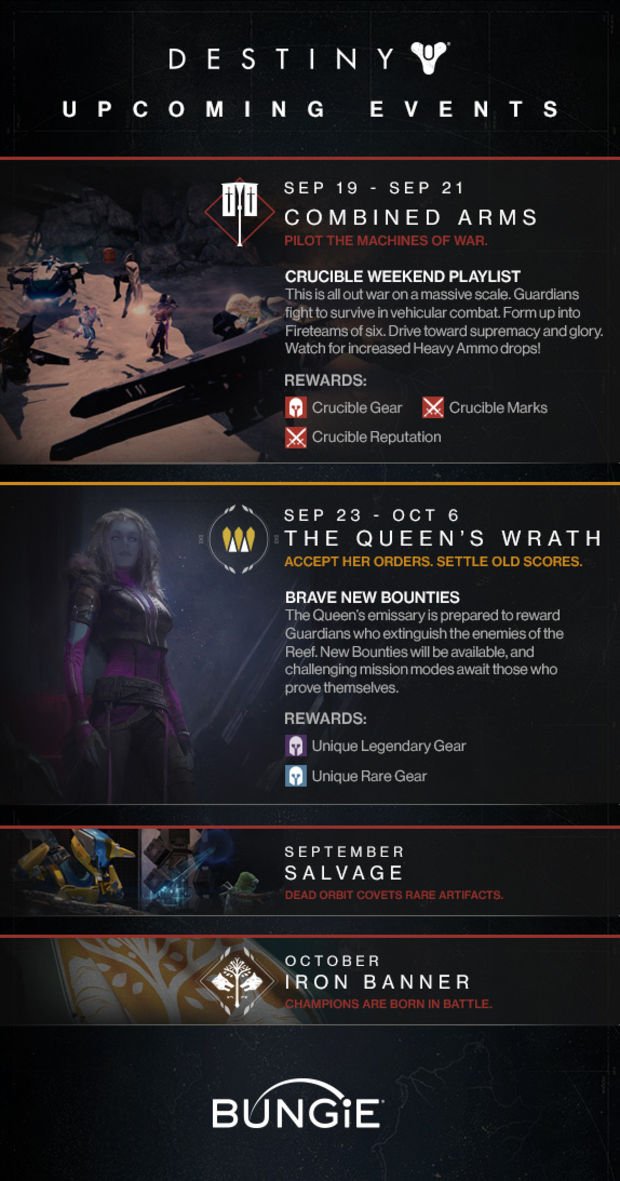