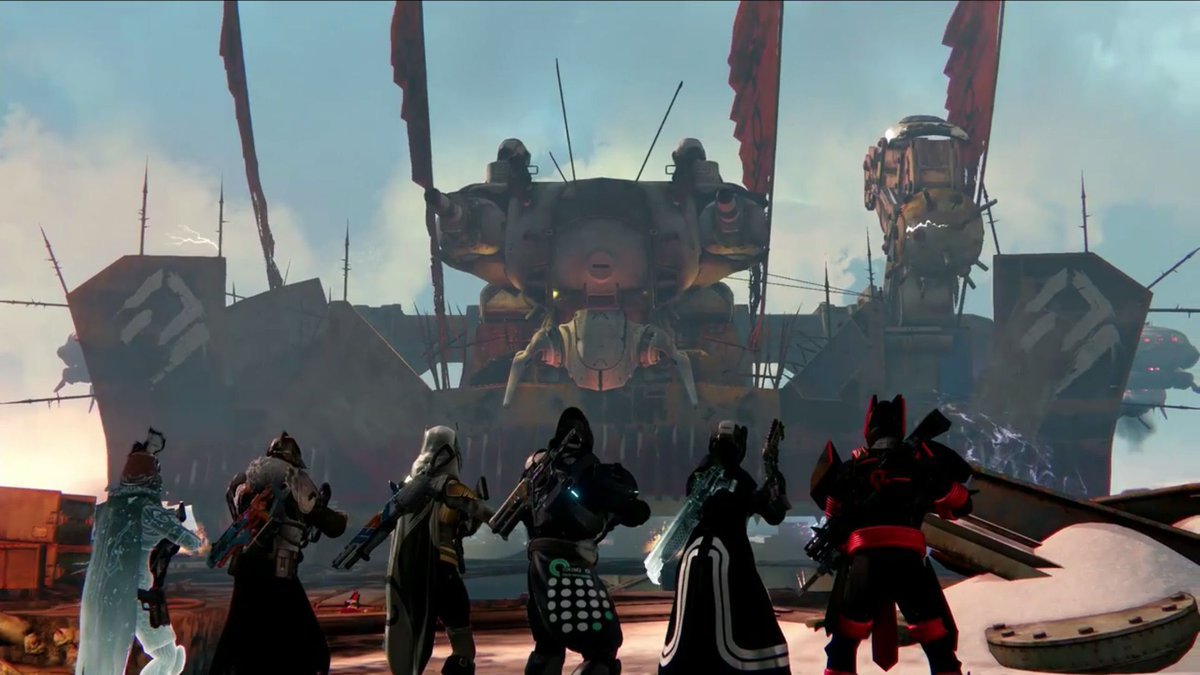 ‘It’s about smashing shit into other shit’

Destiny players have gone through three raids now. Crota’s End is generally considered the weakest, but there’s ongoing debate about which is better between the first raid, Vault of Glass, and the most recent one, King’s Fall.

One thing there isn’t much debate about is how King’s Fall is the most technically demanding of the three raids. Each party member has a job and if any one messes up, the penalty ranges from making the encounters more difficult to literally impossible. A single slip off a torn dimension platform can wipe a 15-minute attempt to kill Oryx, for instance.

Wrath of the Machine, the raid on its way in the upcoming expansion Rise of Iron, won’t have quite such a focus on nailing the mechanics, instead putting emphasis on a player’s Light level. In an interview with Game Informer, Bungie’s lead raid designer Gavin Irby answers a question about the new raid’s difficulty:

It’s hard. It’s largely a function of what your light level is versus the raid. King’s Fall has this property of where even if you’re over-leveling the mechanics don’t get easier so it still maintains this high difficulty, which at the time we felt was a virtue because people specifically wanted it and had been asking for it, and I think maybe now the community might be ready for something a little different that they can actually overlevel and get some mastery over.

I’m not so sure I’m feeling it. I know some Guardians complain they don’t feel like legends now because King’s Fall is still a fair challenge even though we severely outlevel the enemies. It’s possible to gain mastery over the raid, but it’s the kind of mastery one gains over Spelunky rather than the kind one gains over Final Fantasy; it comes from within rather than from without. With this in mind, I hope Wrath of the Machine doesn’t end up feeling trivial once we get close to 400 Light. I wouldn’t want to see it meet the same end as Crota.

There are some other fun insights into how Destiny‘s raids are built, including the idea that Wrath of the Machine is “about smashing shit into other shit.” It’s worth a read; those interested can click below.