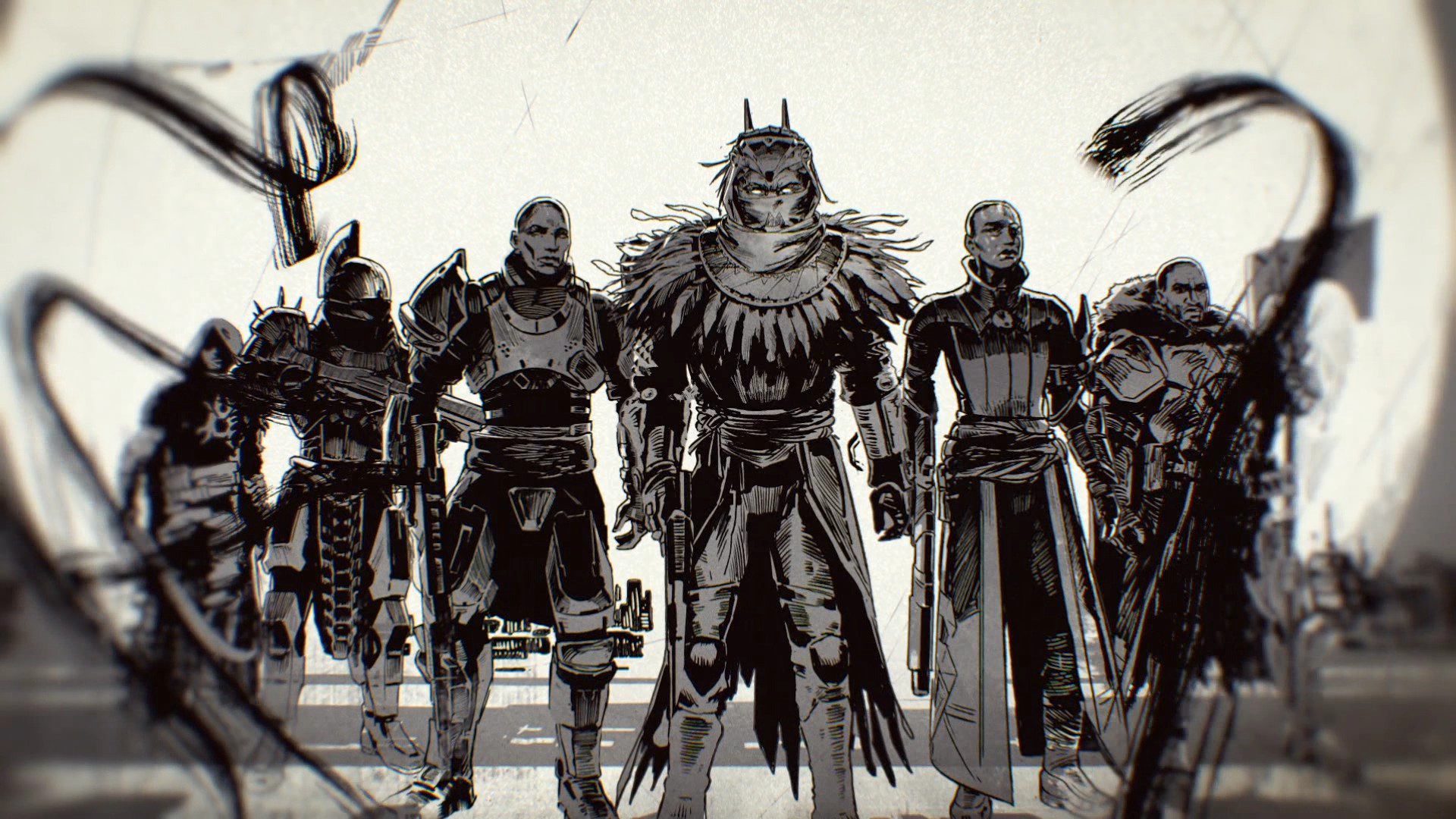 Did I ever really leave?

The Season of the Lost has begun in Destiny 2, which to non-Destiny players, might not mean very much. Destiny 2 lore is filled with proper nouns and sometimes-ambiguous terminology that can mean a great deal to those in the know, and not much to those who haven’t been closely following along. And somehow, with Season of the Lost, I’ve moved from being in the latter camp to the former.

My experience with Destiny has been on-again, off-again. I tried it at launch, when it came as a pack-in for the glacier-white PlayStation 4 I wanted, and bounced off; I tried it again, with the launch of The Taken King and at a point in my life where I needed a game I could sink mindless hours into, and found exactly that. With Destiny 2, I played the campaign and left satisfied, and I dipped back in for a little bit of Shadowkeep, mostly because I think Eris Morn is cool and the space-horror aspects of Destiny really draw me in.

And now, with the reveal of The Witch Queen expansion that’s due out in February and the launch of Destiny 2‘s new season, I’m back in. It started out on a whim, as Destiny 2 is cross-play and I was easily able to migrate my long-running PlayStation guardian to my PC. But what I’m finding now in Destiny 2 is a hook that I was looking for, as the seasonal content building up Savathûn’s re-emergence is getting really exciting to follow.

For regular Destiny 2 players, a lot of this is going to sound familiar. You already know what Destiny 2 has been like, because you’ve been playing it. This one is going out to the folks like me, the lapsed Destiny fan who hasn’t been following all too closely what this game is, or what it’s become over the past few years, because it is very different from that Destiny that came pre-packaged with a PlayStation 4. 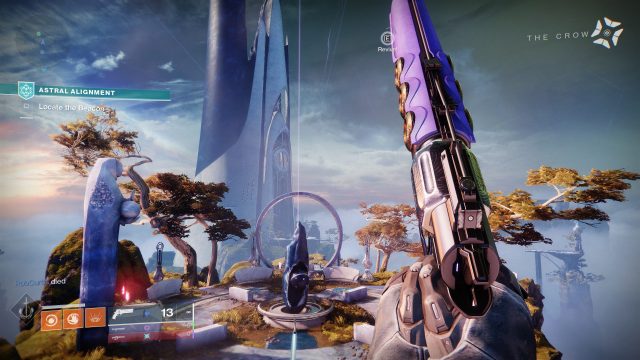 Live service narratives have always been appealing to me, from the outside looking in. I’m fascinated by the grandiose stories told in Final Fantasy XIV, and the galaxy-spanning wars of EVE Online. It’s one thing to tell a story with the player, but an entire server or matchmaking instance taking part in one big cinematic beat, with build-up trickling out over months? It sounds incredible.

What’s always kept me from it has been the investment it takes to feel like I’m a part of that. On top of work, and other games I have to play for work, it’s not always easy to justify putting time into something that feels tedious or chore-like. And as much as a raid might intrigue me, building up to that point has always felt like a goal that’s reachable, but more time than I can ever set aside to do so. For as interesting as the content was, the grind didn’t seem appealing from the outside looking in, so I’d just read about it or watch a stream instead.

This perception led me to think of Destiny as just that: something I’d just have to admire from afar. But the recent reveal of The Witch Queen expansion, and its accompanying preamble in the Season of the Lost, had me curious. Base Destiny 2 is free now, after all, and with a pretty good sale discount I was able to get all of the expansions plus the current season on Steam. I installed it, made sure my beautiful Exo Warlock was still ready to fight, and logged in.

And y’all, I’m hooked. I thought I knew what this was, and really, Destiny 2 still is what Destiny 2 has always been. But while I’ve been away, Bungie has been finding ways to fold narrative into weekly updates, and adding some features that make it really easy to jump right in. Destiny 2 feels approachable right now, and it might even be welcoming. 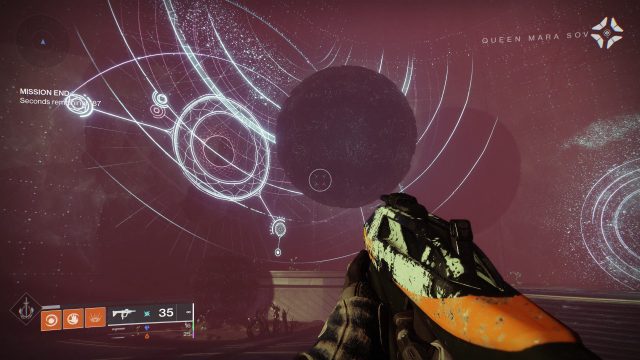 When I booted back into Destiny 2, with the Season of the Lost active, I was thrust into an introduction mission. And after fighting my way through a horde of Hive and Taken forces, I was face-to-face with Mara Sov and Osiris, two major Destiny players I remembered from previous content.

Except it’s not Osiris, as the Osiris we’ve been talking to is actually Savathûn. This ancient evil is a character that’s been lurking in the shadows of Destiny lore for a long time, and is set to take center stage with The Witch Queen in February. But right now, players have to deal with the pact Mara Sov and Savathûn have struck: get rid of Savathûn’s Worm, and she will give back the real Osiris.

Even if those names don’t mean much right now, it’s a compelling dynamic to explore. As characters in the universe mention over and over, Savathûn is deceptive and cunning, not too different from mythological beings like Loki. She’s been pulling the strings from the shadows for a long, long time, and now we’re actively assisting her in getting what she wants.

This narrative has been gradually unfolding week over week as part of the seasonal rollout. The Season of the Lost content will have players venture through different areas and combat encounters, or exploring known worlds for new relics. Along the way, lore is piecemealed out; characters monologue, and in a particular quest line that might be dreary for some but I absolutely love, voiceover lines trace back history and share details about some Awoken characters. And of course, there are the conversations with Savathûn herself. They are creepy, arguably fourth-wall breaking, and draw you into the conflict that’s gradually unfurling. 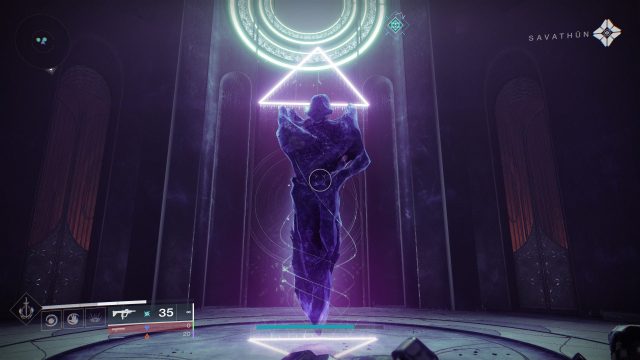 For some real in-depth exploration of who Savathûn is, why the Worm is important, and how this has all built up, there are some good explainers out there; one I’d recommend went up this week over at Game Informer. It’s also, honestly, just good writing. It’s been pulling me in week over week, and thanks to Destiny 2’s seasonal structure, the weekly investment isn’t very significant at all.

Every time I’ve logged on to do the latest Season of the Lost quest points, it’s taken very little time to clear out the quests, hit the new plot points, and set myself up for the next installment. And now, each of these missions has a narrative tie; I’m not just mowing down hordes of Taken, I’m mowing down hordes of Taken so I can learn a little more about what Savathûn is planning, or what Mara Sov’s angle is in all of this.

The other side of this is the timeline, a new addition with this season of Destiny 2. In practice, it’s pretty straightforward: it’s a visual timeline that shows the order of events in Destiny 2, from the base campaign up through the current season. Short summaries list out what the big plot point of everything was, including the expansions and each season. For new players, or even relapsed ones who’ve been away for quite a while like I have, this is simply fantastic. At a glance, I can look through the timeline of Destiny 2 and refresh myself on when something happened, or at what point certain characters appear.

More useful is that it gives me a guideline to play back through these campaigns. As I mentioned before, I picked up the option that adds all of the previous Destiny 2 expansions—Forsaken, Shadowkeep, and Beyond Light—as well as the current season. There are gameplay reasons to get the expansions, to both have access to certain vendors and to get abilities, like the Stasis aspect for your Guardian. Now, I know what order to play these in story-wise, directly from the client, and it’s really easy to contextualize the history of Destiny 2’s content at a glance.

This one-two punch, and how Bungie is weaving the story in so well while still acknowledging the time sink of a game like this, is actually making me play Destiny 2 way more than I thought I would. I’m logging on for the occasional Gambit run to clear out some bounties, and organizing impromptu groups to hit up strikes and clear weekly challenges. Heck, I have already had thoughts in my head about raiding, something I did not think was feasible until now.

Where Destiny 2 is at, it feels very possible, and it also feels rewarding in a way that wasn’t apparent to me beforehand. I’ve been falling deep down the lore rabbit hole, watching videos from content creators like “My name is Byf” to catch up on what I’ve missed and also some of the greater lore surrounding characters like Savathûn. It’s been a pleasant surprise that rather than the loot-shooter with a side of story I used to see Destiny as, it’s now pulling me in with compelling narratives and solid gunplay.

So maybe the mountain is still insurmountable in some ways, but this is my way of saying that I’m on board for whatever The Witch Queen has in store for us, and I’m going to see the Season of the Lost through to February. This time, I might get to see something amazing happen in-game and be able to fully appreciate it, and it’s nice to finally be able to see Destiny 2 in this light.