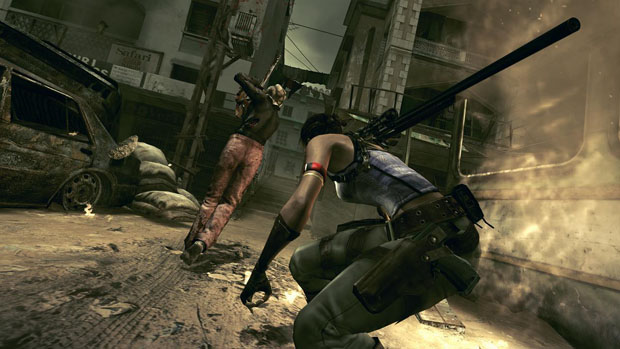 We’ve known about Resident Evil 5: Alternate Edition for awhile now, but we haven’t been clear on what exactly it includes. Now, thanks to the BBFC ratings board, we know a bit more.

Alternate Edition is supposed to have two new levels. One, Lost in Nightmares, has Chris and Jill back in the past, busting into Spencer’s mansion. The other we know now to be called Desperate Escape. As to what it’s about, well, you’ll have to use your imagination, as the BBFC only lists the name of the new level. I’d like to imagine that Chris and Nemesis are dining at fine establishments all over Paris, and then dashing out when it comes time to pay the bill. Wouldn’t that be fantastic?

Of course, as requested, you’ll be getting this new content by way of DLC in some form. Note, though, that this information comes from BBFC’s listing for a retail version of Alternate Edition, which they call Gold Edition. I hope we get that, too.