A new game from ScrewAttack about clinical depression

All art, or indeed even all communication, is a process of connecting with others through shared experience. Whether we’re trying to express a specific experience, or conversely, reveling in the knowledge that there’s at least one other person out there who Gets Us, art can be as therapeutic to consume as it is to create.

The more ambiguous and less concrete the subject of the art in question, the more difficult a process this becomes. This is why love songs comprise about 99.9% of all popular music – we’ve all, at some point, been in love or, at very least, infatuated with someone, so the otherwise mawkish lyrics and saccharine melodies turn into our jam, because it hits us where we live.

The most difficult part of the human experience to capture externally is also one of the most essential: what goes on in our minds. We take our minds, and everything they bring along with them — emotion, thoughts, memories — completely for granted. It’s 2015 and while we’ve managed to successfully land a satellite on a comet and multiple robots on a planet 140 million miles away, we still have yet to crack what makes us tick. 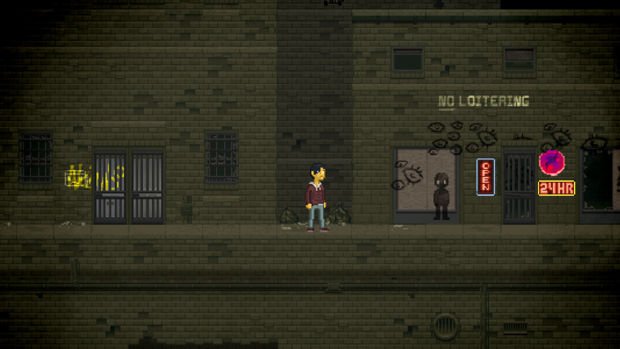 In his 1974 essay What It’s Like to Be a Bat, Thomas Nagel summed this up perfectly. It’s basically impossible to ever really understand what another person is going through on an internal level. The best we can do is derive a close approximation as filtered through our own experiences. This is why, some four decades after their rise in popularity, pretty much the only subject videogames haven’t been able to adequately address is mental health.

Depression is nefarious in that it’s insidiously difficult to describe it to someone who hasn’t had that experience themselves. Through a cultural history of failure to understand mental illness, the accident of our own common lexicon, and the private nature of personal health, we tend to collectively conflate depression with being “really sad.” This fundamental misunderstanding, almost more than the illness itself, can serve as the biggest obstacle to people living with depression. Thus it makes sense that we try and communicate this essential experience through the more abstract means of art. 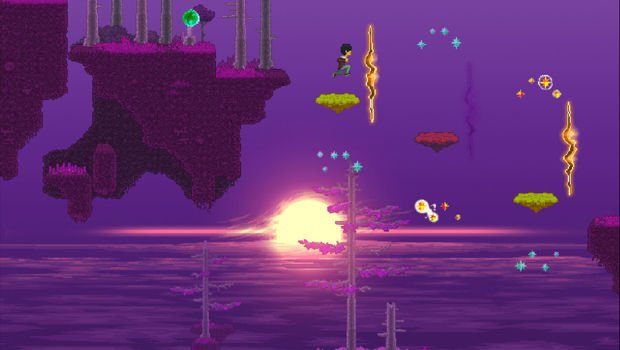 Disorder (Swagabyte Games, 2015) is far from the first game to explore issues of mental illness. In fact, videogames as a medium have historically had a field day with depictions of mental illness and all the subdued and horrific forms it can take. Up until about five to ten years ago, mental illness was a topic mostly left to horror games, and some problematic tropes came with it. It is only recently that depression has been explored for what it truly is; an utterly mundane if completely pervasive aspect of life.

Explaining the effects of depression can be as frustrating as it is fruitless. Rather than trying to overcome this expository hurdle, Disorder attempts to convey the feelings brought on by mental illness visually. Depression is an invisible illness; those afflicted appear normal to the uninformed observer while simultaneously roiling internally from a miasma of chemical imbalances. Thus the world of Disorder is itself set in two ostensibly similar yet fundamentally different “worlds.” 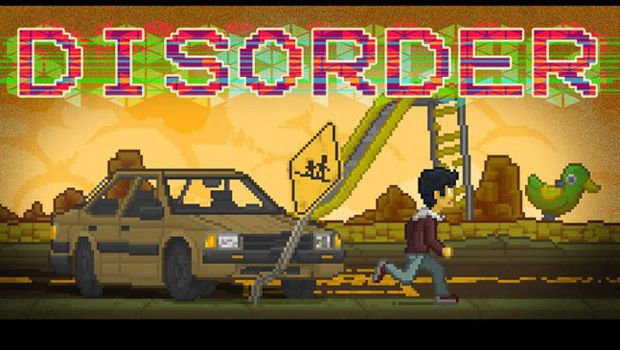 This metaphor extends to the game’s very design. Disorder takes the form of a platformer; perhaps the most mundane, nonthreatening, and common type of videogame there is. It’s only when the player comes up against a (literal) wall, unable to move forward, that the hidden world of Disorder shines through.

In order to solve puzzles and progress through levels, players have to switch between the “normal” and “disordered” worlds – the former represents the perception of a mentally healthy person, and the latter being a visualization of what the world can look like through the eyes of someone living with depression. The disordered world (I refuse to call it a “dark world”) is drained of color, the lush landscapes repainted a bloated and bruised purple. Formerly innocuous platforms and bounce pads turn into malicious fanged crawling insects, and pathways that were previously available close off.

Players complete platforming puzzles by switching back and forth between worlds, in later puzzles often during mid-jump, and grabbing “marbles,” the game’s collectible. (The protagonist explains the marbles’ presence by stating they were a favorite toy of his younger brother, though the temptation to view it as a “lost marbles” reference is as prominent as it is inappropriate.) 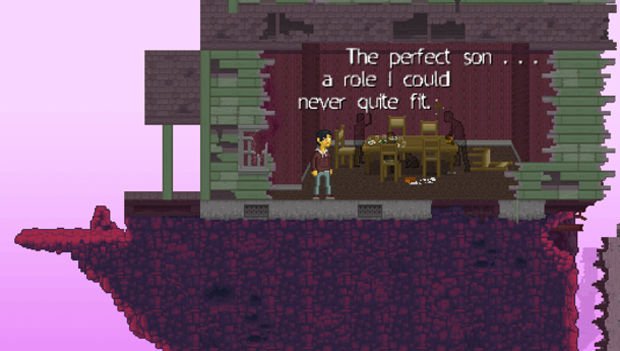 There is a narrative to Disorder, but it’s as obtuse as it is insignificant. While the developers have designed a devilish series of dynamic platforming challenges, the plot, not to mention its primary delivery method, is anything but. Players labor through multiple jumps, only to reach an area where they are drip-fed bits of narrative through on-screen text. While the story being conveyed is tragic and personal for the person who wrote it, it’s hard to get invested since it runs so contrary to the pace of the rest of the game that it becomes difficult to emotionally invest.

That’s not to say that Disorder is a bad game. Far from it. It’s clear it was made with an incredible amount of care and a genuine desire to bridge the gap between those who have experienced depression and those who have not. Its biggest issue is the same as that shared by the majority of other games that have attempted to tackle the subject: it wraps itself up in too many layers of metaphor, either too afraid or unconcerned to deal with the subject matter it presents directly. 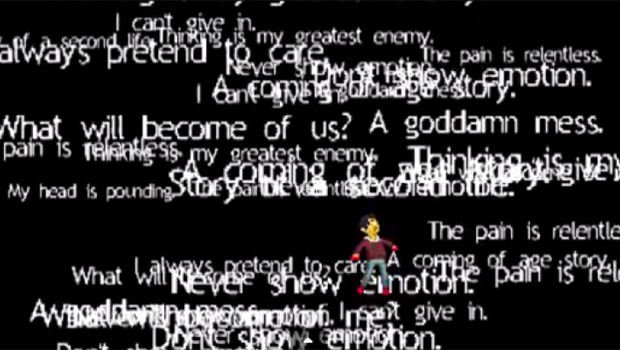 It’s clear that Disorder is an important game for the developers. Like all art, it exists as an attempt to process difficult events or feelings as much as it does to entertain. But it would be difficult to play through the game and come away with a genuinely in-depth understanding of what depression is about. It rubs up against that age-old conundrum: how can you describe what a strictly internal phenomenon is like through solely external means? Games have been heralded as the new medium of our generation due to the inherent “show-not-tell” capacity mechanical systems can evoke. While Disorder embraces this strength of the medium in some capacities, when it comes to delivering the narrative in a way that players can latch onto and identify with, it sets this goal aside.

As a personal statement, Disorder is a beautiful and obviously heartfelt game about loss and coping with understanding. As a piece of art with an intention to communicate nebulous and difficult feelings, it falls flat.