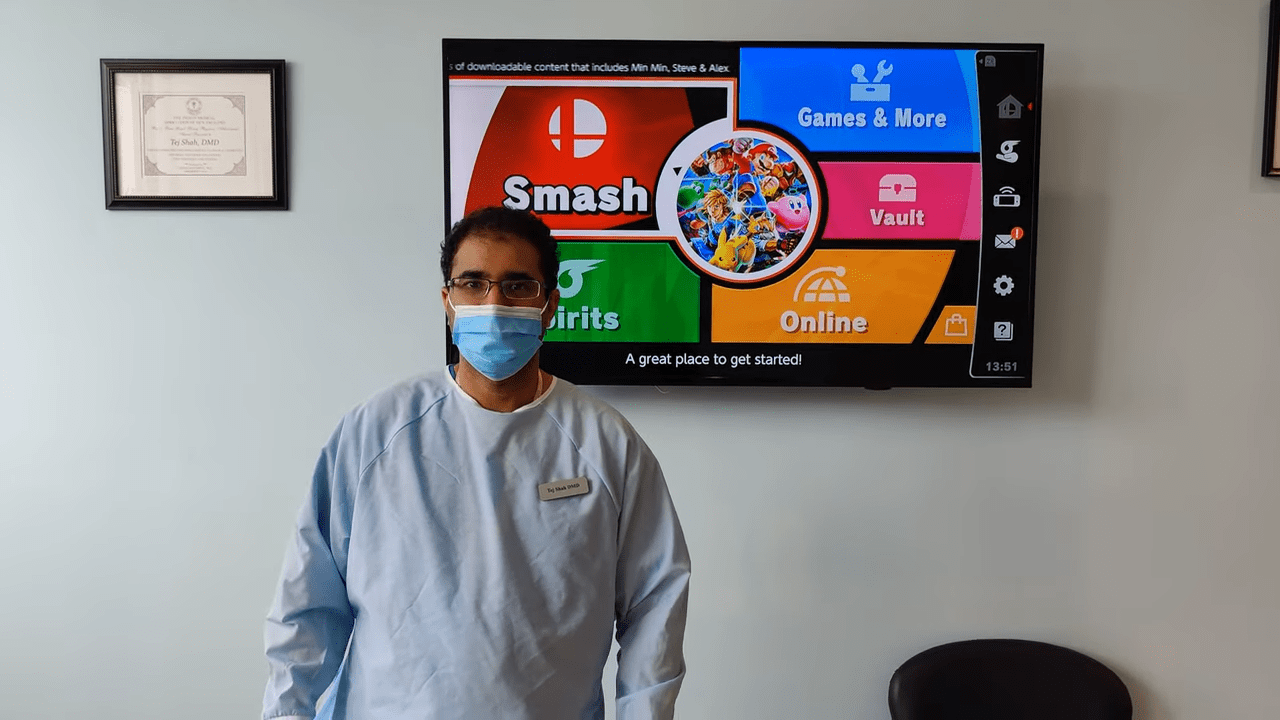 I hope they play Dr. Mario

In what is one of the most brilliant 14 seconds of viral marketing I’ve seen this year, Dr. Shah of Zen Family Dental issued a public challenge to all of his patients…on Twitter and YouTube. He’s the Smash dentist.

With Super Smash Bros. Ultimate playing in the background, the Zen Family Dental channel uploaded a video this past week offering a deal: if you beat him, you get a free dental cleaning. If you lose, you have “to tell the whole world that you lose to a dentist.” Savage.

Dr. Shah notes that “more recently [he has] been maining Pyra/Mythra, who are generally high on a lot of tier lists: the Smash dentist doesn’t mess around! Oh, and here’s how you’ll be battling the Smash dentist, since you were probably curious: “Stock 3 battle with 6 min time limit, no items, no final smash, Final Destination Style level, no level damage.”

Note that this challenge actually has to take place at the practice in Ashland, Massachusetts, and you need to sign up. Dr. Shah also clarifies that you can do it between normal hours (Fri-Sun 9AM-5PM) when he’s not seeing a patient.  You should probably bring proper insurance just in case you lose!

The Smash dentist also says he’s held a tournament “a few weeks ago” in his practice, and the main reception area “can hold eight people with social distancing,” and there’s “five other rooms with TVs.”

Folks, I think we found the coolest dentist of all time. And I thought my childhood dentist that had arcade cabinets in the lobby was cool.