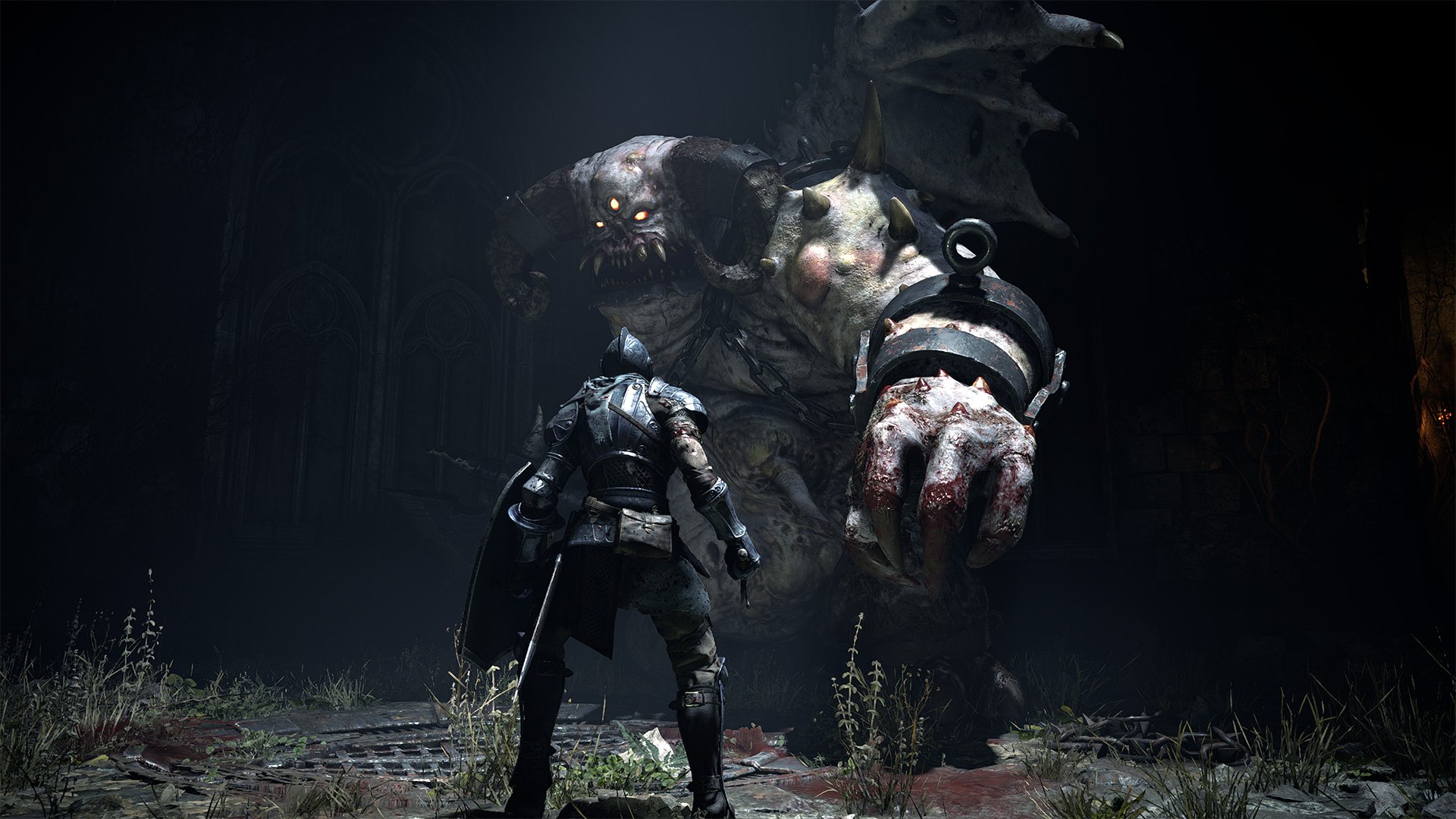 It’s true! As heavily rumored, PlayStation 5 is getting a remake of Demon’s Souls from Bluepoint.

You know stuff’s about to pop off when Sony’s Shuhei Yoshida shows up mid-presentation to introduce one of the games as “very near and dear.” The music sent chills down my spine, and then it hit me – the Storm King. The Tower Knight. Wait a sec, this is Demon’s Souls! I got my one big wish for the PS5 event.

According to Bluepoint, “This remake invites players to experience the original brutal challenge, completely rebuilt from the ground up and masterfully enhanced with a new ‘Fractured Mode.’ In addition to beautiful shadow effects and ray tracing, players can choose between two graphics modes while playing: one focused on fidelity, and one focused on frame rate.” The latter for me, any day.

It’s unclear what this new mode could be, but either way, there’s hope among fans that Bluepoint can build on some of From Software’s cut content that didn’t make it into the PS3 game. Same goes for the online features, which I hope are expanded. Covenants are one of the best parts of the Souls series.

I should also say that as much as I like the trailer’s emotional impact, the screenshots do a much better job of capturing just how far the remake’s visuals have come. Purists aren’t exactly loving the new art direction – people have a lot to say about the Vanguard boss redesign, in particular – but there’s no denying that Demon’s Souls has vastly improved fidelity and detail on PS5. I just need it to play well.

A launch window wasn’t mentioned during the PS5 reveal event, but I’m ready to take on Boletaria.