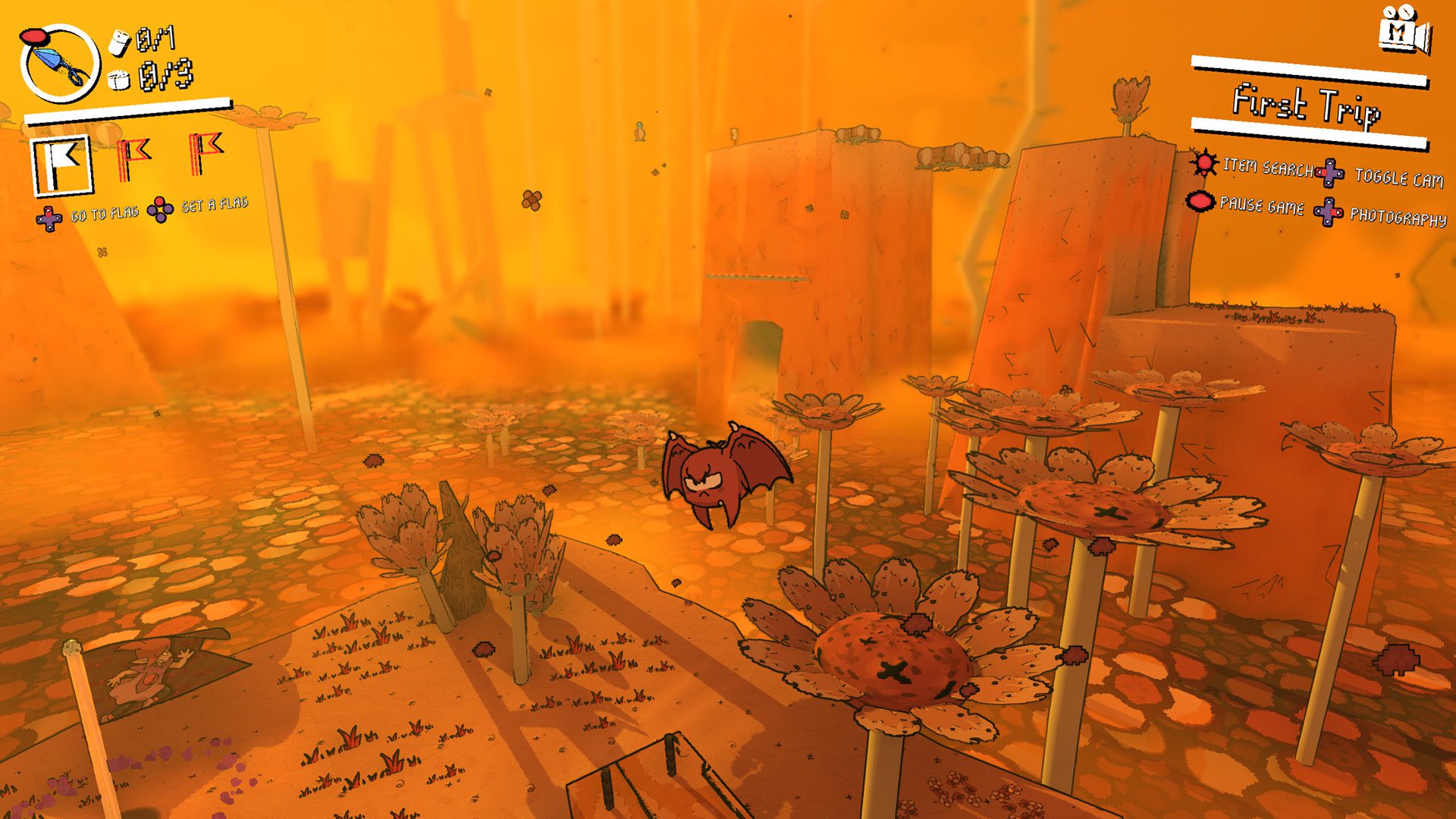 It’s also worth trying the demo if you missed it

One of the many intriguing 3D platformers coming out of the indie scene is Demon Turf, an underworld romp with a novel art style, and it’s coming home soon. Developer Fabraz, who you might remember from Slime-San, has partnered with Playtonic Friends for a Nintendo Switch, PC, PS4, PS5, Xbox One, and Xbox Series X/S release on November 4.

The release-date trailer for Demon Turf has a rap, and I’ll admit it: I chuckled.

Playing as Beebz, a “young” thousand-year-old demon who’s represented in-game as a 2D character in a 3D space, you’ll take out much-bigger and more intimidating turf leaders. But before you can reach them, you’ll have to explore the world and best some tricky platforming challenges. For platformer nuts like me, I’d sum up the vibe as comfy.

I’m most interested in the character transformations (Beebz’ bat form is adorable), the moody-looking world (which has a good amount of variety even just in the screenshots), and the checkpoint system (that lets you put down a flag when and where you need it). In an extra-useful touch, instead of just being generally convenient checkpoints with some player freedom, the flags can be used for fast-travel; Beebz can teleport between them.

I hadn’t taken the time to play it before today, but it’s worth noting that there’s a demo for Demon Turf on Steam under a separate store listing called Demon Turf: Trials.

It’s worth getting this demo if you’re curious about the game — it’s got a smooth tutorial to teach you the basics of jumping, spinning, flipping, and projectile punching, then you can train more in a playground environment, explore the (limited-for-the-demo) hub, and participate in a leaderboard-based trial. It’s a robust demo, and a good showing for Demon Turf‘s tone and controls. I was already feeling good about the game; this cemented it.