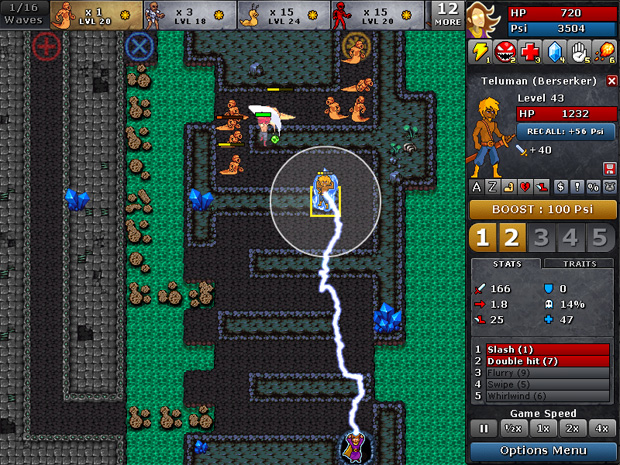 Another chance to dive into this rad tower defense

Every so often, a tower defense title is able to pull me in, utterly disrupting my ability to function as a productive member of society. One of the more recent games to claim that victory was Defender’s Quest, which not nearly enough of you played.

It has since received a substantial amount of new content, including a new game+ mode, support for mods, additional maps and sidequests, and perhaps best of all, upgraded graphics. I had intended to write up some thoughts on this stuff for a while now, but I haven’t yet been able to find the time to even play the new-and-improved Defender’s Quest, unfortunately.

Why even bring it up? Because the game is coming to Steam, Desura, Impulse, GamersGate, and GOG.com on October 30, 2012. Some of you aren’t always so into buying independent releases outside of the ones found on these platforms, which I totally get. Know that this is one to keep an eye on — especially with all of the free updates that followed our original review.