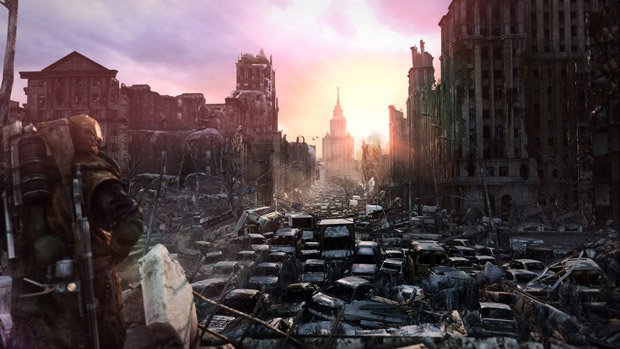 We heard yesterday that Deep Silver, according to CEO Dr. Klemens Kundratitz, intends to “absolutely continue with [the Metro series] and we will also, in the next phase, look to making it more accessible for a broader gamer audience.” The publisher has issued a follow-up response, suggesting that the meaning of the original quote was misinterpreted.

“We understand the concern, and we would like to reassure the Metro fanbase that Deep Silver has absolutely no intention of compromising Metro‘s unique DNA,” writes global brand manager Huw Beynon. “We completely understand that it is the passion and evangelism of our fans that allowed Metro to grow from a cult hit to genuine, bonafide hit.

“Whatever direction a new Metro game takes (and we are still assembling the drawing boards), it will build on the bleak, post apocalyptic pillars of atmosphere, immersion, challenge and depth that sets this franchise apart from the crowd.”

The broader audience bit? That’ll apparently be accomplished “through a commitment to ever higher product quality; through greater strategic investment in the brand; and, in the immediate term, through the release of dedicated Mac and Linux versions of Metro: Last Light. This is just the first stage of a broader initiative to bring Metro to a wider audience, without compromising the product’s strengths.”

I think Deep Silver understands the importance of not chasing after some mythical audience at the risk of losing the fans who made Metro a success in the first place. It’s a very real concern with some other publishers, though — we’ll see if my faith is justified when the next game goes public.

Statement regarding the Metro franchise [Metro]