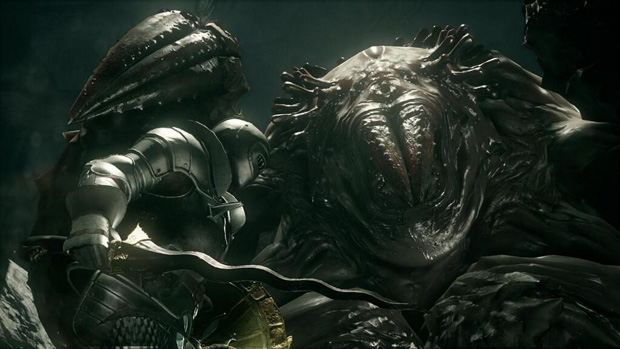 Capcom’s Deep Down has been on many gamer’s radar since it was first announced back at the system’s unveiling. As Sony’s latest console edges closer and closer to its Japanese this month, so does new information regarding the highly anticipated dunegeon-crawling RPG.

In a recent livestream, showcasing the latest build, producer Kazunori Sugiura shared some new information about the game, aside from the one tidbit everyone wants to know the most: the game’s release date.

Translated by DualShockers, perhaps the biggest reveal for the game is the exclusion of playable female characters. It’s stated that this is due to reasons that will be made apparent in the game’s narrative.

Additional details delivered include a fixed difficulty setting (adjustable on the server-side) remote play via the PS Vita; four weapon types, with distinct play styles at launch; and a story mode that is divided into chapters.

All the new clips of gameplay, compiled together by the folks at DualShockers, can be seen in the video below.

PS4 RPG Deep Down Gets New Information: Characters will be Male Only; Gameplay Video Now With Audio [DualShockers]