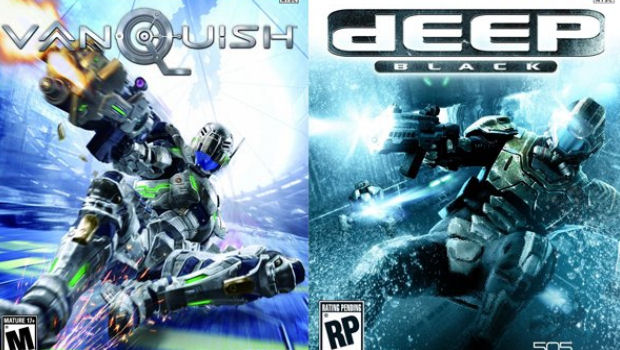 Wow 505 Games, you guys really know how to pick your artists. This is the cover art for a new game from the publisher famous for giving us IL2-Sturmovik and Hotel for Dogs: The Game. It’s called Deep Black, and if you saw it on a shelf, you could easily confuse it with something else.

According to my research (looking on Google for a bit), Deep Black is a third-person-shooter from Russian developer Biart Studio. Despite what the box looks like, it’s actually nothing like Platinum Games’ Vanquish, as it’s centered around underwater combat. In fact, it’s got more in common with XBLA’s Undertow.

So, is this an innocent coincidence, or is a certain publisher hoping to pick up some extra sales from confused gamers picking up the wrong box? We can’t say for sure, but it’s pretty amusing either way.