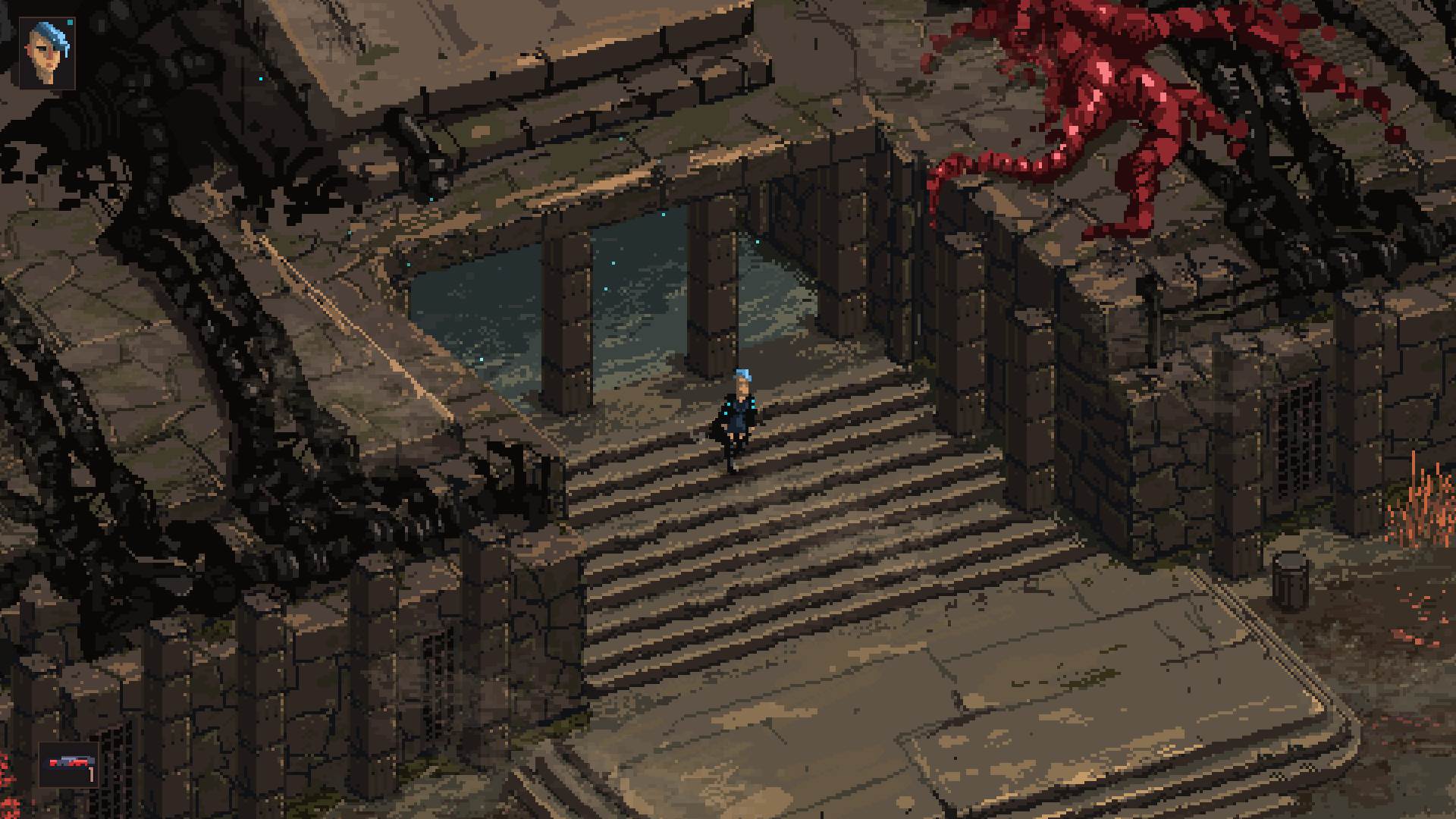 Death Trash looks like a mix of a lot of things: punk, cyberpunk, horror of the cosmic variety, and the post-apocalypse. It’s also mixing old-school role-playing with modern action gameplay. And later this month, we’ll get a chance to see how it all comes together.

Developer Crafting Legends announced today that a Death Trash demo is coming as part of the Steam Next Fest, running from June 16 through 22. It’ll be available on Windows, Mac, and Linux, and support both mouse/keyboard and controllers.

The demo is set to be about one to two hours long, representing the start of the full game, and will also let you tackle things solo or with a local pal. The Steam store page notes local co-op is planned for the full release as well, and online will be possible through Steam Remote Play Together.

Death Trash is set on Nexus, a wasteland taken over by outcasts, machines and offspring of the worm, where people have fled into enclosed habitats after unearthing ancient secrets. It sounds a little Fallout, and it shares more similarities with that series in its gameplay too; Death Trash will let you leave dialogue at any time, and you can kill (or not kill) anyone you want.

Mix in some fast action gameplay, and it certainly seems like Death Trash is one to keep on your radar if you’re looking for a wasteland RPG with some fresh ideas. Watching some of these pixelated flesh creatures move and animate in the trailer is unnerving, but I can’t stop watching them.

It’ll be part of the Steam Next Fest, Valve’s big summer festival that’s coming right after E3 2021 and is set to feature a number of limited-time demos alongside Death Trash. The schedule for the summer might be looking packed, but I’ll take it if we get some chances to see more intriguing games like this one.