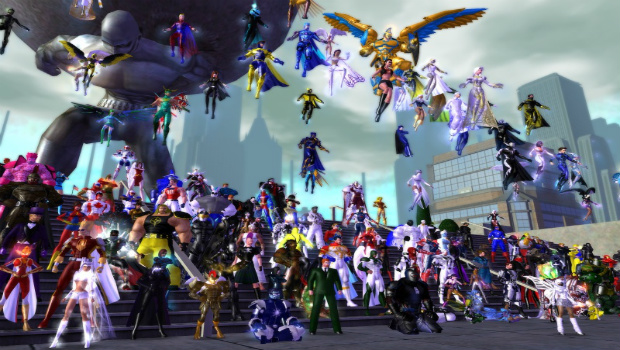 City of Heroes will soon be getting its first major update since going free-to-play, NCsoft and Paragon Studios announced today. Issue 22: Death Incarnate adds new costumes, powers, VIP content and end game trials. Heroes and villains will have to fight against devilry and sorcery as they make their way through the undead nightmare of Dark Astoria or fight the sorceress Diabolique as she tries to steal the power of a banished god. Dramatic stuff.

The new powerset is “Darkness,” in keeping with the sinister theme of the update. Players will be able to command shadows and specters to assault and terrify their enemies. There will also be content and mission arcs for all levels including a new PvE Trial where players will have to defeat the Shivans as they attack Bloody Bay. There’s a complete list of content here for those inclined to don spandex and capes.