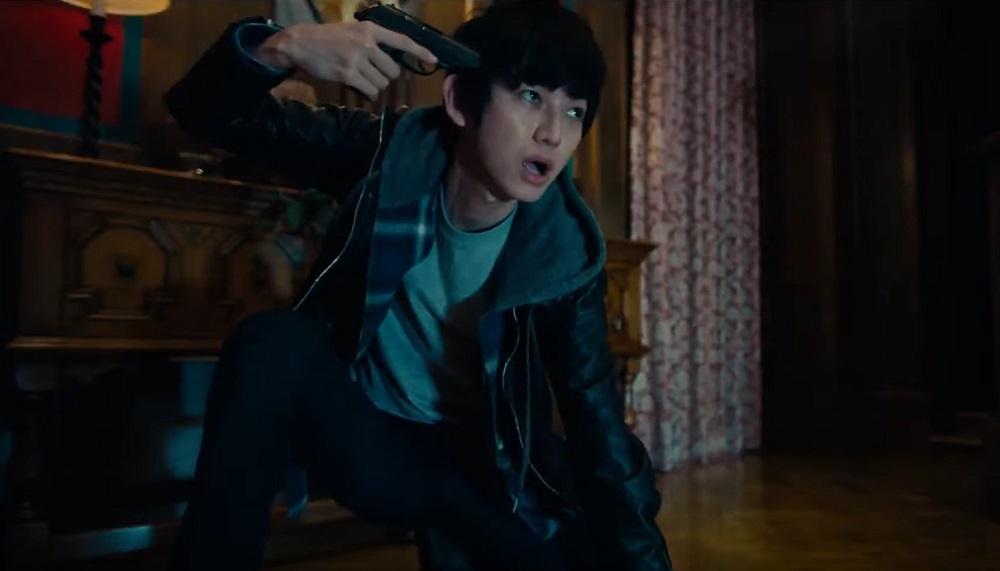 Get ready to check out

The second trailer has been released for Izanagi’s Death Come True, the FMV mystery title penned by Danganronpa creator Kazutaka Kodaka. The new clip is still a little vague in terms of describing gameplay, but does give us our first look at UI interaction.

Death Come True is the story of a young man, Makoto Karaki, who awakens in a hotel room, wanted for murder and unable to recall recent events. Finding a headstrong detective (played by Battle Royale‘s Chiaki Kuriyama) unconscious in his bathtub, the duo form a tentative partnership to explore the opulent hotel and solve the mystery of Karaki’s past, all while staying one step ahead of a dangerous psychopath.

From the new trailer, we can gather that Death Come True is a pretty slick production, and will be filled with more than a dash of danger and intrigue. The sequence which sees Karaki choosing what to do in a storeroom reminded me of old-school FMV adventure Psychic Detective, but here’s hoping DCT is a far-less-convoluted experience.

Death Come True is in development for PS4, PC, Nintendo Switch and mobile devices. It is currently scheduled to launch in Japan later this year (although multiple language subtitles have been confirmed).