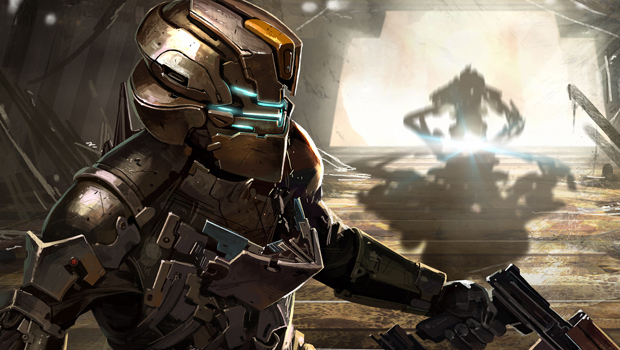 According to new rumored details, Dead Space 3 will feature a co-op mode, because every Electronic Arts title apparently adheres to an arbitrary checklist of features to the point where every release might as well be the same f*cking game.

Co-op will apparently make slight alterations to the narrative campaign to accommodate the new character — a scar-faced man with a red-eyed RIG. Players will work together, using telekinetic powers and other abilities to manipulate the environment and help each other out. Ammo can be shared and characters can heal each other, but there’s no revival. If one character dies, the pair will need to reload.

Other new features include an overhaul of the weapon upgrading system. The Plasma Cutter no longer switches between horizontal and vertical fire, but between regular fire and a pushback blast. Meanwhile, the Plasma Rifle features saw blades for alternate fire. Both weapons seem to be composites of other Dead Space guns. Isaac can also crouch for the first time, and will fight human enemies as well as Necromorphs.

Some of this sounds interesting, but I am so very bored of co-op right now. I have no problem with it in principal, but it’s been stuffed into everything lately, regardless of the type of game and what its fans enjoyed about the series. Still, this is the dreary formula that EA’s been religiously adhering to lately. We might as well just have one videogame released five times a year. We can call it “Videogame: The Videogame.”