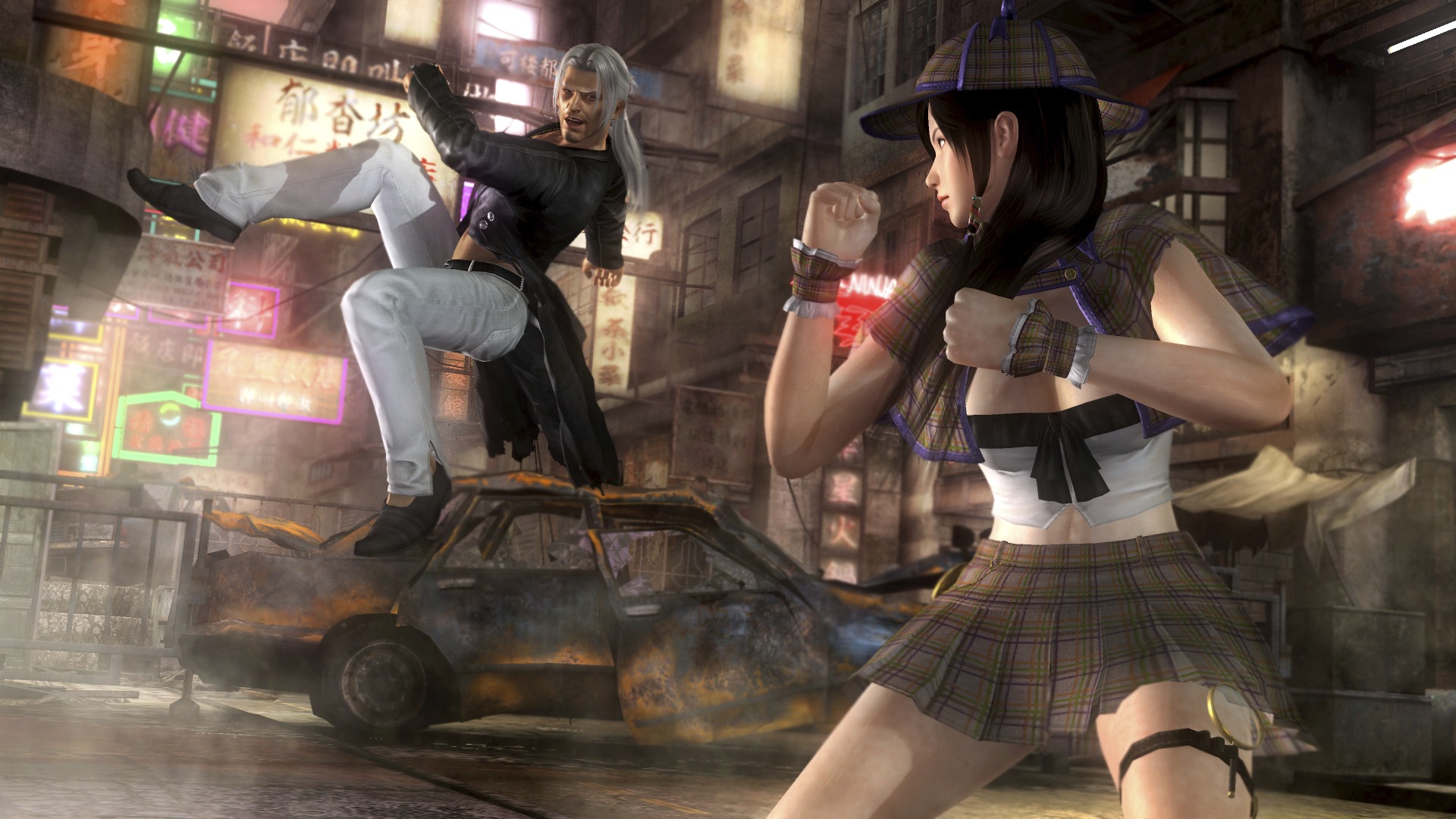 Dead or Alive 5 Last Round, supposedly the last one with a five in the title, is coming to PlayStation 4, Xbox One, PS3, and Xbox 360 on February 17, Koei Tecmo announced today.

Team Ninja’s upcoming fighting game will carry a $40 price tag on the newer systems, with the more venerable consoles getting a $30 download-only version.

In addition to the standard retail release, PlayStation 4 owners will be allowed to dip their toes in the pool with Core Fighters, a free-to-play version featuring four playable characters. Also, plenty of sweet, delicious microtransactions.

It’s a little different on Xbox One, though, where there will be a non-expandable free trial. Xbox One users who find themselves wanting more will need to fork over $5 to purchase Core Fighters, which comes with four additional characters and the option to spend more money on other things. Makes a lot of sense unless you think about it.

At least Dead or Alive 5 Ultimate players will have the opportunity to transfer over any unlocked titles, costumes, and story progress to Last Round should they choose to upgrade.