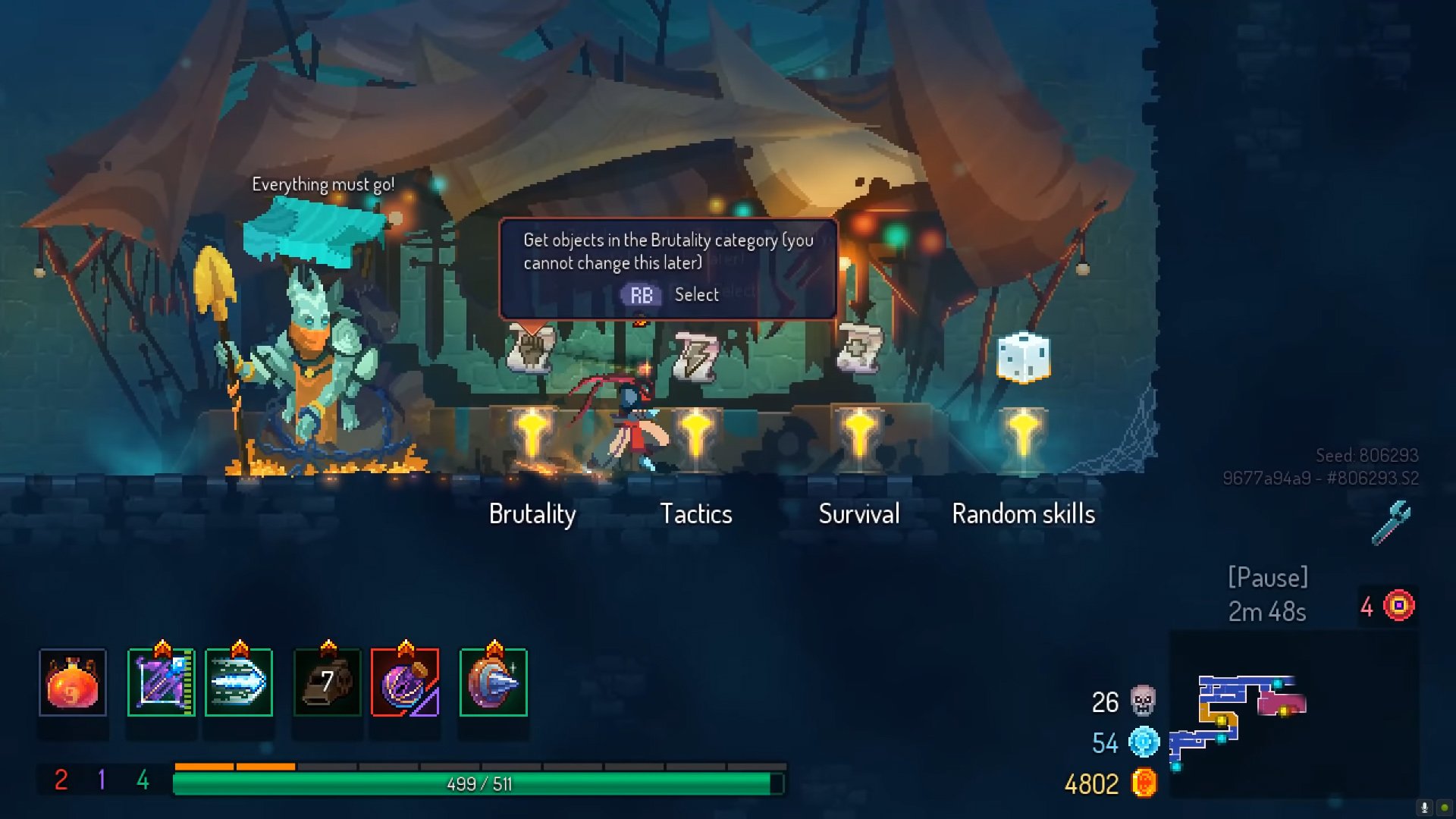 Update 19 is now live on Steam, with consoles incoming

Crashing into an endless brick wall in your 2BC runs of Dead Cells? Same. I have a long way to go.

Motion Twin and Evil Empire patched Dead Cells today on Steam in an attempt to refine the difficulty curve “between Boss Cells.” (It’s coming soon to consoles.) With the Update of Plenty, basic 0BC runs will be a little more “challenging” so first-time players don’t get ahead of themselves without learning fundamental lessons, and 2BC “shouldn’t beat you up and take your lunch money anymore.”

That’s far from the only rework. Update 19 also altered crossbows to be two-handed, adjusted the gold economy and shop to be less “peculiar” (and encourage mid-run character build experimentation), buffed the long-term scaling for DPS mutations, and made damage-over-time effects stand out more.

There’s another big adjustment for longtime players to grapple with: “Bonus stats have been removed from ++ and S gears, but to compensate new scrolls have been added in biomes, enemy damage has been reduced, and gear damage has been changed to increase with item level.” As the developers explain, “this change was implemented to give back some importance to gear level, and in pair with the economy rebalance, give you more opportunities (and an incentive) to switch gears during your run.”

The goal with the Update of Plenty was to “open up a wider range of builds, while not sacrificing what made meta builds fun.” You can scan through the list of reworks in the patch notes if you have a particular item, weapon, or mutation you prefer to roll with. My beloved Wolf Trap was nerfed!

There are two constants when it comes to Dead Cells: it won’t sit still, and it won’t stop selling. To that end, the developers confirmed that the game has cleared three million sales since Early Access launch.