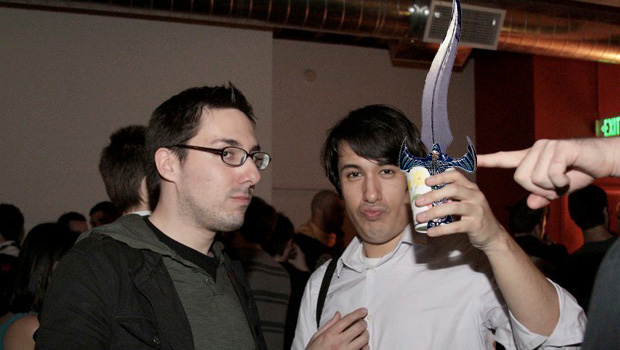 Bedlam Games’ downloadable action RPG Dungeons & Dragons: Daggerdale was announced late last year, but in case you missed it: it’s a co-op D&D dungeon crawler based on the 4th Edition ruleset. To make it as authentic as possible, Bedlam worked closely with Wizards of the Coast to make sure it will please as many D&D fans as possible.

An interview at Eurogamer showed some new bits, like two player co-op “on one couch,” and four player co-op available online. It will also be part of a trilogy, with each game covering 10 levels of experience — the so-called Heroic tier of the 4th Edition rules. The second and third game will cover the next 10 levels each, and character saves will transfer to the new games.

Character and race are locked, with a choice between a human fighter, elven rogue, halfling wizard and a dwarven cleric. A latent Dungeon Master system will also be present to scale combat and loot, so co-op won’t be too easy and you won’t have to fight over whatever loot just got ninja’d by a friend. Speaking of which, the game will have tons of loot. Hopefully the inventory system will make all that loot manageable.

If it plays anything like the Baldur’s Gate: Dark Alliance games, count me in. We can always use some more co-op dungeon crawlers on the consoles. Dungeons & Dragons: Daggerdale should be out this Spring on PC, XBLA and PSN.