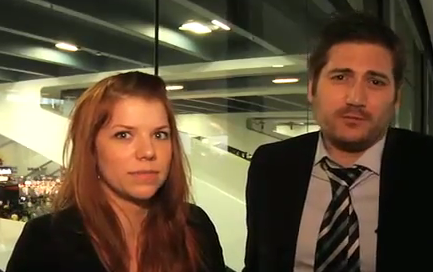 Two days ago, Hamza appeared on Machinima’s Inside Gaming to help with the show’s GDC coverage. It was great. Yesterday, Max and Nick appeared on the show as well. It was also great.

Today, Tara Long co-hosts the show, and it is awesome. Totally awesome. Tara Long is awesome. She is slowly taking over the world of gaming, and the funny thing about it is, she doesn’t even have to try. It’s just the natural way of things. Just as the dinosaurs eventually died out and made way for the coming of man as the dominant life form on the planet, everyone else in the gaming press is slowly dying out and making way for the coming of Tara Long. To everything, turn, turn, turn. There is a season, turn, turn, turn. And a time to every purpose under heaven. A time for war, a time for peace. A time for Tara, a time for Long. “Stop, Tara time. Can’t touch this.”

Tara Long is the dicktits.