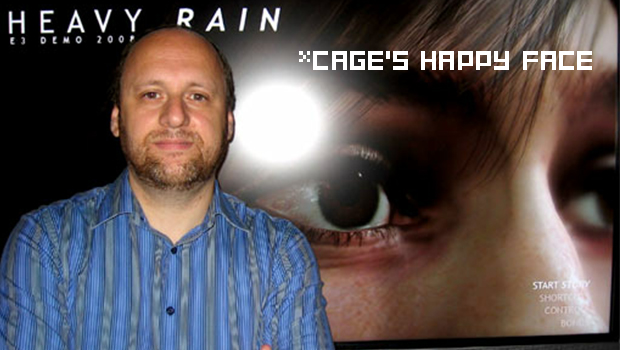 David Cage, founder of developer Quantic Dream and director of Heavy Rain, aired grievances over his ambitious 2010 noir adventure in an interview with Gamasutra:

“With the team, we were pretty much unhappy with everything. We thought we could have done a better job in all areas, and have better rendering, and better visuals, and better gameplay, and better everything.”

The French composer-turned-game-director goes on to state his disappointment in the game’s technology (despite still being some of the best on the PS3), marketing (despite being an original property that’s hard to fit into a genre), and the game’s balance of storytelling and interactivity.

“We thought that sometimes in Heavy Rain there were moments where the balance wasn’t exactly right. We are working on new ways of merging this in a more natural and fluid way,” Cage said.

David Cage has always reminded me of Peter Molyneux. They are both ambitious, European, and balding. Now, we have one more point to add to the list: They both shit on their games after release, despite developing a cult following that is more than happy with the game they shipped.

I can’t complain though. I’ve always appreciated the ambition and heart Cage puts into his projects. I’d much rather see him have a drive to do better instead of resting on his laurels. With Cage’s new game to be shown at E3 next week, maybe we’ll finally see a game he is completely content with years after its release. I wouldn’t put my money on it though.