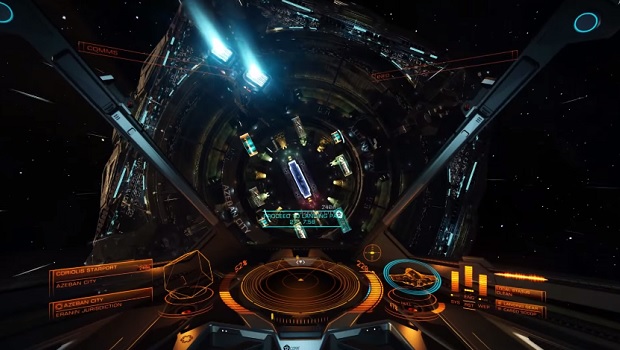 Part of me worries about the three big upcoming space games No Man’s Sky, Star Citizen and Elite: Dangerous. I’m fearful they’ll consume my life for years to come. Some of that is going to be down to DLC and expanded content, the rest will be how well these games will look as hardware advances. Speaking to Eurogamer, David Braben said he is hoping that the tech side of the game will hold up for the foreseeable future.

The head of Frontier Developments is conscious of making the game playable to those of us who don’t have a powerful PC but he also realizes that today’s cutting-edge hardware will get cheaper over time. “We’re going through some wonderful effects internally that look truly beautiful,” David explains, “and we’re saying, that slows the frame-rate a bit, doesn’t it? And we say yes, but we don’t mind, because it looks so beautiful. But what we’re going to do is attach it to this part of the detail slider.”

So instead of making Elite: Dangerous an amazing-looking game at launch, it seems the team’s focus is making the game look good for years to come. “Even if your PC of today can’t run with all the features on, your PC of tomorrow might.”

The life of a videogame can be extended way beyond its initial launch with updates and DLC. I’d much rather be playing Elite: Dangerous for the next few years than being wowed by it for a few months only to forget about it.