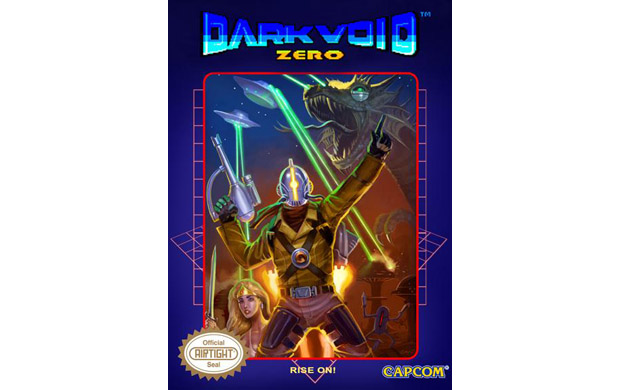 Capcom is saying that Dark Void Zero is out for the iPhone in this press release I have right here. I was going to download it and check it out to tell you a bit about it, but it’s not actually up on the App Store yet. I’m sure it’ll be worth my $2.99 when it finally drops. I think it’s the DSi version, just modified with touchscreen controls. Capcom says it in a…different way in this release.

Dark Void Zero on iPhone gives players the tools for an amazingly precise and intuitive gameplay experience without the need for a controller.

The 8-bit-ish reworking of the world of console game Dark Void is also coming to the PC for $5. Both versions have achievements (PC via Steam, iPhone via OpenFeint). Both also share something else with the console game: a score by Battlestar Galactica composer Bear McCreary. When I saw this game earlier this year, Capcom told me that Bear (awesome name!) reworked his tunes into chiptunes for this game. Neato!