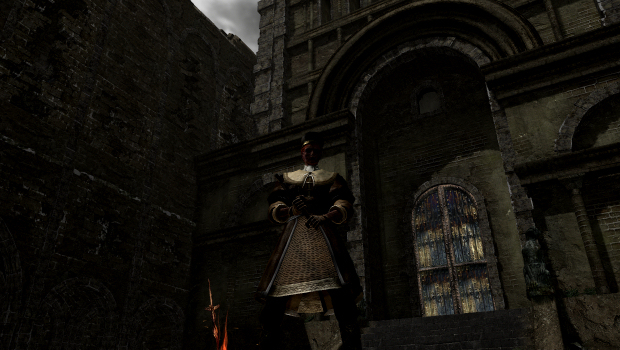 It’s truly awe-inspiring how a good modder can show up a game’s original developer in such a short space of time. Dark Souls: Prepare to Die Edition has caused concern over stunted PC resolution options — a problem that a single gamer was able to fix within twenty-three minutes of the game’s release.

Dark Souls on PC had previously been locked to a 1024×768 resolution, while the studio also admitted it was unable to fix framerate problems that’d hit the console version of the game. Enter NeoGAF user Durante, who swanned in like Ace Rimmer and began working on a fix over the week. By the time the game was available to purchase, he needed less than half an hour to finish and release it.

The mod dramatically improves Dark Souls PC’s visuals, leading to a far less blurry experience. Durante has been quite frank in saying that it’s not yet known how extensive the fix is and whether it covers the whole game, but it should be able to built upon from here. He’s still tweaking and troubleshooting it.

It’s kind of pathetic how a single person was able to fix such glaring issues, unpaid, in spare time, while the people who were employed to port it either didn’t know how or lazily left the issues untouched. It’s both a testament to the excellence of PC modders, and a damning indictment of the professional industry’s attitude toward the market.