It’s crazy to think that we’re on the verge of yet another Souls game right after Bloodborne and Scholar of the First Sin. From Software doesn’t seem to rest, and as soon as the studio has wrapped up one project, it’s onto the next.

I’ve always said that despite the increase in Souls frequency in the past year or so, as long as they’re good, I’ll keep playing them. Based on my time with Dark Souls III, I’m definitely getting a great feeling, but there’s a few issues that may hold it back if they aren’t addressed. 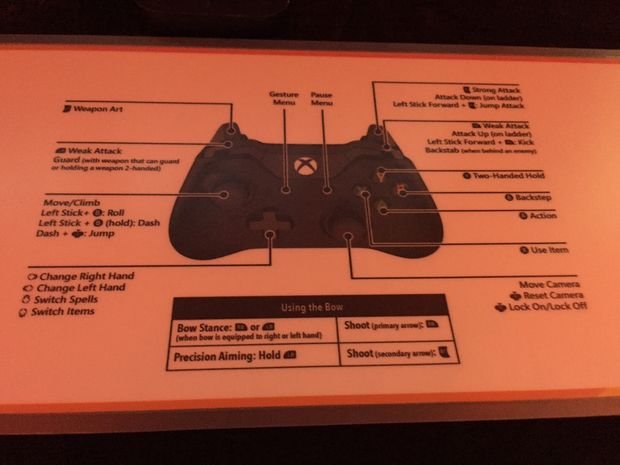 Our demo started out in an era called the “Wall of Lodeleth,” which to me, looks like a mix between the Undead Burg and Boletarian Palace. The layout was fairly linear, but offered up a ton of surprises like the standard “dragon guarding loot” offshoot, and a mini-boss of sorts. Lodeleth was multi-tiered, and featured a number of side rooms accessed by way of ladders, as well as some rooftop shenanigans. It was par for the course, but still felt right.

Combat as a whole is quicker, which is likely a direct response to Bloodborne changing the game. Rolls and dodges are faster, and enemies as a whole feel faster, too. It’s not quite “fighting game” fast, but it’s a comfortable medium between Souls and Bloodborne, which I’m more than okay with. One big addition is “Battle Arts,” which are basically super moves triggered by different equipment combinations. “Not all shields parry now,” I was told by Bandai Namco producer Brandon Williams, and you can see that distinction by way of an icon on the item itself in the lower-left equipment corner. A shield icon denotes a defensive action, and a sword icon is more aggressive.

In this instance, it allowed my axe to power up for a short period, granting me a damage boon, which was depicted by a glowing aura on my weapon. In essence, it’s a more “on-demand” spell system for folks who prefer direct combat — I say bring it on. My personal style for Souls games involves using the shield as blocking insurance, but not necessarily for parrying, so I’m all for this change. As a note, these are limited-use abilities, and will recharge at a bonfire much like flasks.

As I made my way through the demo, I eventually encountered the only boss, the Dancer of the Frigid Valley (1:45 in the trailer). Based on my experience, it was very similar to Bloodborne‘s Vicar Amelia fight — for the most part attacks are easy to dodge, but if you get caught up, you’re going to get punished, and possibly one-shotted. The boss also sports a flaming sword, which produces chip damage even if you block, forcing you to be more aggressive. It was a standard but fun fight.

One problem area I noticed during my hands-on session however was the frame rate. There was often times a lot of enemies on-screen, but it chugged on all of those occasions. Bloodborne was 30fps as well, but it’s high-time that the series moved on without needing a re-release to bring us into higher territory — Scholar of the First Sin is incredibly smooth at 60fps. For reference, the build we played with seemed to be PC-based, using an Xbox One controller.

Another sort of more personal issue I had was the fact that it felt a little too samey. As I mentioned above, Lodeleth felt like an amalgamation of existing areas in past Souls games. Even something like Huntsman’s Copse in Dark Souls II, which is for all intents and purposes a “forest area” that had been done before, felt like something completely different. Bloodborne was a breath of fresh air, providing a unique perspective with a harrowing blight and a darker tone in general. With Dark Souls III, I’m distinctly getting the feeling of “more Souls,” which for the most part is a good thing, but did wear on me a bit even during my brief time with the game.

It took me roughly 30 minutes to make my way through the demo area and defeat the Dancer — of which I was the first in the group to do (though Steven beat the boss in one shot!). At the end of it all, amidst the claps from my colleagues and the Namco Bandai reps, I felt that sense of accomplishment that I’ve felt since downing the Phalanx boss in Demon’s Souls.

I think Dark Souls III will be fine.

[Disclosure: Bandai Namco provided travel to the event, as well as dinner.]